After securing funding in the British government’s 2020 budget, the Midland’s Rail Hub and the wider Midlands Engine Rail project are striding forward. 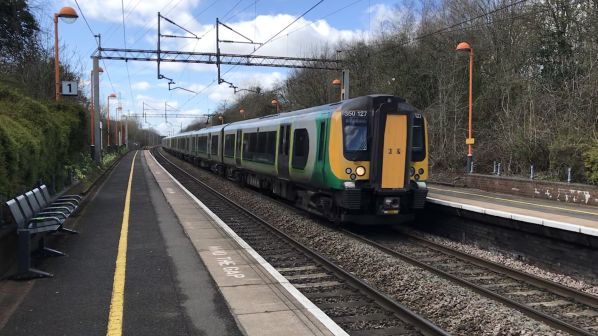 The plans free-up capacity at Birmingham New Street, a major pinchpoint on the British network.

David Burroughs looks at what’s next for these schemes and how they will improve rail services in central England.

As development on High Speed 2 (HS2) steps up with the issuance of the formal notice to proceed with detailed design and construction last month, plans are under development to make best use of the new level of service, speed and capacity that the high-speed network will bring.

The £3.5bn Midlands Engine Rail initiative, comprising seven projects, is a programme of improvements designed to deliver a step-change in rail connectivity across central England, spanning from Herefordshire in the west to Lincolnshire in the east.

The flagship project is the £2.02bn Midlands Rail Hub, an ambitious programme of new and upgraded infrastructure to be implemented in phases by 2033 that will strengthen rail links between Birmingham, Leicester, Derby, Nottingham, Coventry, Worcester and Hereford.

The average speed on the Leicester - Birmingham and Nottingham - Birmingham routes is currently less than 80km/h, while Coventry and Leicester, two major cities with a combined population of over 600,000, have no direct train service. Direct services between Birmingham and Hereford run just once per hour.

The “Hub” title is a bit of a misnomer, says Midlands Connect head of technical programmes, Mr Simon Statham, as the project involves 15 different elements across the region.

Work includes construction of the Bordesley Chords, two viaducts running south from Birmingham Moor Street, which will create new paths to the East midlands and southwest; the reinstatement of direct services between Coventry, Leicester and Nottingham via a dive under, flyover or reversal at Nuneaton; new track and improved signalling to increase line speeds, reduce journey times and avoid network congestion; and additional track to create extra capacity for freight.

“Without the viaducts there is no rail hub because they’re the things that get you the extra capacity.”

The plans will increase line capacity by six million additional rail journeys a year, creating space for up to 24 extra passenger trains an hour. These improvements will bring 1.6 million more people to within an hour of the region’s biggest towns and cities by public transport. With four of Britain’s five busiest rail freight routes running through the midlands, the plans will also benefit freight. Services south to Bristol and Cardiff will also benefit.

The Bordesley Chords to connect the King’s Norton - Birmingham New Street line to Birmingham Moor Street where another two platforms will be built will increase connectivity and capacity at Moor Street station, which is adjacent to the future Birmingham Curzon Street HS2 station. “They’re about half the cost of the whole project, but they are the two elements that bring the whole project together,” Statham says. “Without the viaducts there is no rail hub because they’re the things that get you the extra capacity.”

A Strategic Outline Business Case for the Hub was submitted to the government in June 2019, and the project was subsequently allocated £20m in the March budget for the development of an outline business case over the next two years.

This will develop the engineering elements of the project, as well as consider the costs, the land required, and how long it will take to implement. Asked whether there is sufficient capacity within Britain’s rail industry to develop the project at the same time as HS2, Statham says this will also be considered during the outline business case phase.

An Outline Business Case has already been developed for the Birmingham Airport Connectivity project, which was due to be submitted to the government in March. The project will look to capitalise on the 49 minute journey time between London and Birmingham offered by HS2, positioning the airport as an alternative to London. Birmingham International Airport currently operates at 50% capacity on average, and could step in to provide the extra capacity required following the successful challenge against the construction of a third runway at Heathrow.

“We’ll be fighting tooth and nail to keep it as one programme for as long as possible.”

As the project advances, Statham says elements will need further examination to ensure they offer the best value for money.

“We’ll be fighting tooth and nail to keep it as one programme for as long as possible so things that might look too difficult or offer lower value for money aren’t discarded too early,” he says.

One such upgrade is the reinstatement of the fourth platform at Birmingham Snow Hill station. The project won’t provide any new services to the station, but will improve capacity at Moor Street station by allowing more services to terminate at Snow Hill.

The most difficult element of the project so far has been unifying the support from local authorities across the east and west midlands to ensure the benefits are as widespread as possible.

The project, or at least the Hub element, has received government support. The Conservative Party included the project in its General Election manifesto and awarded funding in its budget on March 11. Statham says he expects this support to spread to other elements of Midlands Engine Rail.

“We do keep saying that Midland Connect proposals are a bargain,” he says. “Even the full Midlands Engine Rail is just over £3bn, which compared with some other proposals around is great value. For the amount of political good will and economic benefit you can generate for £3bn in the midlands over a 10 or 12 year period, I can’t see why any government wouldn’t get behind it.”

While the Rail Hub will benefit from HS2 bringing a greater number of passengers into Curzon Street station, the Hub does not need to wait for completion of the high-speed project to realise some benefits.

Indeed, many of the benefits included in the business case come from the direct connection it will provide from Herefordshire, Worcestershire, southwest England and Wales to the high-speed network via Birmingham.

“The way that we sometimes describe it is that we change the ‘Y’ of HS2 into an ‘X,’ because we’re going to get quicker and more frequent services down to the southwest, Worcestershire, Hereford, Bristol, Cardiff, and so on,” Staham says. “While it’s not a direct train these are still very easy connections to make.”

The wider Midlands Engine Rail project, however, requires closer integration with HS2, with some projects such as the Birmingham Airport Connectivity and Birmingham - Shrewsbury elements making use of released capacity.

Many of the other elements are designed to provide better, faster connections to the HS2 East Midlands Hub in Toton, which is half way between Derby and Nottingham.

Conventional compatible lines, which will be able to carry HS2 trains, will enable passengers to travel from Leicester and Nottingham city centres onto the high-speed network without changing trains.

This will also reduce journey times across the region, with Leicester - Leeds dropping from 2 hours to 45 minutes; Nottingham - Birmingham falling from 1h 15min to 33 minutes; and Derby - Crewe reduced from 1h 19min to 59 minutes.

To deliver the full range of benefits on offer in the Midlands Engine Rail programme, the scheme will require the backing of government, industry and local authorities. If this happens, the programme will provide a much-needed improvement for people travelling to, from and through central Britain by rail.