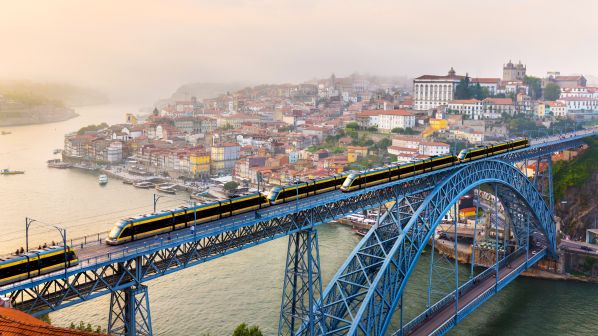 CITIES continue to exert an almost magnetic attraction on people around the world. Today, just over half of the global population lives in urban centres. According to the United Nations World Urbanisation Prospect, this figure is set to rise to around two thirds by 2050. In absolute terms, this equates to an additional 2.5 billion city dwellers. Because road networks are unlikely to be able to cope with such an increase in population, rail is set to become the backbone of quick and reliable public transport. This means we must either build new lines or use existing rail networks more efficiently.

Currently, relatively long distances must be maintained between trains, with the absolute values of these headways varying from metro to commuter and high-speed traffic due to the speed of these trains. Their purpose, however, is to ensure trains can always stop safely even under the most adverse conditions. Environmental conditions are a key factor: is the surface of the rails wet or dry and is it clean or dirty? Other factors such as load measuring tolerances must also be considered. But while long headways between trains are crucial to maximise safety, they also limit the extent to which capacity can be utilised efficiently. What if leading-edge braking technology could reduce train headways without compromising safety, and contribute to more frequent services and significantly more stable timetables?

Knorr-Bremse’s Reproducible Braking Distance (RBD) project aims to develop precisely such a technology. As a world first, a team of Knorr-Bremse engineers is working to integrate three separate elements:

Combining these technologies will allow us to significantly reduce the variation of braking distances. In turn, this will enable us to reduce distances between trains, achieve further operational stabilisation and improve punctuality where the gaps between services are already very short, and thus use the existing infrastructure more efficiently. Together with the installation of ETCS, this suggests that capacities could be increased significantly, especially in closed networks and under ideal conditions.

But how precisely does RBD work?

The benefits of enhanced braking distance reliability extend beyond transport capacity. With RBD, it will also be possible to significantly increase timetable stability.

The braking architecture employs sensors installed in every vehicle on a train, so that the actual effect of the deployed braking power is communicated to the brake control system in real time. The DCC then instantly adjusts the deceleration force to the required level.

This means we can achieve optimal deceleration for the current track gradient at any given point in time, regardless of vehicle load and friction material performance and, as a result, substantially reduce the variation in maximum braking distances. As a result, the residual risk of a train failing to stop safely on a given, clearly defined section of track is significantly lower.

This enables significantly higher brake force transmission under track conditions in which, until now, almost no brake force could be transmitted.

The third RBD element is a situation-specific sanding management system that for the first time is designed to take effect along the entire train. These systems increase wheel-to-rail adhesion in adverse conditions by blowing the optimal amount of sand between wheel and rail. The aim is to develop a system that is distributed across several wheelsets and is adapted to local variables such as dirt on the tracks, sand consumption, installation space and life cycle costs. This functionality increases the brake force transmitted between wheel and rail, thereby reducing braking distances under adverse track conditions.

The benefits of enhanced braking distance reliability extend beyond transport capacity. With RBD, it will also be possible to significantly increase timetable stability. On high-frequency metro lines, for example, subsequent trains can experience a direct knock-on delay if boarding and alighting takes just a few seconds longer than scheduled. If some of the time saved by RBD is used to increase capacity and the rest is used to build additional recovery time into the timetable, the next train on the line will no longer be affected if the one in front takes slightly longer than scheduled to depart the station.

RBD will also support Automatic Train Operation (ATO), which Knorr-Bremse is already helping to realise. On an ATO train, a braking system fitted with RBD could take over functions that could previously only have been performed by highly skilled drivers drawing on their wealth of experience to anticipate unexpected situations such as the track suddenly becoming wet. Moreover, short onboard response times remove the need to carry out control operations via slower off-train ATO and control systems. As well as not always being able to respond fast enough to sudden situations, these off-train systems also require costly investments such as additional balises along the track.

Although RBD is still a major R&D project at Knorr-Bremse, the individual technologies are already proving their worth today. For example, we have begun installing the smart sanding system in some projects and we expect that the combined DCC deceleration control system and adaptive wheel slide protection system will be ready for volume production in 2023. Moreover, the technical and commercial benefits of a full RBD system are currently undergoing virtual testing in cooperation with a large urban rail operator, with promising early results.

As well as having to meet the technological challenges within a specific timeframe, we understand that the market launch of RBD will also depend on obtaining regulatory approval. Manufacturers, infrastructure operators, fleet operators and transport authorities must engage in a close dialogue to pave the way for the overall system by agreeing on systemwide interfaces and responsibilities.

We believe that the RBD system approach fits neatly within the wider context of policy initiatives such as the European Union’s Green Deal and Germany’s Rail Pact. Both aim to strengthen the rail sector as an eco-friendly means of transport by increasing passenger numbers and promoting modal shift in support of the transition to genuinely sustainable urbanisation.