While Indian Railways continues to invest in new rolling stock and technology, its attempts to involve the private sector in train operation and station development projects have fallen flat, as Srinand Jha explains. 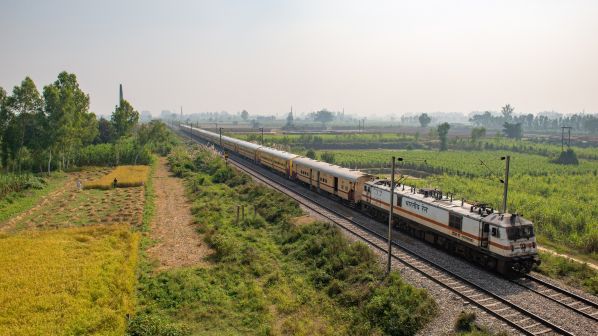 Indian Railways has announced plans to permit private operators to serve 100 routes, but is seemingly unwilling to address the operators’ concerns. Photo: Shutterstock/PradeepGaurs

INDIAN Railways (IR) is on the verge of making major investment decisions this year. On April 21, awards will be announced for procurement of a record 90,000 wagons over the next three years under a Rs 310bn ($US 4bn) contract. Later this month or next, global bids for a Rs 240bn contract will be floated for the manufacture and supply of 200 sleeper class EMUs comprising 3200 coaches under a “Make in India” initiative. At the start of the 2022-23 financial year, IR will also be inviting tenders to install the indigenously developed Train Collision Avoidance System (TCAS), known locally as Kavach, on a 2000km network. Bids are also scheduled to be floated in April for the redevelopment of five major railway stations. In short: bids worth an estimated Rs 1 trillion will be floated at the start of the financial year.

India’s 185-year-old national railway - the world’s fourth largest rail network - has continued to groan under the increasing weight of its institutional and financial burdens. In the last two years, IR has been reprimanded twice by the office of the Comptroller and Auditor General of India for manipulating statistics to keep the operating ratio within 100%.

Several past committees of experts including those headed by Mr Rakesh Mohan, Mr Sam Pitroda and Mr Bibek Debroy recommended unbundling the organisation as a prerequisite to corporatise the sector to enable infusion of private funds and new technology. However, IR has appeared to only shuffle its feet towards privatisation in the last decade and a half. While IR has made grand announcements to modernise the organisation through private sector involvement, these plans have largely failed to materialise.

“It is not possible for a single company to purchase IR. This is one reason why privatisation moves have remained stalled.”

IR, with fixed assets worth Rs 6 trillion excluding the value of the land it owns, is also amongst the country’s top employers with 1.25 million employees on its payroll, plus 400,000 temporary and contract workers. IR owns 4.81 million hectares of land, 90% of which is used for tracks, structures and colonies, while 51,000 hectares are vacant. IR is divided into 17 zones, seven production units and several public sector undertakings, and is the last of the monopolies of the Indian government. IR transports 24 million passengers and 110 tonnes of freight daily, operating 13,000 passenger and 8500 freight trains along its 68,000km route network serving 7300 stations.

“Because of its humongous size and adverse factors such as declining economic health and a big employee burden, IR has been unable to present itself as an attractive sale option,” says Mr Subodh Jain, a former IR board member. “It is not possible for a single company to purchase IR. This is one reason why privatisation moves have remained stalled.”

There has apparently also been a reluctance for change in the rail bureaucracy. IR’s efforts to engage with the private sector have been perceived as being condescending and half hearted, while private players also have complaints that the plans are badly thought out. For its part, IR does not appear to have done enough to rectify such perceptions.

Last year, for example, IR announced with much fanfare plans to permit private operators to serve 100 routes. But with IR seemingly unwilling to address the concerns of private operators, the scheme failed to take off. In the absence of an independent regulator, private companies expressed their fears on various issues including disadvantageous exit clauses and IR’s insistence on mixing unremunerative trains with the remunerative ones within one cluster. The operators also wanted the freedom to choose train timings and destinations within a large city, as well as a more equitable revenue sharing regime. With IR unwilling to give way on any of these points, the private operators walked out, and the bid was eventually cancelled. IR has not yet produced a second and a revised bid document.

Plans to corporatise production units as a means of developing a public-private partnership for rolling stock manufacture was announced more than two years ago. But, fearing opposition from the unions, or possibly because of IR’s reluctance to give up its own turf, the plan has remained in cold storage.

The scheme for station redevelopment and land monetisation have been promoted as pet projects of several railway ministers. The IR Station Development Authority (IRSDA) and the Rail Land Development Authority (RLDA) were set up. However, the IRSDA was wound up last year after seven years of inactivity, while the RLDA has not made significant progress in the last 10 years.

Meanwhile, IR unveiled its Bharat Gaurav policy last year offering private operators the ability to lease trains from IR and run them on theme-based circuits as special tourism packages. With the scheme having generated a limited response, the concept appears to have gone off IR’s radar.

Privatisation cannot be considered the panacea for all of IR’s problems. “But a judicious mix of the private and public sector can not only be mutually beneficial, but also help achieve the upgrade and modernisation goals in a more rapid manner,” says Mr Sudhanshu Mani, a former IR general manager. To meet such goals, however, IR appears to have been floundering. The main problem, former railway board member Mr R R Jaruhar says, is that the “rail bureaucracy is resistant to change and continues to function in a time warp.”

In recent months, the Indian government has demonstrated its commitment to change. A unified cadre called the Indian Railways Management Service (IRMS) has recently been put in place, with the declared aims of eliminating the culture of working in silos. Earlier, the National Monetisation Plan was announced which includes targets identified by the Ministry of Railways. An inter-ministerial Land Monetisation Authority has also been created.

For its part, IR has also trained its gaze on the task of revenue generation. For the first time, for example, IR’s wagons tender contains performance guarantees and penalty clauses. “These are positive signs, demonstrating IR’s seriousness on revenue generation activities,” says Mr Umesh Chowdhury of Kolkata-based Titagarh Wagons.

Mr Alain Spohr, Alstom India’s managing director, is also upbeat. “From what we understand, IR is re-evaluating its policies to allow for greater participation from the private sector,” Spohr says. “This will help bring in world class technology and processes, heralding a new era in the country’s public transport systems.”