THE ghastly deaths of 59 festival-goers in a freak accident near the northern Indian city of Amritsar in October cast a pale of shadow over Indian Railways’ (IR) recent safety improvements. 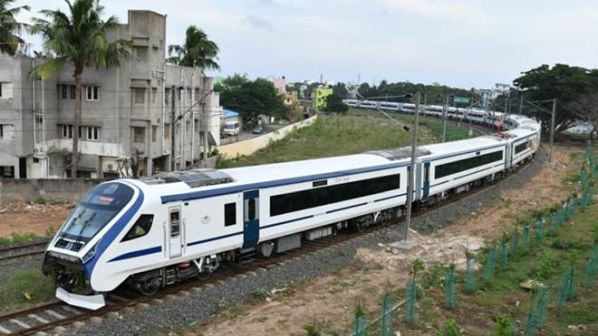 In the last seven months of the year, 3402 of the network’s 3479 unmanned level crossings had been eliminated, while 3758 of 37,689 bridges that are over 100-years-old have been repaired or rebuilt. The results of such efforts were clearly visible: before Amritsar, 29 rail-related accidents had been reported - down from 57 deaths in 2017.

While the passenger safety graph shows improvement, IR remains in difficulty. The railway’s Operating Ratio has deteriorated due to the continuing loss of freight traffic to road, air and pipelines as well as falling earnings from passenger services. Couple this with the spiralling costs of wages, pensions and working expenses, and after the first two quarters of fiscal 2018, IR’s Operating Ratio was at a high of 117.31%.

Successful trials of the Train-18 - a domestically-developed distributed-traction inter-city train - is seen as one of IR’s big positives of 2018.

The scaling up of construction activities on the Mumbai - Ahmadabad high-speed corridor is similarly encouraging. “Tenders for civil construction will shortly be floated, while 90% of the land required has already been acquired,” confirmed a National High-Speed Rail Corporation Limited (NHSRCL) spokesman. “The project is on target and will meet its completion deadline of 2024.”

There are also signs that the Dedicated Freight Corridor (DFC) project - India’s largest rail infrastructure scheme - has sprung back to life after a long hiatus.

In November, the Dedicated Freight Corridor Corporation of India (DFCCIL) completed trial runs on the 194km section from Bhadan to Khurja in India’s northern state of Uttar Pradesh on the Eastern DFC. This follows the operation by DFCCIL of the first double-stack container freight train on the 190km stretch from Ateli to Phulera on the Japanese International Cooperation Agency (Jica)-funded Western DFC in August.

IR’s challenges are many. But upgrading and modernising its infrastructure remains a formidable task.

While the state-owned company has focused capacity enhancement on doubling, tripling and quadrupling track on key routes in recent years, the task needs to be pursued with bigger gusto in the coming year.

Of equal importance is cutting bureaucratic red tape to ensure that big-ticket projects do not suffer unnecessary delays. IR’s Rs 25bn ($US 357m) plan to import modern trains from European or Japanese vendors, for instance, has been pending for over two years. Signalling upgrade plans have also not moved forward while work on the construction of the Chenab bridge in Jammu and Kashmir - billed as the world’s highest rail bridge - has been at a standstill because of reported differences between the contractor and the supervising agency. No less significant, the task of restructuring rail bureaucracy remains incomplete.

IR again faces a year of challenges in 2019. It remains to be seen whether solutions to any of its fundamental issues can be found.