Completion of India’s first high-speed line, linking Mumbai with Ahmedabad, could take five years longer than expected, mainly due to delays in acquiring land in the state of Maharashtra. Srinand Jha explains the ramifications of the delay and the problems this will cause. 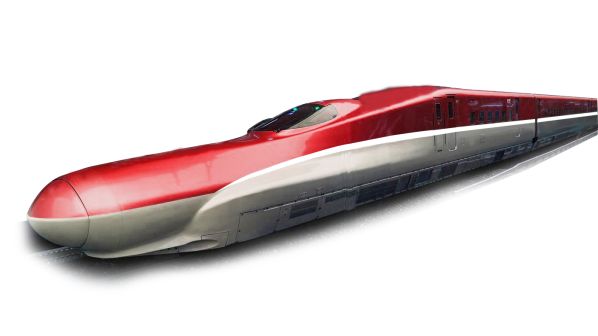 TRIAL running is expected to start on a 50km section of the 508km Mumbai - Ahmedabad high-speed line - India’s first high-speed rail project - between Surat and Bilimoria in the state of Gujarat by 2023-24. However, it looks as though passengers will have to wait a lot longer than expected to travel on the entire line.

Indications are that the completion deadline of the Rs 1.08 trillion ($US 14.3bn) project, which is funded by the Japan International Cooperation Agency (Jica), will be extended by five years from December 2023 to December 2028. Mr Achal Khare, managing director of India’s National High Speed Rail Corporation Ltd (NHSRCL) said as much in a recent interview. “We would try to do something by 2023-24,” he said, hinting at plans to launch limited trial runs around that time.

Execution of the project appears to be going at a tangent. For example, while 94% of civil works contracts for the 384km Gujarat portion of the line have been awarded, revised estimates for project costs have yet to be calculated. “This is like putting the cart before the horse and could lead to future complications including possible litigation issues,” says a former Indian Railways (IR) official, who did not wish to be quoted.

Indications are that the completion deadline of the Rs 1.08 trillion ($US 14.3bn) project will be extended by five years to December 2028.

Decisions taken in past months have been at variance from the terms of the original contract signed between India and Japan in 2017. For example, track laying work was recently opened up to Indian contractors and Japan Railway Technical Service (Jarts) has even signed an agreement with NHSRCL for training, certification and advisory services for track construction in two packages in Gujarat state, even though the original contract does not refer to the possible involvement of Indian companies in track laying.

In past months, the India government has pushed for the entry of domestic private entities in areas such as construction of steel bridges and viaducts, while the 2017 Memorandum of Understanding (MoU) says that these structures would only be constructed by Japanese contractors using materials including cement and steel imported from Japan.

Eyebrows have also been raised at the NHSRCL’s approach in unofficially dividing the project into Gujarat and Maharashtra (156km) packages, while deciding to implement the Gujarat portion first. Last month, the NHSRCL signed an agreement with Japan Railway Track Consultants (JRTC) for track work on the 237km stretch between Vadodara and Vapi in Gujarat. Incidentally, sanction from the Indian Cabinet has not been obtained for such decisions. According to ministry sources, railways minister, Mr Piyush Goyal, is said to be unhappy with some of the decisions taken by the NHSRCL.

The India-Japan MoU includes the precondition that civil works can start only after 80% of the land required for the project has been acquired. But the NHSRCL had acquired only 23% of the total land requirement of 432Ha in Maharashtra up to February.

With unending tussles over land acquisition in Maharashtra state and continuing disagreement between India and Japan over revised project costs, the two countries have apparently decided to hit the ground without waiting for critical issues to be resolved. At face value, this is a sensible idea except when one looks at the fine print.

“Partial opening of a standalone HSR line would be meaningless and would hold only symbolic value.”

Around 80% of the projected ridership, as calculated in the Detailed Project Report (DPR), is expected to be generated by people travelling between Mumbai in Maharashtra and Ahmedabad in Gujarat. If the project is implemented in phases, by connecting just two or three cities in Gujarat initially, the low anticipated ridership on the Gujarat section would not cover operating costs. Therefore, the big question is, will Jica continue to fund a project that is designed to operate at a loss until the entire line is completed?

“Partial opening of a standalone HSR line would be meaningless and would hold only symbolic value,” says rail consultant and former IR manager, Mr Sudhanshu Mani, who is known as the pioneer of India’s indigenous Train-18 180km/h EMU project. “Such an approach would also lead to an extension of the completion targets.”

The revised approach on project delivery apparently suits both India and Japan. In the midst of the raging coronavirus pandemic, India finds advantage in kick-starting the project prematurely in order to revive its sagging economy, even though Jica will apparently need to pump in funds to cover the tender contracts that have been awarded for the Gujarat section.

Facing negative interest rates, Japan is apparently keen on getting to work on the 26km underground section from Bandra Kurla Complex to Kalyan Shilphata in Mumbai. This Rs 220bn section will enable Japan to demonstrate its high-speed rail technology. Japan also wants to get on with manufacture of the fleet of series E5 Shinkansen trains to operate the line. India is committed to buying 49 trains at an estimated cost of Rs 100bn. Six of the trains will be supplied as kits and assembled in India.

Khare, who retires in June, will also have the chance to leave a legacy as an action oriented official. NHSRCL spokesperson, Ms Sushma Gaur, says the corporation is attempting to extract the best in the challenging circumstances. “The entry of Indian players will bring down costs and also further India’s goal of being a self-reliant country,” she says.

However, former Railway Board member, Mr Subodh Jain, has a different opinion. “Such an approach may earn brownie points for policy makers in the short run, but will eventually hurt the project,” he predicts.