Inspiring rail’s next wave of engineers

Since launching in 2009, British-based education consultancy, Class of Your Own, has provided real-world civil engineering, architecture and construction experience to hundreds of young people. Founder and chief executive Alison Watson tells Oliver Cuenca about the importance of inspiring the next generation. 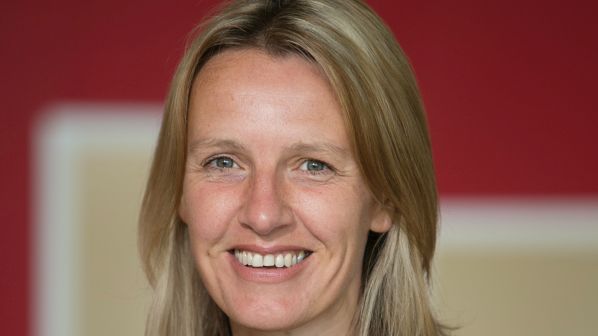 CLASS of Your Own (Coyo) is an educational consultancy aiming to provide young people with the technical skills and enthusiasm for the “built environment.” The company runs the accredited learning programme Design, Engineer, Construct (DEC), which empowers students to design and engineer their own project.

The programme, which has now been adopted in 59 schools, provides teacher training, technical workshops, online resources and access to industry-standard tools, including computer-aided design (CAD) software such as Revit and Bentley.

DEC also partners schools with construction industry sponsors, which provide funding and support for students as well as access to live projects, including site visits and digital models and initiatives such as shadowing days and work experience.

“Students will finish the programme with a great big wad of a portfolio to show for it.”

Alison Watson, chief executive at Class of Your Own

When Watson founded the company in 2009, the aim was to address what she saw as a failure to engage young people in the world of construction. “The usual thing that contractors did was to show them a few assembly charts and give a few badly delivered young enterprise events where the ethos was ‘let’s pretend we’re builders,’” Watson says. “I just found the whole thing really frustrating and disappointing.”

Watson says that the construction industry continues to suffer from a lack of exposure to young people, and a lack of knowledge about what skills the industry needs. She highlights the enthusiasm surrounding careers in the game design industry but says that few students know that the same skills could apply to construction.

“Look at HS2, and the sorts of data visualisation they use,” Watson says. “They can’t just lay a track and see what it looks like, they have to visualise it. All the animation skills, and the analytical skills needed to assess impact on the environment, economic impact, social impact, they’re all great. Let’s give kids the opportunity to use them.”

Watson says that a key element to her strategy is to maximise students’ engagement by encouraging them to see the skills they learn in school in terms of real-world engineering applications and offering them the chance to apply their skills to tasks which mirror real industry standards.

Indeed, Watson says that too many schools are still focused on traditionally taught subjects such as maths, literature, science and languages, which prioritise theory over practical applications.

“The built environment is all those things and more,” she says. “It’s one thing to learn geometry or trigonometry. But unless, you’re going to use it, you will forget it very quickly.”

She highlights a recent visit to one school in Manchester, where the British government’s new T-Level technical qualifications were introduced this year. She found that tutors were lacking in confidence because they were dealing with concepts such as regulations, digital, and sustainability with which they were unfamiliar.

“I think the problem a lot of the time to me, is that politicians or education bureaus will put stuff together, and be very well meaning, but they don’t talk to parents, teachers and children often enough to get it right,” she says.
Watson says Coyo tries to avoid this pitfall by taking a non-traditional approach to teaching by giving pupils more hands-on control of their learning.

Watson highlights a new collaboration with Liverpool City Council in which students in the city will be asked to create a ‘digital double’ of a new housing development in the Stonebridge Cross area. The virtual model will incorporate Internet of Things (IoT) functionality which dynamically reacts to real-world conditions while the students will design public transport infrastructure, integrating the new neighbourhood with existing and planned rail and transport networks as well as planning the design of housing, roads, utilities and other infrastructure. The students will also learn to manage tasks such as surveying, planning applications and tree preservation.

“Rail has never been more of an opportunity for young people, and will never again.”

The businesses and institutions involved in the programme are also benefitting. Beyond just seeking publicity, these institutions continue to support the programme out of a real desire to encourage new talent into the infrastructure construction industry.

Despite most DEC schools being based in Britain, Watson says that the programme is beginning to expand overseas. Dubai’s Fairgreen International School adopted the curriculum in 2019 and Coyo is in talks with the Malaysian government to partner Malaysia’s Prince of Wales Island International School in Penang with the Bayan Lepas LRT line project.

Watson says Coyo is always looking for new partnerships. A dream opportunity, she says, would be to partner the 11 schools in Edinburgh with the project to upgrade the city’s Waverley station.

“Rail has never been more of an opportunity for young people, and will never again,” she says. “It’s not just HS2, there’s lots of fantastic stuff going on in rail. Let’s exercise our children.”