Intelligent technology to form the backbone of a sustainable railway network 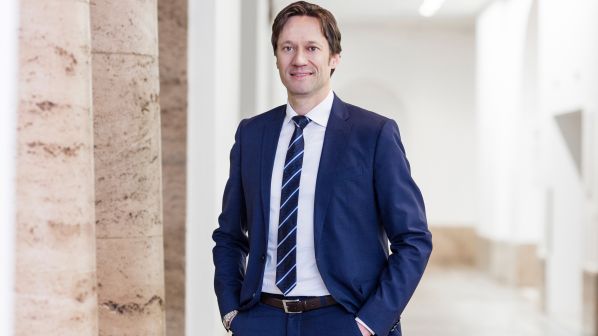 THE challenges which the global climate emergency pose for the transport industry are rapidly coming into focus for Siemens Mobility, says Mr Michael Peter, one of the comany’s two CEOs. Peter believes rail needs to become the backbone of mobility with electric vehicles covering the last mile in cities.

“While 25% of CO₂ emissions are caused by transport, rail is already the most eco-friendly form of powered transport and has the potential to be carbon free with more electrification combined with regenerative braking,” Peter told IRJ.

“The big challenge is to run twice as many trains as we do today in order to double the number of passengers travelling by rail to cut CO₂ emissions.” Rather than laying more tracks, Peter says capacity should be increased using things such as intelligent signalling, driverless operation and digitally controlled stations to move the passengers around quickly.

“Waiting times for trains should be no more than two minutes in cities to make public transport really attractive,” Peter says. “We also need last-mile solutions to get passengers from the station to their final destination. We are investing in self-driving minibuses, which are being tested in Singapore and Munich and could be available commercially in five to 10 years. We are not trying to compete with the car industry in developing autonomous vehicles, but we are adding our own technology to develop intelligent intersections for example.”

While some new technologies, such as hydrogen and battery-powered trains, and various forms of hybrid traction have a role to play in reducing carbon emissions, Peter does not believe they will ever have the impact of full electrification. For example, the Siemens Mireo Plus hydrogen train has a range of up to 1000km for a three-car train, and the Mireo Plus battery version is limited to 80-120km for a three-car train.

Peter points out that Siemens is already doing a lot to improve the efficiency of its products. “Our new Velaro high-speed trains consume 30% less energy than our previous generation of high-speed train, which is not just an evolution but a big step forward.”

Technology is helping to improve efficiency. “Driverless operation and the use of software can reduce energy consumption by up to 25% on metros,” Peter says. “On Copenhagen S trains we have an energy driving model to avoid sharp braking.”

Siemens is already involved in bringing ATO to mainline railways. “We developed ATO over ETCS on the core section of the Thameslink network in London, and we are now taking it further with German Rail’s (DB) ATO project on a section of the Hamburg S-Bahn,” Peter says.

“Siemens is a technology company which makes us different from other companies and enables us to take full advantage of the digital revolution to improve our products,” Peter continues. “For example, in signalling we are moving the monitoring of interlockings into the cloud to achieve 100% availability. All the systems we sell today are interconnected so, for example, we know if a train door has a fault before it reaches the depot and we can fix problems before they cause a breakdown. We are also using Artificial Intelligence to analyse the functioning of point machines.

“On the rolling stock side, our strategy is based around the empty tube concept, to give complete flexibility with the interior design, and making trains as energy efficient as possible.

“Regarding digital twins we are working closely with Bentley Systems, which comes from the 3D and business information modelling (BIM) world. For example, by using a digital twin of a tunnel we can place our design into it to produce a live model.

“The rail industry has been a slower adopter of digitalisation because of the high reliability and safety requirements, but there is a lot of enthusiasm,” Peter continues. “I am quite optimistic that we are on the verge of seeing major changes, but it is quite a journey ahead regarding the infrastructure and the social environment to change the way people think.”

Peter has also noticed a change in the way customers are thinking. “Cities are beginning to regard public transport as green and a differentiator to attract jobs,” Peter says. “They are also starting to redevelop complete areas with public transport as the backbone - this is already happening in Oslo and Copenhagen, for example.

“Many customers are thinking of a complete switch to modern technology. For example, Norway will replace its entire signalling system with ERTMS which will result in 75% less maintenance and a 75% reduction in delay minutes.”

Finally, the aborted merger with Alstom, which was designed to create a European champion to compete with the rapidly growing Chinese manufacturers, was obviously a setback, but Siemens is now thinking differently. “We liked the logic of it because it would have given us more volume to compete and we thought that regional presence of Alstom and Siemens would have been complimentary. But since then we have had tremendous growth and we feel strong in our current position as a technology leader,” he says.