Kapsch proposes ‘Made in Europe’ initiative 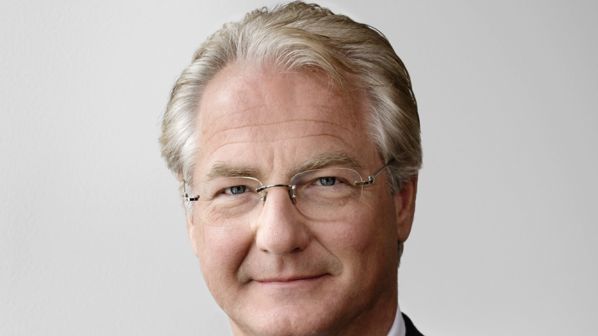 WHILE the slow pace of ETCS deployment in Europe remains a contentious issue, the rollout of GSM-R, the telecoms element of ERTMS, is an industry success story of the past 20 years. Railways in Europe and around the world have embraced the 2G telecommunications technology, which is proven to provide secure and uninterrupted cab radio services.

A handful of suppliers dominate the GSM-R supply market. Austrian telecommunications company Kapsch joined them in 2010 following the acquisition of the Carrier Networks Division of Nortel and the supplier’s GSM-R technology. The company has installed GSM-R on more than 80,000 route-km around the world, including national deployments in key rail markets such as Austria, France, Britain, and Germany, and on greenfield projects in Saudi Arabia and China.

Despite its leading position in the market, Kapsch CarrierCom CEO, Dr Kari Kapsch, is concerned by the pace of ERTMS deployment in Europe and its impact on the supplier’s GSM-R business. He is also worried about the effect on the European railway telecommunications supply sector in general.

With no major projects in the pipeline, and continuing hesitance over ERTMS in some countries, Kapsch says European suppliers could fall behind their Asian rivals which are pushing ahead with technological development. “The whole railway industry in Europe is still in a leading position but the distance to Chinese competition is getting shorter day-by-day,” he says.

This for Kapsch is compounded by China’s willingness to fund major international infrastructure projects, particularly in Asia and Africa, effectively closing off these opportunities to European suppliers.

This policy is also creeping into eastern Europe. Serbia began work to upgrade the 336km Belgrade - Budapest main line in July. Serbia is financing the work through a $US 297.6m loan from China Exim Bank, while Hungary will meet 85% of the expected Forints 550bn ($US 1.93bn) cost of its 152km section through a loan from the same Chinese bank. In exchange, Chinese companies will carry out the work on a link considered a key European connection in the One Belt, One Road strategy.

The banks and the European Union are unable to regulate such a project. However, Kapsch says it is imperative that there is competition. With Serbia a candidate country and Hungary a full member of the European Union, his solution is to integrate technical procedures in European projects that secure local value and local content.

“This is not forbidden and would be similar to the Made in USA initiative, but instead, ‘Made in Europe,’” Kapsch says. “We cannot stop competitors from coming here, but if they do, they should create value in Europe. This will also help to keep know-how and competence here in Europe. As a European company going to work in China, we have to partner with local companies. In the US, to comply with Made in the USA, we have to have our production plants there. Such an initiative would support the future of European industry.”

Kapsch highlights trends in the wider telecoms industry to support his point. He says that while Europe traditionally led in the telecommunications sector, Chinese competitors such as Huawei and ZTE are gaining a stronger foothold in the market to the detriment of European suppliers. “If we don’t pay attention in the railway segment, the same thing will happen,” Kapsch says.

‘A Made in Europe’ policy could provide a key foothold for European suppliers to lead the global railway industry away from GSM-R to its successor.
Kapsch says this next generation - the so-called Future Railway Mobile Communications System (FRMCS) - will be based on 5G technology “for sure.” However, he sees geographical differences in the approach to deployment. Asia is not waiting for the next generation but looking at existing IP-based 4G LTE technology and Kapsch believes there will be several major contracts around 2023-24 for deployment in 2025-26.

Elsewhere, while 5G is the optimal standard, Kapsch sees scalable and interchangeable solutions as a practical means of delivering a universal network.

As well as its own 5G research activities, Kapsch is heavily engaged in the European Union’s Shift2Rail joint technology initiative. As an associate member, Kapsch is leading work on projects in Innovation Programme 2 - Advanced Traffic Management and Control System. This includes work on the X2Rail projects, including the development of an adaptable communication system for all railways, which it is leading, as well as work on zero onsite testing, and cyber security.

Kapsch admits that it took some persuading for the company to commit to Shift2Rail, but he decided to do so after realising the possible opportunities from engaging in a cross-industry group.

“Through Shift2Rail different companies are working on the same targets and by sharing their know-how and experience they are finding solutions to common problems,” Kapsch says. “A big plus for us is that many of our customers are participating in the Shift2Rail story. This open integration is helping us to address the needs of the customer by coming at these problems from the same page.”

He adds that his big hope for the Austrian presidency of the European Union, which ended on December 31, was to secure a mandate for a second Shift2Rail initiative.

While technological research progresses, more work is required to solve what Kapsch considers the major challenge to the next-generation system: securing the radio frequencies that these networks will require.

As railways prepare to upgrade, Kapsch foresees the coexistence of legacy and next-generation telecommunications systems during a transition period, with GSM-R expected to remain operational until 2033-35.

With new networks set to host public services, they will inevitably demand higher bandwidth, which Kapsch says will only be available by accessing new frequencies. And with other industries also battling to secure the bandwidth they will require, most notably autonomous cars, railways are in a fight.

Yet for Kapsch, for one reason or another, the railway sector is not engaged as it should be in this debate.

He says this was highlighted by European transport commissioner, Ms Violeta Bulc, during her address at InnoTrans in September when she called for the full-scale deployment of ERTMS in Europe, and Kapsch hopes the message had the desired effect on those present. If not, the question of frequency could rumble on well into the next decade with potentially crippling consequences for the safety and security of railway.

“They have started to move but the speed is very slow,” Kapsch says. “There is an absence of leadership, and that isn’t just at the European level. They [railways] should be pushing at the national level to both regulators and local governments and informing them of this issue. DB is fighting for frequencies as are their French and British colleagues. However, other countries are counting their success on what DB is doing. They need to do it on their own.”