Korea’s 4th Nationwide Railway Plan approved last month calls for an investment of $US 100bn to expand the rail network in the next 10 years, reports Andy Tebay. 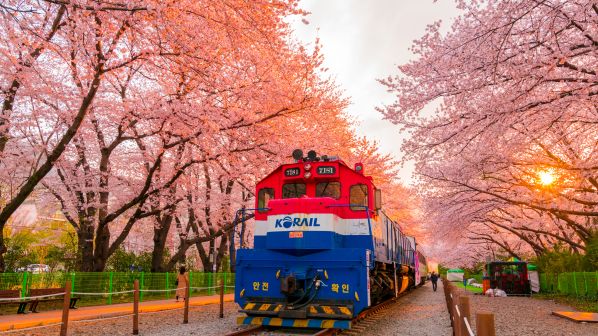 The Ministry of Land, Infrastructure and Transport plans to increase the capacity of the rail network by 125%, which would extend the 4274km network to 5341km. Photo: Shutterstock/Tonoitoo

KOREA published its 4th Nationwide Railway Plan on April 22 outlining the country’s future rail strategy. After a review by the Railroad Industry Commission, the Ministry of Land, Infrastructure and Transport (Molit) officially announced the approval of the new plan on July 5, confirming that Korea will invest Won 114.7 trillion ($US 99.88bn) in rail.

While these plans cover a 10-year period, they have been updated every five years since the first one was produced in 2006.

The fourth plan has the goal of creating a competitive rail network that can become the centre of green mobility in Korea. To achieve this Molit has outlined seven main objectives:

The latest plan has 44 projects covering 1448km of track. Overall, the ministry plans to increase the capacity of the rail network by 125%, which would extend the 4274km network to 5341km. This includes increasing the proportion of double-track lines from 61.4% to 78.3%. Electrification will also be increased from 3116km to 4183km.

“If extending the railway network is achieved according to the 4th Nationwide Railway Plan, high-speed, main line, and regional rail networks will be extended on a national level,” says a Molit spokesperson. “We look forward to policy effects such as balanced national development, strengthening competitiveness in major metropolitan areas, and bolstering connectivity between regional hubs.” The ministry also says that implementing the plan will boost rail’s modal share from 11.5% to 17% by 2030.

Since the launch of KTX high-speed services in April 2004, Korea has been focused on expanding its 300km/h rail network which now comprises three lines totalling 737.7km. Traffic increased by 65% between 2014 and 2019. Korea has also built some lower-speed lines such as the Jungang line, the southern 133km section of which opened in January with a maximum speed of 250km/h, and the 120.3km Gyeonngang line, which also has a top speed of 250km/h.

Korea has also expanded its regional rail network by 13% since 2014, but travelling within or between densely populated regions can still take a long time due to the operation of slow stopping services or gaps in the network.
The ministry says that it will look to secure more capacity for high-speed rail between both the capital and regions, and between major regional hubs. The plan includes the expansion of high-speed services by raising speeds on existing lines, introducing new high-speed services, and drastically reducing travel times between regional hubs.

The Jeolla, Honam, and Donghae lines will be upgraded to provide high-speed services, while the west coast will get its own high-speed line. Another major route of note includes a direct line from Gwangju to Daegu, linking the regions by high-speed rail for the first time. A new line is already under construction from Samcheok south of Donghae to Yeongdeok north of Pohang on the east coast. This will now be upgraded for high-speed operation all the way from Gangeneung to Pohang.

Missing links will be plugged. The line from Mungyeong to Jeomchon has been out of service since 1995. This section will be reopened with a new station in Mungyeong, and a new line is currently under construction from Mungyeong to Bubal with the first phase from Chungju to Bubal set to open in December.

It is planned to introduce 150km/h trains on the Incheon Airport line which will reduce the travel time to Seoul from 66 minutes to 55 minutes for stopping trains, and from 53 to 39 minutes for express services.
Three new lines are planned in the Seoul area:

These are densely populated areas that, despite being close together, take a long time to travel between using existing stopping services.

Plans to build a fourth GTX high-speed regional rail line in Seoul, which has been somewhat of a political football over the past year, were confirmed as part of the new plan which brings some more certainty as to where the fourth line will be located.

According to the plan, the GTX-D line will be built in the neighbouring city of Gimpo, from Jangi to Bucheon Stadium. Rather than building another line into Seoul, the GTX-D line will connect directly to the Songo - Maseok GTX-B line at Bucheon and share the same tracks to reach Seoul. The maximum capacity of the GTX-B line has been set at 270 trains per day, but with only 92 trains/day expected to operate initially, there is more than enough space for GTX-D trains. If the line is built in this way, it will mean a travel time of only 28 minutes to Yongsan in Seoul.

The annual amount of fine dust [emissions] is expected to decrease by more than 204 tonnes as a result of more people travelling by train.

Incheon City and Gyeonggi province had each put forward alternatives to building GTX-D. Gyeonggi wanted a 68km line passing through the business hub of Gangnam and terminating in Hanam City, which is currently experiencing a population boom with new residential developments. Meanwhile, Incheon had proposed a 110km connection to both Incheon International Airport and Gimpo, with a separate branch for each. In the end, neither were accepted. Despite the confirmation of the current route, due to the plan’s long-term nature, calls to build the line to Gangnam are expected to continue.

The cost of the current GTX plan is expected to be Won 2.2 trillion, while Gyeonggi and Incheon’s alternatives were estimated at Won 6.4 trillion and Won 9.5 trillion respectively.

There are 11 regional rail projects, many of which will reduce travel times between cities and regions by at least 50% and significantly improve life for citizens. In Gyeongsang province, a line from Jinyeong to the port city of Ulsan will cut a 2h 15min journey to just 37 minutes, and in Daegu a link with the town of Uiseong will reduce a 1h 58min trip to just 29 minutes.

Another goal of the plan is to reduce pollution as a result of increased railway use. The annual amount of fine dust (PM2.5) is expected to decrease by more than 204 tonnes as a result of more people travelling by train, while CO₂ emissions will be cut by 6781 tonnes, NOₓ by 3657 tonnes, and volatile organic compounds (VOC) by 536 tonnes each year.

Finally, increased rail usage is expected to reduce the number of annual road accident injuries by 10,343 and fatalities by 74.