This year’s European Railway Award ceremony on January 25 included a lively online debate over the effects of the Covid-19 pandemic, Europe’s response, and the prospects for the European Year of Rail. David Briginshaw reports. 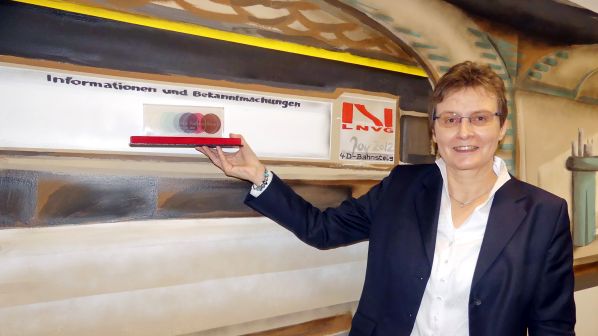 This was an apposite reminder of the need to reduce CO₂ emissions and maintain focus on the climate crisis despite pressing concerns about the devastating effects of the coronavirus pandemic on the rail industry and Europe’s response, which loomed large during the panel discussion at the virtual event.

“During the crisis we discovered that rail is resilient and reliable - trucks were held at the borders while trains continued to cross,” Mr Andreas Matthä, CER chair and CEO of Austrian Federal Railways (ÖBB), said. “However, the economic impact in the long-term might be dramatic.”

Mr Henri Poupart-Lafarge, Unife chair and CEO of Alstom, said the rail industry was “seriously impacted by the crisis in our factories and supply chains,” but pointed out that the industry showed “great agility” in adapting to the pandemic by doing things remotely and testing trains at a distance.

“Public funding to operators has helped to sustain the global rail industry,” Poupart-Lafarge acknowledged. “It is important that funding support does not stop suddenly - a brutal stop would be catastrophic for the rail industry and particularly for SMEs.”

“We need a level playing field at least between road and rail.”

Anna Deparnay-Grunenberg, a member of the European Parliament’s Transport and Tourism Committee

“We are grateful for the European initiative to have the toll [access charges] for rail reduced to below the direct costs,” Matthä added. “We are also delighted the EC has now extended this possibility, and I am calling on EU member states to widely use this possibility so that rail can be supported to aid its existence and recovery.”

“Why not reduce access charges for the long-term?” asked Ms Anna Deparnay-Grunenberg, who is a member of the European Parliament’s Transport and Tourism Committee. “We need a level playing field at least between road and rail.”

“We are looking at a basket of measures where we can internalise externalities,” Valean said. The EU estimates that pollution, CO₂ emissions, noise and congestion costs the EU €1bn annually. Valean says she believes that society now accepts the principal that the polluter should pay. “We are looking at an energy tax directive, an emissions trading scheme, and a Euro-vignette for road transport. We hope that member states will support this.”

“Now is the time to create the framework conditions at national and European level for fair competition between all modes of transport,” Matthä added. “Under improved conditions, the rail sector can successfully fulfil its role as the backbone for the European Green Deal.”

However, Deparnay-Grunenberg questioned whether the EC always lives up to the aim of supporting rail. “The budget for the EU Agency for Railways (ERA) was cut by €1.88m compared with 2020 at a time when we are asking it to do more, while the budget for the maritime and aviation agencies was increased.”

The EU wants rail to achieve a 30% increase in freight traffic by 2030 and to double current levels by 2050, while high-speed rail traffic needs to double by 2030 and triple by 2050. “This implies modal shift,” Poupart-Lafarge pointed out. “We should not be afraid to talk about modal shift - it is extremely important.” Matthä observed that if rail freight meets the 2030 target, Europe will save about 25 million tonnes of CO₂ emissions. However, none of the speakers recognised that the targets are likely to be much harder to achieve, particularly for the passenger sector, in the wake of the huge traffic reductions caused by the pandemic.

“With our EU recovery plan for Europe we have set aside €1.8 trillion to help rebuild a post Covid-19 Europe and rail has all the characteristics to become an important beneficiary,” Valean said. “I hope to see rail feature prominently in national recovery plans.”

Deparnay-Grunenberg said the national recovery and resilience plans must include funding to plug the missing links in the European rail network and relieve bottlenecks. “We are looking forward to the new rail connectivity index which should help to identify gaps in the European network and help us to invest more rationally.”

Regarding the Connecting Europe Facility (CEF) funding programme, Valean pointed out that 70% of CEF funding was allocated to rail projects in the past and she confirmed that rail will have a “central place” in the next CEF budget but without saying how much rail will actually receive.

“With the European Year of Rail, we want to shine a light on the many benefits of rail transport, and continue the necessary reforms and investments to make it the first option for our European citizens and businesses,” Valean said, setting the scene for the year ahead.