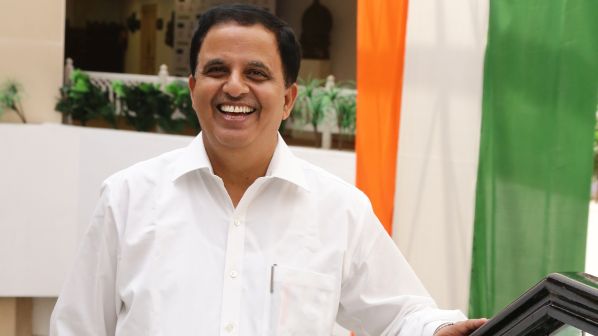 AFTER opening the first 8.5km priority section of Lucknow’s metro in September 2017, Uttar Pradesh Metro Rail Corporation (UPMRC) is building on the success of the line and the lessons learned during construction and operation to bring metro services to other cities in the region.

The priority section from Transport Nagar to Charbagh, which has eight elevated stations, served 130,000 passengers during its opening weekend. This popularity continued, with the line carrying one million passengers within the first 70 days of operation and reaching 11 million passengers by June 26 2019.

The second 17.3km section from CCS Airport to Munshipulia was inaugurated on March 8 2019. This provided a fresh boost for passenger numbers, which reached 25 million by March 5 2020. The line now carries an average of 70,000 passengers a day.

UPMRC has submitted a detailed project report (DPR) for the East-West Corridor of Lucknow Metro Phase 1B to the government, with work due to begin as soon as it is approved. The predominantly underground corridor will run from Charbagh to Vasant Kunj, connecting densely-populated areas in old Lucknow. Charbagh Railway station will act as the interchange between the two lines.

“Metro services connect the major nodes of the city and reduce commuting time as well as boosting connectivity.”

Alstom was awarded a €150m contract in October 2015 to supply a fleet of 20 four-car Metropolis trains as well as the CBTC signalling for the line. Keshav says this process of combining the rolling stock and signalling contracts prevented miscommunication between suppliers, and also allowed the fleet to be delivered within 64 weeks of the contract being awarded.

In order to convince people to use the metro for their daily commute, UPMRC conducted several feedback surveys in order to improve its services to better meet people’s expectations. UPMRC also hosted educational and awareness excursions at its stations to build its brand image. This was run alongside metro awareness sessions in schools and colleges and social campaigns and rigorous activity on social media.

Lucknow Metro also opened the stations to food outlets and other shops to increase footfall. Encouraging passengers to switch to using the metro has made a significant contribution towards reducing carbon emissions.

In order to make the metro more attractive, UPMRC is looking to improve first and last-mile connectivity. It has signed a memorandum of understanding (MoU) with transport consultants Urban Mass Transit Company (UMTC) and Uber to provide feeder services from metro stations. UPMRC is also planning to hire e-rickshaws as a convenient and eco-friendly feeder service.

UPMRC has submitted a Detailed Project Report (DPR) for the Lucknow Metro East-West corridor, which is currently awaiting approval from the government. The line will be predominantly underground and connect adjoining areas between Charbagh and Vasant Kunj, including densely populated zones in old Lucknow.

UMPRC has also prepared a DPR for the Gorakhpur Light Metro project, a two-corridor light rail project with a total length of 28km.

Keshav says the major challenge with all metro projects is garnering the support of the general public. “However, we were able to develop a favourable public opinion through consistent stakeholder engagement and community interaction programmes,” he says.

UPMRC also had to overcome a number of engineering challenges in order to build the Lucknow metro. This included the construction of a balanced 255m cantilever span, with a 105m-long central span and two 75m-long end spans, at Mawaiya railway crossing. The structure was built 21.5m above ground over a heavily-used road.

The construction of the depot also posed a challenge due to the large trees that were dotted across the former Pradeshik Armed Constabulary (PAC) facility. “We didn’t cut down any trees and instead transplanted or relocated them along the periphery of the depot using heavy cranes,” Keshav says.

Having a strong team was key in implementing the project, Keshav says, and he saw the line as an opportunity to provide experience for new staff members.

“People have this misconception that you always need an experienced team to ensure success,” he says. “My view is that if everyone prefers experienced professionals, how will the young fresh staff ever be able to gain experience? So I made it a point to recruit a young team of fresh engineering graduates and provided them with training to operate the trains and run the electronics and other departments. I am proud to say that 40% of our operators are women.”

Work on the 9km elevated priority section of the Kanpur Metro from IIT to Motijheel, including the construction of piling, pile caps and piers, began on November 15 2019. Construction is likely to be completed by the end of 2021, and UPMRC is aiming to commence operation on the full 23.79km line from IIT Kanpur to Naubasta, which will have 22 stations, by 2024. The 32km, two line network will be partly elevated and partly underground.

“I made it a point to recruit a young team of fresh engineering graduates and provided them with training to operate the trains and run the electronics and other departments.”

Covid-19 has affected construction but this was mitigated through strategic planning and a dedicated approach to ensuring staff remained safe while on site. Concrete casting began at the closed Casting Yard & Polytechnic Depot with a limited workforce on April 29 2020. Civil work on the corridor resumed on May 15 2020.

Staff were attracted to the project through the provision of medical aid and good accommodation. Keshav says this proved to be decisive in building trust among the workforce, which reached 1000 staff members 50 days after work recommenced.

On July 14 2020, after hearing a petition filed by UPMRC, India’s Supreme Court granted permission for work to begin on the Agra Metro project in accordance with specific guidelines under the recommendations of the Central Empowered Committee environmental watchdog.

The Agra Metro will have two corridors with a total length of 29km, with seven underground stations in the centre of the densely-populated city. Commercial operation of Agra Metro is also expected to begin by the end of 2024.

To maintain the overall ecological balance, 18,230 trees will be planted during construction.

On August 31 2020, the EIB signed a €650m funding agreement for the Kanpur Metro project. Local bodies have also contributed towards the project in the form of grants, and the private sector has emerged as a viable additional funding source.

UPMRC is exploring the outsourcing of rolling stock and signalling maintenance for the Kanpur and Agra metros and will adopt a public-private partnership (PPP) model for the automatic fare collection system to boost the revenue potential.

The major procurement packages for the metro systems are being conducted through the International Competitive Bidding (ICB) process.

Like the Lucknow project, UPMRC has awarded the rolling stock and signalling system contracts for Kanpur and Agra to a single supplier, this time Bombardier Transportation. Under the contract, Bombardier will manufacture 67 three-car metro trains equipped with CBTC at its Savli plant in Gujarat.