Huge investment is underway in the Greater Toronto and Hamilton Area in Canada. Metrolinx CEO and president Phil Verster provided an update on the various schemes at a Cutric event in late November attended by Richard Clinnick. 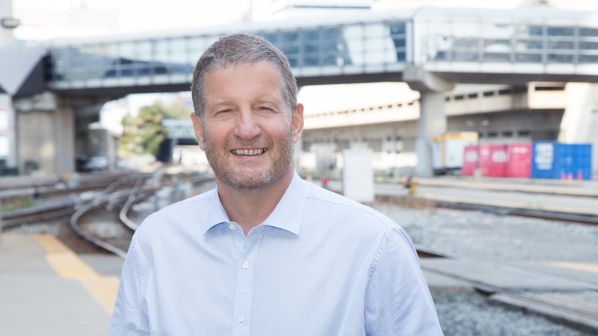 CHANGE is coming for rail passengers in Ontario, Canada. Partly enforced by the coronavirus pandemic, Metrolinx CEO and president, Mr Phil Verster, is encouraging some new ways of thinking to increase rail’s reach in the region.

Speaking virtually at the Canadian Urban Transit Research & Innovation Consortium (Cutric) Second Annual Smart Rail Technology Conference on November 30, Verster told delegates that he believes people are looking to make choices about their communities, lives and travel and that transit will be central to these changes.

How people can travel is directly linked to economic growth and development, he said, adding that “it’s about people having different choices in terms of how we work, where we work, where we play, how we connect with other people in our community.”

Between 2017 and the start of the pandemic, Metrolinx increased the number of trains it ran by 44% as it focussed on increasing capacity resulting in a 7-8% increase in annual ridership since 2017. Before that, Verster says ridership grew by 0.5%-1% per year.

Metrolinx is a crown agency of the government of Ontario with a mix of public-policy and commercial objectives. The organisation manages and integrates the road and public transport networks in the Greater Toronto and Hamilton Area (GTHA). This includes the GO Transit regional commuter operation, the airport rail link as well as four transport projects worth around $C 30bn ($US 23.71bn).

Verster says every train operated under Metrolinx’s jurisdiction removes 900 cars from the road. Critical for the overall expansion programme was a change in traction technology. Electric is the chosen method but that’s not the only one. Metrolinx pushed for hydrogen by developing a prototype train that was put into the market with the supply chain invited to participate.

“The market must decide on the commercial liability,” Verster says. “Innovation is sometimes thought of as just the technology aspect. The cool stuff, you know hydrogen. But what I need to ensure is that taxpayers and communities have a product for the next 30 years that works reliably, has the right cost equation, and is a viable product.”

Automation is another area Verster is keen to encourage to improve the efficiency and the effectiveness of Metrolinx’s systems. “You can run an autonomous rail vehicle significantly more effectively and efficiently,” he says. “It holds time better, it controls speed better, it navigates inclines and descents better, and it’s just a better experience for the customer.”

While the pandemic still dominates people’s lives, that has not stopped progress on projects across the GTHA region. Verster says that despite the various restrictions, there has been a huge effort maintaining and speeding up the construction programme and, as it stands, nothing has been delayed.

“When I joined four years ago, we were doing about $C 2.5bn of capital investment,” Verster says. “This year will be close to $C 6bn. In the next two years we are ramping that up to $C 8bn.”

The investment is aimed at transforming regional rail by a factor of three from 2000 trains per week to 6000 via the $C 21.3bn Go Expansion (RER) rail network upgrade programme, which will feature more accessible stations, an expanded Toronto Union station, a faster and more efficient fleet, trains running at least every 15 minutes, a service operating in both directions and more trains running for longer periods through the day. Metrolinx describes this as “a highly complex project unlike anything before in Canada.”

The RER programme will cover five lines and feature 42 upgraded stations, 205km of new track, electrification of 687km of track, six new maintenance and storage facilities, 14 upgraded bridges and 13 grade separations. Trains will operate up to 29% faster with 50% lower operating costs per km. Work is already underway on some of these areas. However, the programme is a multi-year process. The majority of construction is expected to commence in 2022 and 2023.

Verster also gave updates on light rail projects, including the 9.2km Eglinton Crosstown West Extension, which will extend the network from the future Mount Dennis station to Renforth Drive, running mostly underground. This will attract an estimated 37,000 additional daily passengers by 2041.

He confirmed that ground shafts have been finished ahead of the delivery of tunnel boring machines (TBMs) from Germany. These arrived in Canada on December 16 with excavation expected to get underway in April or May. Meanwhile testing with trains, track and signalling is underway on at-grade sections of the line.

“The whole concept of morning intensity and evening intensity services is going to be replaced by high frequency regular all-day travel.”

Elsewhere, the first Alstom Spirit LRVs for the $C 2.5bn Finch West light rail project have been delivered. These have been manufactured in Alstom’s Brampton factory 25km northeast of Toronto. The 11km line is expected to open in 2023, featuring 18 stops, and will operate between Humber College and Finch West. Most of the line will be at grade, but there are short underground sections at each end.

Verster said the value of rail to people’s lives is reflected by the buoyant property market across the GTHA region. All one-bedroom dwellings on the yet-to-open LRT corridors have already been sold, including many yet to be constructed.

Verster believes that making the journey as easy as possible is the key to attracting people to rail. “I want to arrive at a station, and I want to just get on a train and go,” he says. “Our GO Expansion program aims to do exactly that, but it’s a challenge.”

These difficulties are extenuated by the pandemic. While Verster told delegates that in the next 20 years the population of GTHA is likely to grow by another 30-40%, requiring improved frequencies and increases in capacity which need to be built into the system. However, he believes that travel patterns might have been altered by the pandemic with people working from home more and no longer travelling at such high intensity in the traditional peaks, choosing instead to travel for a meeting at 11.00 that will last an hour before travelling to another meeting before going home.

“The whole concept of morning intensity and evening intensity services is going to be replaced by high frequency regular all-day travel, which is exactly what the GO Expansion programme business model is,” he says.

Verster says right now, attracting people back to public transport is key. But how is that achieved? He says health and safety is non-negotiable. Plexiglass separation has been fitted between seats on vehicles, which was a massive investment, but one which he says passengers support, emphasising that Metrolinx must listen to its users.

He says one of the quickest recoveries has been found in the weekend services. Leisure travel is proving popular and so for the next couple of years the operator plans to listen and accelerate the way it deals with customer service.

Rail is set to play a crucial role in the lives of GTHA residents in the future, and this is recognised by Verster: “I think transit is in a hugely exciting phase now,” he says. It’s very humbling, to be honest, to be making such a huge transit contribution at this point in time.”