Electrified lines, line speed increases and fully accessible stations are part of the Latvian government’s plans to attract passengers back to rail, as Richard Clinnick reports. 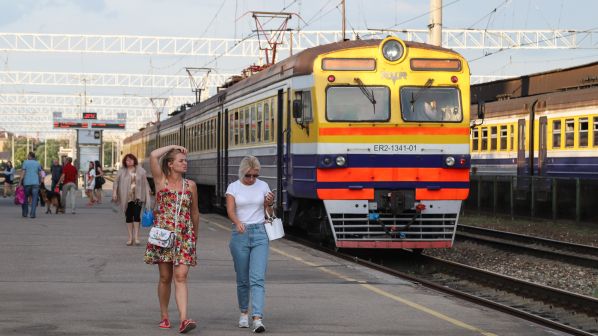 RAIL will form the backbone of Latvia’s future public transport system, according to the government’s infrastructure development plan published on January 27.

This decision has been made less than two years after a planned rollout of electrification was cancelled due to concerns over costs following a decline in freight revenue. However, a rise in passenger numbers in Latvia, and an expected further rise as Covid-19 travel restrictions are lifted, has renewed faith in rail.

“Passenger transportation by rail is currently under scrutiny at the public, state and municipal levels, and the demand for multimodal transport solutions is constantly growing,” says Latvian Railways (LDz) chair, Mr Maris Kleinbergs. “We expect that after the end of the pandemic, the intensity of passenger transport could quickly recover and even exceed the current levels, and in Latvia this trend will be facilitated by the extensive modernisation of railway infrastructure.” This modernisation includes replacing the existing obsolete rolling stock, some of which dates from the 1960s, with new fleets, and implementing the Rail Baltica project.

LDz says the speed of passenger services plays an important role as people decide whether to choose rail, another mode of public transport or their car for daily commuting. However, the maximum speed of passenger trains in Latvia is only 120km/h. Projects are underway to increase that to 140km/h on the Riga - Aizkraukle and Riga - Jelgava lines that are due to be completed by the end of 2023. The overall aim is to increase line speeds to 160km/h across the country by 2035, albeit in a phased approach. Journey times will be cut on several routes, with the biggest decrease on the 223km Riga - Liepaja line where journey times will be cut by 1h 10m by 2035 from 3h 13m currently.

“Passenger transportation by rail is currently under scrutiny at the public, state and municipal levels, and the demand for multimodal transport solutions is constantly growing,”

lectrification and track reconfiguration as well as amendments to relevant laws and regulations are key to increasing speeds. The plans also include modernising level crossings including installation of automatic barriers on all crossings by 2035.

LDz acknowledges that it was previously planning to electrify the 218km Riga - Krustpils - Rezekne - Daugavpils line due to the intensive use by freight trains. Nationally, the focus has switched to passenger transport and compliance with environmental requirements. Feasibility studies are underway to expand the electrified section of the Zasulauks - Bolderaja line by June 1 2026 as well as modernise the overhead line network at Riga junction and the Riga - Priedaine section of the Tukums line.

The plan was published less than two years after LDz was forced to review its capital expenditure projects, including those co-financed by the EU structure fund, following a fall in freight traffic in the first half of 2019 with this trend continuing into 2020. The decline was blamed on the geopolitical situation at the time. The fear was that LDz would not be able to cover the cost of maintaining the electrified network without government support, and the focus instead turned to small-scale, affordable investment schemes.

By that point LDz was also keen to increase rail’s share of passenger transport by encouraging modal shift. Operational analysis of the Riga rail network up to 2026, 2036 and 2046 was conducted and several new projects were considered, including new trains and electrification.

By the end of 2023, LDz says it will have modernised 48 stations and related infrastructure on the Riga - Krustpils, Riga - Skulte, Riga - Tukums and Riga - Jelgava routes to make them fully accessible. Further improvements on these routes are planned for completion by the end of 2027 using €318.5m provided by the European Commission Cohesion Fund. The plan is for similar work to be conducted on the Jelgava - Liepaja and Tukums II - Ventspils line where restoration is underway, by the end of 2031.

LDz says that to make the railway the backbone of passenger transport, special attention must be paid to the development of convenient, safe and accessible infrastructure for residents in the vicinity of stations at both national and municipal levels. The ambition is to integrate the modes by developing suitable infrastructure for bicycles, electric scooters, cars and pedestrians so that the station becomes the key transfer point.

LDz is collaborating closely with local governments on these plans, which will involve land near railway stations being handed over to the local authorities so that park and ride facilities can be constructed along with bicycle storage areas. The process of transferring land for construction of suitable infrastructure will continue.

LDz has worked closely with organisations representing people with reduced mobility to develop guidelines for railway passenger infrastructure as it pushes ahead with its upgrade programme.
Stations are classified according to the annual level of passenger use in order to identify the required passenger platform equipment. This ranges from Class A stations, where there are more than one million users, to Class F, where there are less than 10,000. The station classifications will be reviewed every five years to keep up with changes in population and travel habits, which if LDz’s plan comes off, will see a significant increase in passenger rail use in Latvia.

“The development of railway passenger infrastructure is based on the principle that, regardless of the station or stopping place’s workload or the number of passengers it services, every resident must be provided services of equal quality everywhere in Latvia where there are railways,” Kleinbergs says.