To combat chronic congestion, Mumbai is working on an ambitious project to construct 14 metro lines across the vast city. Srinand Jha reports on the progress made so far. 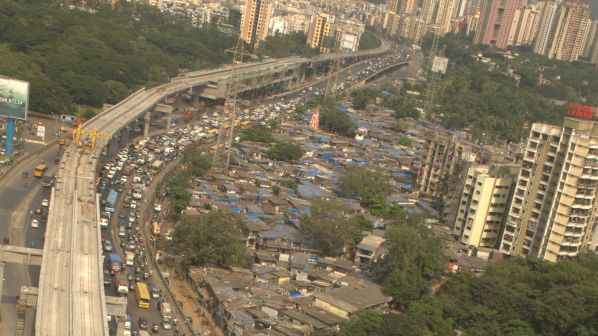 Mumbai has launched an ambitious project to construct 14 metro lines across the city.

ANY expectations that the ambitious projects in India’s financial capital of Mumbai would be derailed after the change of government in the western state of Maharashtra last November appear to have been quashed.

In fact, the opposite has occurred. The new coalition government, led by chief minister, Mr Uddhav Thackeray, has approved the start of construction of four new metro lines totalling 87.6km, at a cost of Rs 322bn ($US 4.5bn).

In addition, Line 2B and Line 7 are scheduled to open this year, with trial running due to begin in September. Mumbai Metro Rail Development Agency (MMRDA) told IRJ that Bharat Earth Movers Limited (BEML) is set to deliver the first set of metro cars “within a few months.”

“Progress has been good, 25% of work on the Mumbai Trans Harbour Link (the sea bridge connecting Mumbai to Navi Mumbai) has been completed.”

MMRDA awarded BEML a Rs 30.2bn contract in 2018 to supply 63 six-car metro trains for lines 2 and 7. The contract includes spare parts, design, production and commissioning of the fleet, with the 25kV ac stainless-steel-bodied vehicles to be equipped with CCTV and real-time fault diagnostics systems.

MMRDA is implementing all of the city’s metro projects, apart from the fully underground Line 3 which is the responsibility of Mumbai Metro Rail Corporation Limited (MMRCL).

“Progress has been good,” says MMRDA metropolitan commissioner, Mr R A Rajeev. “25% of work on the Mumbai Trans Harbour Link (the sea bridge connecting Mumbai to Navi Mumbai) has been completed, while the Santa Cruz-Chembur link road and the Bandra Kurla Complex-Vakola junction is expected to be completed this year.”

In all, 14 lines covering 337km at a cost of Rs 1408bn are proposed. Of these, the 11.4km Line 1, which connects Versova to Ghatkopar and cost Rs 23.6bn, has been operational since 2014. Six lines are in various stages of implementation, while seven other lines are proposed. “All these lines are expected to be completed by 2026,” Rajeev says.

The city’s metro projects are being developed in accordance with the Master Plan prepared by Delhi Metro Rail Corporation (DMRC) in collaboration with the Tata Consultancy Services (TCS) and the Mumbai Indian Institute of Technology in May 2003.

While the project timelines are mostly expected to be met, there are challenges around the Japan International Cooperation Agency (Jica)-funded 33.5km-long Line 3 known as the Colaba - Bandra - SEEPZ corridor, Mumbai’s first fully-underground line which is scheduled for completion in June 2022.

Following the Thackeray government’s decision to pause construction of the proposed metro depot at Aaray, the project has already been delayed by approximately six months. “Apart from the delay accruing from the stay order on building the metro depot, the project has been meeting other parameters,” an official said. Excavation work on 13 of the 26 underground stations is 100% complete, while 94% of the segment ring casting work has been completed.

The existing suburban rail network is under extreme pressure and the role of the bus system is mostly limited to providing feeder services to suburban stations.

However, the question of whether the state government will rescind its earlier decision to prevent construction of the depot on government-owned land at Aaray remains.

An alternative location for the depot is estimated to increase project costs by approximately Rs 50bn, and this would also require an extension of the line resulting in a further price increase of Rs 150bn.

Officials estimate that a day’s delay in meeting the project timeline costs approximately Rs 40m. “We are hoping that good sense will prevail upon the government and it will withdraw the ban on the construction of the metro depot at the Aaray colony,” MMRCL says.

An encouraging aspect of Mumbai’s metro plan is that political leaders across the political spectrum and citizens are seemingly on the same page on the need to modernise the city’s urban transport system.

Mumbai, considered the heart of India’s commercial and trade activities, has more than 12 million people who use public transport daily, with 52% travelling by rail and 26% by bus.

The existing suburban rail network is under extreme pressure and the role of the bus system is mostly limited to providing feeder services to suburban stations. Because of geographical constraints, there is limited scope to expand existing road and rail capacity, even though many pockets of the island city and its suburbs are not served by rail. On average, a 12-car suburban train carries approximately 5000 passengers.

Because of inadequate capacity on the existing mass transit system, the share of public transport declined from 88% to 78% over the last two decades. Between 10 and 12 deaths are reported on Mumbai’s suburban rail network each day due to overcrowding, and this has resulted in an exponential rise in private vehicle use.

Therefore, there is unanimity about the need to build the metro network. An MMRDA official expressed the confidence that a change of government “would not adversely impact project timelines or costs.”