AS Germany and the rest of Europe hopefully turn a corner with mass vaccination sparking a recovery from the coronavirus pandemic, the rail industry should also begin to recover this year. 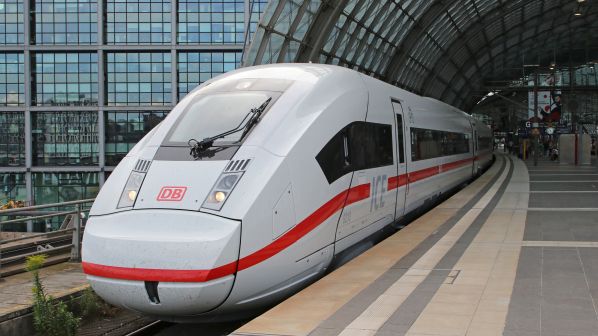 THE German passenger rail sector saw passenger numbers drop by 60-70% during the spring and autumn lockdowns, but never to the low levels seen in some neighbouring countries.

The substantial drop in revenue for DB Long Distance was one reason the German government announced €6bn of additional coronavirus funding for German Rail (DB), adding to €20bn over a decade promised as part of the country’s Climate Package to promote modal shift to rail. Political debate about how and whether this money should be provided was still continuing in late 2020.

Passenger traffic rebounded in summer 2020 to around 70% of 2019 numbers during a short lull between waves of the virus - with both DB Long Distance and Flixtrain running full trains at peak times, suggesting that passengers will return - and in substantial numbers.

Most regional operators, which are paid per kilometre rather than relying on farebox revenue, continued to operate, albeit with reduced timetables and additional cleaning costs. The cost of financing such contracts was largely borne by local authorities which were granted some financial assistance by central government to cover lost fare revenue. Light rail and metro (U-Bahn) passenger numbers also fell, although less steeply than for mainline rail services. As almost all urban rail services are run by local-government-owned companies, this had a negative impact on state and regional government finances.

Thanks to decisions taken before the pandemic, the future for both long-distance and regional passenger rail looks bright. Substantial new capital funding of up to €86bn for the 2020-2029 period for the national network, in part to support the introduction of the Deutschland Takt regular-interval timetable, and a 10-year, €10bn funding arrangement to re-open closed lines is likely to see infrastructure investment grow substantially by the mid-2020s.

At least 10 new high speed or other new lines are now being planned with construction likely to be spread over the next two decades. As an initial step towards the planned half-hourly-interval services on key routes, DB introduced a 30-minute frequency between Berlin and Hamburg last month for the first time.

In October, the long-awaited new Berlin Brandenburg International Airport and its 15km of new mainline railway connections opened along with an extension of the Berlin S-Bahn to the airport. In early December, after a decade of construction, an extension of Line U5 under the historic centre of Berlin to the city’s main station also opened.

Construction of several new lines is progressing and they should open from 2022 onwards. Testing in 2021-22 will allow the first of these, the 250km/h Wendlingen - Ulm line, to open in late 2022. Work to complete the tunnels under Rastatt on the Karlsruhe - Basle main line, delayed by a tunnel collapse in 2017, will get underway fully.

DB Long Distance ordered 30 Velaro multi-system 320km/h ICE3 EMUs from Siemens as part of its plans to expand its fleet for the more intensive regular-interval timetable. DB’s older ICE1 trains are now being refurbished for the second time. Also in 2021, DB will introduce its first 13-coach version of ICE4, 50 of which are on order, while operation of the first of 37 seven-coach ICE4s began in November.

Flixtrain took delivery of the first of 135 modernised locomotive-hauled coaches in mid-2020 but by late 2020 had scaled back introduction following a second suspension of its services. Flixtrain has announced plans to operate up to seven inter-city routes in Germany and may introduce new routes in 2021.

Electrification of the Munich - Lindau line, completed in December 2020, enabled Swiss Federal Railways (SBB) to introduce Pendolino tilting EMUs to replace locomotive-hauled trains between Munich and Zürich. In December 2021, GoAhead will replace DB Regio operating regional services on the route using a fleet of Stadler Flirt EMUs. From December 2021 the line from Lindau to Ulm, via Friedrichshafen, will also be electrified.

Freight traffic was also impacted by the pandemic with some flows seriously affected causing big losses, especially for DB Cargo. Despite a European Union agreement to reduce or waive track access fees for freight traffic as an economic stimulus measure, DB Networks intends to increase charges in 2021.

Container traffic to and from China was substantial in the second part of 2020 after the temporary suspension of trains following the original coronavirus outbreak in China at the beginning of 2020. Whether New Silk Road rail volumes in Germany will remain as high in 2021 is unclear as Chinese subsidies for some types of traffic have been phased out and alternative routes including Baltic short sea shipping from Russian or Baltic state ports are becoming more popular, in part to avoid transhipment delays at the Belarus-Polish border.