Despite a difficult 2011, Ansaldo STS CEO Sergio De Luca tells Kevin Smith that he is optimistic about the future which will increasingly be defined by developments in new and emerging markets. 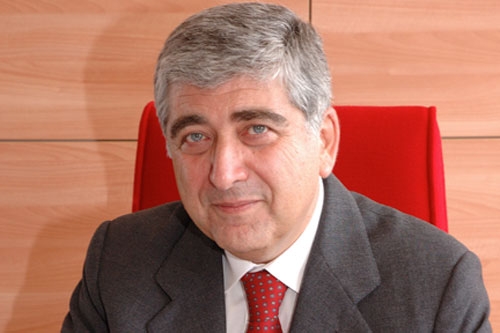 WHILE profits were down by 23% to €73m in 2011, and revenues fell by 5.6% to €1.21bn, Ansaldo STS CEO Mr Sergio De Luca says that he is certain that the company will soon return to its previous growth trend.

He cites the suspension of projects in Libya, where Ansaldo STS won two contracts worth a combined €743m, as the main cause of the company's dip last year, as well as an average unit price drop of 20% compounded by fierce competition and the growth of homogenous train control systems. But with new orders totalling €2.16bn in 2011, a 9% increase on 2010, and an order backlog of €5.45bn, De Luca is optimistic that there are opportunities for further growth in the company's two market segments: railway signalling and urban mass transit systems.

"From a worldwide perspective both [market segments] are almost booming although there are a lot of differences between the geographical regions," De Luca says. "We currently have around a 12% overall market share and to maintain this we have taken two main actions: first, to retain our market presence in established but growing markets like the United States where we have a presence through Ansalsdo STS USA, formerly Union Switch and Signal, and in Australia where we have a historical presence.

"We also want to grow in markets where we expect substantial growth like Turkey and India, and in the Middle East, where we are now working with Etihad Rail on their initial project."

While Europe remains Ansaldo STS' largest market, De Luca admits that opportunities are becoming scarce. "Europe is declining. The high-speed lines are mostly completed and the implementation of ETCS is not so clear," De Luca says, adding that he shares the frustration of much of the supply industry surrounding ETCS, a situation he feels is at a tipping point.

"It is now up to the European Union and governments of the European countries to make it a mandatory requirement," De Luca says. "Until this is achieved we will continue to be in the position of uncertainty that we currently find ourselves in."

De Luca says that European railways must make a choice either to preserve the present specification of SRS 2.3.0, or to proceed with the new specification outlined in 3.0.0, and to stick with it. He says that while ETCS is becoming the common train control platform for developments outside of Europe, most notably in China, Europe is still a long way from reaching a standardised solution even after 10 years of ETCS application.

"Some railways in Europe are still reluctant to sign up to the appropriate development and rollout of a universal ETCS solution, most notably Germany which is at the centre of any European network," De Luca says. "Without Germany, because of where it is and its railway connections, the ETCS ideal is nonsense."

Despite the problems in Europe, De Luca does not anticipate another train control platform replacing ETCS in the next 20 years, and he believes that Positive Train Control (PTC) has a long-term future in the United States. He also foresees that with CBTC becoming the dominant mass transit platform, this market, fuelled by demand for solutions in new megacities in developing markets, offers huge potential. As a result he says that this is likely to become the most important segment of the company's business, with the pace of development in new markets likely to spur innovation.

"It will not be Europe that sets the standard for CBTC as it has done for ETCS, but China and India," De Luca says. "This is where the system is going to be applied and adapted and it will be the place for a global company to serve these new markets where new standards and applications will be defined."

Among the technological advances that De Luca foresees are improvements to communications, particularly in GSM-R and GSM for passenger services and the application of Wi-Fi. Satellite technology similarly offers substantial technological advantages in markets like the United States, Australia and Russia, and in future ETCS applications. He also says that maximising reliability and minimising maintenance is an area where contracts will be incresingly won and lost.

"It is no longer enough to show that your system meets the required safety standards," De Luca says.

As for the future of Ansaldo STS, rumours persist of a proposed sell-off of AnsaldoBreda by the majority shareholder of both companies, Finmeccanica. With the rolling stock manufacturer continuing to report big losses, reports in the Italian press in March cited Hitachi as a potential suitor for a 50% stake in AnsaldoBreda, and a potential 29% stake in Ansaldo STS to sweeten the deal. Hitachi denied the rumours, as did GE following a reported similar enquiry last year.

De Luca says Finnmecanica's future intention is not a situation that he can comment on. However, with 40% of Ansaldo STS owned by Finnmecanica, and 60% by the market, De Luca says that shareholders are encouraged by its performance. He also says that any sale of AnsaldoBreda is not going to impact its current or future activities.

"Ansaldo STS can stay as it is and continue to deliver transport systems and railway signalling without a rolling stock manufacturer in our activities," De Luca says. "Our linkage with AnsaldoBreda is not important to our future. We are planning to continue on our development plan that is backed by our shareholders and we are not particularly concerned about that situation."