ÖBB expands at home and abroad

Although Austrian Federal Railways (ÖBB) is one of Europe’s smaller incumbent national railways, it continues to punch above its weight as it drives expansion both inside and outside its home territory. CEO, Andreas Matthä, talks exclusively to David Briginshaw about ÖBB’s performance and future plans. 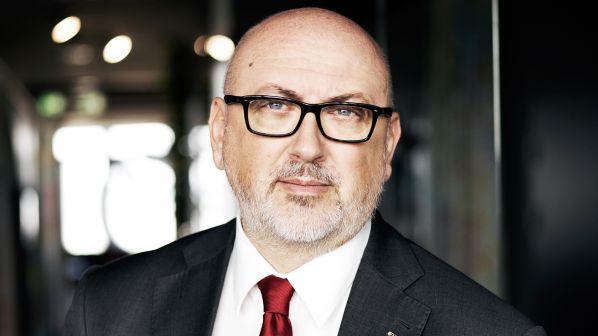 AUSTRIAN Federal Railways (ÖBB) is one of Europe’s more dynamic incumbent national railways, with both freight and passenger operations well beyond Austria’s borders. ÖBB also has a reputation for going against current thinking, such as continuing with wagonload freight and investing in overnight passenger services when many other railways see no future in these activities.

In 2017, ÖBB recorded the second-highest earnings in its history and a 6% increase in Ebit to €176.3m, with the passenger sector accounting for €87m, infrastructure €47m and freight €42m. While its final results for 2018 are not yet available, ÖBB’s CEO Mr Andreas Matthä says passenger traffic will reach an all-time-high of more than 250 million journeys.

“This is not only a historic landmark but also a clear signal for the continuous and overwhelming commitment of Austrians to ÖBB,” Matthä says. “Austrians use rail services more often than the inhabitants of any other European Union (EU) nation. In fact, they are travelling more than 1400km a year by rail.”

ÖBB has achieved this increase in passenger traffic despite stiff competition from open-access operator Westbahn, which doubled the frequency of its Vienna - Linz - Salzburg service to two trains per hour in December 2017. Together with ÖBB’s half-hourly Railjet service, there are now four trains per hour on this important corridor.

Matthä says he is convinced that ÖBB can achieve further growth in passenger traffic in 2019. “We will expand our portfolio in terms of integrated mobility - from the first to the last mile,” he told IRJ. “Just to give you one example, Rail&Drive is the name of our own car-sharing model that we are going to push forward with more locations in the coming months. As of December 2018, we added a new route to Berlin to our Nightjet network. In addition, there will be new passenger train connections to Poland and Slovakia.”

A second open-access passenger operator started to operate in competition with ÖBB, this time on the Vienna - Prague route, in December 2017 when Czech operator Regiojet introduced a service of four round trips per day.

Nevertheless, Matthä says ÖBB has not seen a massive impact on passenger numbers from open-access rail operators. “Even looking on the most competitive route in Austria, Vienna - Salzburg, we observed an increase in passenger flows during the last few years. This is due to railway infrastructure upgrades that resulted in shorter travel times - which initially made this route interesting for open-access.”

Matthä says not only does ÖBB face competition from open-access train operators but also intensified intermodal competition from low-cost airlines, emerging long-distance bus networks and new forms of mobility such as on-demand or car sharing services.

In a bid to stay ahead of the game, ÖBB is investing in various measures to improve its competitiveness. “We have put a strong emphasis on creating new products and services for our customers, such as nearly fleet-wide implementation of free Wi-Fi access, the new infotainment portal “railnet” with movies, magazines and a lot more, and new family and quiet zones on board,” Matthä explains. “In addition, with train upgrades and investments in new vehicles like the ÖBB Cityjet Desiro ML and Talent 3 we are able to offer a state-of-the-art fleet to our customers.”

When German Rail (DB) decided in 2015 to withdraw its network of overnight passenger trains, ÖBB took the the the bold decision to take over some of DB’s services with effect from December 2016. ÖBB could see a future for such services where DB and French National Railways (SNCF), which was also in the process of withdrawing most of its overnight trains, could not. At the same time, ÖBB decided to rebrand its overnight services Nightjet, to complement its Railjet inter-city and Cityjet regional/commuter rail brands.

Matthä says Nightjet is running “according to plan.” In 2017, Nightjet services carried around 1.4 million passengers. “So far, 2018 has shown a further modest increase in the number of Nightjet passengers,” he says.

ÖBB is clearly committed to Nightjet, as it awarded a €375m contract to Siemens last year for 13 night and eight day trains as part of a €1.5bn framework deal for long-distance passenger trains. ÖBB is also is discussion with Netherlands Railways (NS) about reintroducing night trains to Amsterdam next year.

“It has been a long tradition at ÖBB to make a long-term commitment to specific products,” Matthä explains. “Night trains and car transport by train are a significant part of the ÖBB long-distance service offer and are firmly planned for the long term.”

Austria is well behind other European countries when it comes to the concessioning of public-service-obligation (PSO) regional and local train services. Currently, the so called “basic service” is secured by the federal government through a direct award (Federal Transport Service Agreement) to ÖBB-Passenger Transport, while all remaining rail and bus services in the public sector are the responsibility of the individual states and municipalities.

Matthä says Austria’s public award authority intends to award rail service contracts in the states of Vorarlberg, Tyrol, Carinthia, Styria, and Upper Austria directly to ÖBB-Passenger Transport. “The contracts in Vorarlberg, Styria, and Carinthia are planned to start in 2019, and the remaining ones in 2020,” he told IRJ. “PSO contracts are usually assigned with a runtime of 10 years, so we are expecting the first competitive tenders by 2029 at the latest.”

“We are already preparing the company for the future,” Matthä continues. “With the full deregulation of the Austrian railway market, ÖBB expects a diverse range of railway companies to push into our home market. For ÖBB, with our 180 years of rail history, it will be challenging to compete with companies ranging from young and lean start-up enterprises to agile low-cost incumbent subsidiaries. We have therefore developed a plan to become fit for future tenders and transform ÖBB-Passenger Transport into a fully-competitive railway company.”

As far as rail freight is concerned, Matthä says ÖBB’s Rail Cargo Group (RCG) subsidiary is “among the top players in Europe” and is working hard to maintain what he describes as a high level of business activity. “Nevertheless, we are still fighting to reach a level playing field between rail and road freight transport,” he says.

“In the freight business, we will passionately pursue internationalisation with new connections in Europe and with a further increase of our service to China. We now have at least one connection per day between Europe and China, and I am convinced there is room for further growth. Expansion into new markets will be driven forward with full force.”

“RCG’s clear objective is to extend the radius of action beyond Europe,” Matthä says. “The target network is the North-South axis: Germany via the Balkans to Turkey and beyond to the Trans Caspian route to Russia and China.

“We see our services as an integral part of international value-added processes and want to become the Number 1 in terms of quality, innovation and internationality. It is our vision to offer our services in such a way that we create advantages, added value and ultimately a “feel good experience” for the customer through simplicity and convenience. Our customers are no longer seen as customers, but partners.

“We are a business partner who contributes to the success of our customers by jointly finding innovative solutions, especially with regard to digitalisation.”

ÖBB has also set up spinoff companies such as Wegfinder. “Our aim is to establish ÖBB as the number one integrated mobility service provider in Austria,” Matthä asserts. “Spinoffs like Wegfinder are one way to go in that direction. With this app we can offer access to the whole door-to-door travel chain - whether it is a rental car, an e-scooter or a rental bike. Of course, the journey by train is the top priority for us in such a travel chain.”

On the environmental front, Matthä says great strides are being made: “ÖBB is Austria’s biggest player in terms of reducing greenhouse gases. We are helping the country to reduce CO2 emissions by 3.5 million tonnes a year. I am very proud to tell you that we have been operating on 100% emissions-free electricity since July 2018.”

The Innsbruck - Fortezza journey time will be cut from 1h 10min today to 26 minutes thanks to virtually eliminating the 2.7% maximum gradient on the existing line, increasing the maximum speed to 200km/h and reducing the distance by 20km. The new tunnel will also allow the operation of longer and heavier freight trains.

“The opening of the three big tunnels will bring a significant change to inner-alpine rail services in Austria,” Matthä says. “The travel time will reduce drastically. From 2026, you will be able to travel in 2h 40min from Vienna to Klagenfurt, 1h 20min faster than today. Furthermore, we will be able to transport goods faster and more efficiently.”

2026 is set to be a transformative year for Austrian railways and ÖBB.