Pandemic highlights the importance of railways 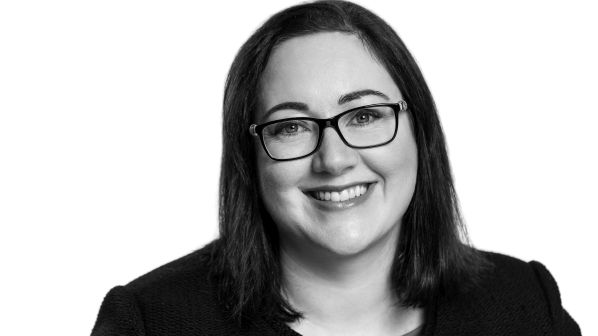 THE Covid-19 pandemic has highlighted how essential the rail industry is in moving freight around Australia, according to the CEO of the Australasian Railway Association (ARA).

“It has been front and centre,” says Ms Caroline Wilkie, who took over the role as CEO of the ARA, the Australian railway industry’s major lobby group, in February 2020. She is the first woman to hold the position.

Wilkie, who was previously CEO of the Australian Airports Association (AAA), says taking up the role as head of the ARA at the start of a global pandemic was less than ideal. However, she says the industry had been tremendously supportive and “I am loving it.”

She says the most challenging part has been getting up to speed with the industry and the inability to be able to get around and meet people and view projects at first hand.

Her nine years as CEO of AAA have provided her with the experience which was just as relevant for the rail industry as airports, she says.

“I believe a lot of projects will proceed as you have to build for future growth. Even though there will be a hiccup in the growth, the growth will still come.”

“I am very familiar with the issues surrounding major infrastructure projects and dealing with state and national government on those issues, particularly around critical passenger moving, freight moving, and safety critical industries,” Wilkie says.

“There are lots of similarities between moving from airports to rail. But due to the nature of the state-based jurisdictions rail has its own level of complexity, a bit more than airports.”

While the pandemic had a major impact, the railway industry has remained positive.

“While some passenger operators have experienced a 90% drop in passenger numbers, the industry’s response has been positive and everyone has adapted well,” Wilkie says. “There is a higher level of uncertainty about the future in terms of any potential lockdowns or issues to come but on the whole the industry has adapted safely to keep operations going. The outlook now is a lot better than it was in March and April.”

However, she admits that the pandemic will be an issue in the short term but adds that “you must build for the future.”

“Big rail projects need to be built, and trains still need to be made,” she says. “It’s a good position to be in.

“Anecdotally, the projections at the moment are that the growth will continue. Some of the networks were reaching capacity but in a lot of the areas where the growth was already scheduled we are just getting ahead of the curve.

“Certainly patterns have changed in terms of working from home and that could be an issue in the short term. But as much as some people say that this is the new normal, I am not convinced that it will be in the long term. In the long run people are going to miss the human interaction.”

Wilkie says the industry remains confident that the big projects in place and those in the pipeline will proceed.

“The planning is in place, the government is ready to go, and we need to start building.”

“A lot of these big projects are in areas where huge numbers of people are bussing in at the moment who do not have proper access [to rail],” she says. “I believe a lot of projects will proceed as you have to build for future growth. Even though there will be a hiccup in the growth, the growth will still come. This also plays in with the broader economic driver of the stimulus that the building of infrastructure can bring to communities and cities. It makes sense for the government to build now and keep everyone busy while we get the economy moving.”

She also defended the huge expenditures on metro projects in Sydney and Melbourne, saying that they were justified despite the current economic climate. The expenditure was particularly relevant and justified in Sydney.

“When you look at the regions it is going to serve and what it is going to mean for those communities, the reality is that the planning measures in Sydney are about developing a three city line connecting the likes of Parramatta. It is not always about people coming into the city - it is about people going out to Campbelltown, Parramatta and Penrith. So you do need to build that network to support that growth.”

She also believes that people will not want to do a one-and-a-half to two hour commute anymore which means the importance of having the right public transport in place to quickly move people from the outer suburbs to these hubs is “absolutely critical.”

“I also think putting things off ultimately makes them more expensive,” Wilkie says. “The planning is in place, the government is ready to go, and we need to start building.”

Wilkie says that while there has been a contraction in rail manufacturing globally, Australia is in a unique situation. ARA research on the rail supply chain, which identified opportunities in Australia, showed there is a thriving industry that is supporting these major manufacturers.

“Rail manufacturing supports other industries, probably more so than other manufacturing; relatively, rail is more positive.

“With the growth in the amount of manufacturing and rolling stock coming down the pipeline I think we are in a really good position to grow the pie. We need to focus on developing the manufacturing sector and to look at what our export potential is. We have a lot to offer but we need to get past some of the state restrictions.”

Wilkie says the National Rail Action plan will help to break down some of the state barriers to national standards for rolling stock as well as address skills shortages in the industry. Wilkie co-chairs the Skills and Labour Working Group, one of three industry and government working groups set up by the National Transport Commission (NTC) to deliver the plan, which was agreed by the Transport and Infrastructure Council in 2019. Another group is working on harmonising national standards.

“We need to have discussions about why everyone has different trains and what that means and why some states say they want ‘X’ amount built here in this state even though that state does not have the manufacturing capability,” Wilkie says. “Then operators from other states have to jump through hoops and add extra experience to have a presence in a particular state. It is a challenging situation and is one that is certainly a priority for the ARA.”

She says she understands why politicians from particular states want to support local manufacturing, but adds that the country needs to look nationally and develop economies of scale if it wants to have a globally competitive export industry.

Australasia is the only continent apart from South America without a high-speed rail line or an active plan to build one, but Wilkie says she hopes that Australia will have high-speed rail by 2050.

“High-speed rail needs to be part of our long-term plan provided we have the population growth to support it,” she says.

Wilkie adds that she believes there are many things that could be done to improve the link between metro systems and regional centres to make them faster and more efficient. ARA will be releasing a paper at the start of this year highlighting the opportunities for faster rail as opposed to high-speed rail.

“Personally as I live in Canberra, I would love to see a high-speed rail link between Canberra and Sydney,” Wilkie says. “There are plenty of opportunities to bring our national capital and our two largest cities together.

“High-speed rail is incredibly expensive, it is a significant investment and at this stage population levels do not support it. For the future it is something to think about. In the current environment any government that says it is going to build a high-speed rail link between Melbourne and Sydney would need to ask if it was the right focus.”

Wilkie says that maybe now is the time to look at potential routes and purchase and bank land for a future high-speed rail link.

Wilkie says the Inland Rail project to accelerate freight trains between Melbourne and Brisbane is a game changer and one of, if not the most critical projects in terms of rail freight growth.

Looking 12 months ahead, Wilkie says that she hopes that Australia will be moving out of the shadow of Covid-19. She is also hopeful that the major projects around the country will be on track with contracts out to tender.

Wilkie is hopeful that the rail industry can find ways to support people who have lost their jobs, by offering them placements. The sector is more diverse and less “blokey” than the aviation industry, Wilkie says, especially in terms of senior roles for women. However, a skills shortage is still an issue, and ARA will be looking at ways to promote the rail sector as a career option in 2021.

“Our focus will be on talking about what a technologically advanced and digital industry we are and how we have a vast array of technology that people can engage with,” she says. “I think we need to talk more about our sustainability credentials because many of the young people are looking at the environmental footprint of the sector they are going to work in. It is important to them.”