SCI Verkehr expects the global rail market to reach €213.2bn by 2024 according to its latest Worldwide Market for Railway Industries study published this month. As CEO Maria Leenen and senior consultant Andreas Wolf explain, while the Covid-19 pandemic is causing turmoil in the rail industry, environmental protection is predicted to be the main driver of future growth. 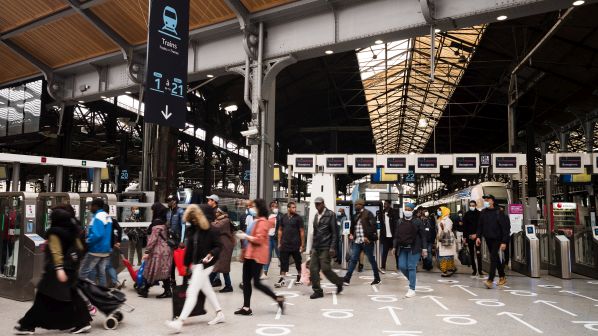 However, the increase is significantly lower than the growth rate predicted before the beginning of the Covid-19 crisis. SCI Verkehr expects the industry to generate €110bn less turnover between 2020 and 2024 corresponding to 10% of the total market.

Towards the end of the 2020-2024 period, the OEM market is expected to be more severely affected by the downward trend than the aftersales market, which is growing at a correspondingly disproportionately high rate of 2.8%.

The effects of Covid-19 are particularly noticeable in passenger transport. For 2020, SCI Verkehr expects a drop of almost 35% in the number of long-distance, regional, and urban passengers, triggered by Covid-19 travel and social distancing regulations. A change in mobility behaviour is already happening with a growing number of people working from home and the greater use of private cars rather than public transport. In large cities, for example, environmentally friendly bicycle traffic has increased significantly. SCI Verkehr does not expect the global passenger rail market to recover to the pre-crisis level before 2023.

The financial situation of many passenger rail operators and especially municipal transport companies is problematic. They are incurring losses due to a drastic decrease in ticket revenue and the simultaneous high level of capacity that is being offered in order to adhere to social distancing regulations. This is leading to a lack of funds for operation and even more so for investment. In many countries, the losses incurred by state-owned railways are being compensated by public spending. However, municipal companies are more severely affected by their mounting deficits forcing them to stop existing investment programmes.

Nevertheless, due to the long lead times involved, the procurement of replacement vehicles that will be needed in the long term is being carefully pushed forward. Investment in infrastructure will suffer significantly more than spending on new vehicles. The market for rail industry products for urban transport will therefore grow only very slightly at 0.4% over the next five years.

The financial situation of many passenger rail operators and especially municipal transport companies is problematic.

For 2020, SCI Verkehr expects worldwide rail freight transport to decline by 7% which is less than the 9% decline recorded during the 2009 global economic crisis. In some important rail freight markets, such as China and Brazil, rail freight volume even increased during the first half of 2020. The forecast annual growth of 2.2% between 2019 and 2024 is very closely connected with macroeconomic development and therefore characterised by greater uncertainty. Rail freight operators will invest around €20bn in new rolling stock in 2024 which is about the same as in 2019.

High investment costs and the resulting project delays and cancellations will lead to the infrastructure industry only having a marginal annual growth rate of 0.2% between 2019 and 2024. Trackside system technology is also affected by this development and will only grow by 0.7%.

Due to numerous upgrade measures and the more comprehensive deployment of ETCS and ATO, the signalling and train control sector has a higher growth potential which is especially geared towards increasing the capacity of existing routes. In Europe, the importance of ETCS will grow strongly in the coming years. On the one hand, the expansion of international European corridor routes will be accelerated, while on the other hand, complete networks are being converted to ETCS, especially in smaller countries. A current example is the decision to convert the entire Czech railway network of around 9000km and approximately 3000 vehicles to ETCS. A decisive driver in this case was the increase in safety offered by the system.

The rolling stock industry shows the strongest rate of growth which is expected to increase by 3.2%. The market for high-speed trains, EMUs and diesel and hybrid multiple units is growing disproportionately strongly. The aftersales market in these segments is growing strongly due to increasing inventories, while larger procurement projects are being maintained despite the Covid-19 crisis

The prerequisite for lower transport emissions is a significant shift of passenger and freight traffic to rail.

Climate protection will be the most important driver for the rail industry in the coming years. The European Commission’s Green Deal climate protection programme specifies a 90% reduction in transport-related CO₂ emissions by 2050 compared with 1990, while environmental protection is also becoming noticeably more important in other regions of the world. The prerequisite for lower transport emissions is a significant shift of passenger and freight traffic to rail, which will require an extensive expansion of rail infrastructure and capacity. As a result of governments taking a stake in airlines in the wake of the Covid-19 crisis in Europe, several airlines have already announced their intention to abandon national short-haul flights and improve their links with rail transport. This will encourage the procurement of further high-speed and long-distance trains in the coming years.

However, the railways also want to become more environmentally friendly. Here the industry is facing a massive challenge: up to 100,000 diesel locomotives and more than 10,000 diesel multiple units worldwide will have to be replaced in the long term by the electrification of lines or introduction of vehicles with alternative drive technologies such as battery or hydrogen. Europe is leading the way in this development.

With the recently approved takeover of Bombardier Transportation by Alstom, the competitive landscape in Europe, but also worldwide, will change massively.

The merger creates the world’s second largest manufacturer of railway technologies behind Chinese manufacturer CRRC which specialises in rolling stock. Outside of China, Alstom/Bombardier have a combined turnover of €17bn (cumulated revenue from 2019) which is about double the revenue of the next largest manufacturer Siemens Mobility.

Against the background of a stagnating Chinese market, it remains a challenge for the market leader CRRC to continue to grow in foreign markets. The sales share of CRRC’s non-Chinese business has been relatively stable for several years at around 10% but is no longer growing significantly. The further development of the US business, where CRRC has already won orders worth more than €2bn, is highly uncertain due to political tensions.

In Europe, the company has so far only been able to gain a foothold with smaller orders for specialised vehicles. But this situation will change with the takeover of Vossloh’s German-based locomotive plant. For the first time, CRRC now has a production facility in Central Europe.

Due to the Covid-19 pandemic, all manufacturers are under increasing pressure to reduce their fixed and one-off costs and to leverage optimisation potential through synergies.

The pandemic, together with the deteriorating economic situation and the supply of raw materials, is having a particular influence on the development of regional railway technology markets.

SCI Verkehr expects a negative market development in Africa/Middle East and the Commonwealth of Independent States (CIS) during the next five years.

South America, with its lead market Brazil which is particularly affected by Covid-19, is growing at 1.3% which is a lower rate than for the worldwide market. However, South America already had to accept a significant reduction in market volume in 2019 due to a low number of deliveries and reduced investment in infrastructure.

The strongest growth is expected in Australia/Pacific, Western Europe, Asia and Eastern Europe.

In total, the top five largest railway markets accounted for 53% of the worldwide market volume for railway technology in 2019. Newly included in the top five of the largest rail markets is India, which has ousted France from fifth position and will grow significantly in the long term despite current Covid-19 crisis.