THE importance of coming together to share ideas and best practice has never been so apparent as during the early days and weeks of the coronavirus pandemic. As the virus spread around the world in March and April, the International Union of Railways’ (UIC) newly created Covid-19 taskforce sought to connect railways so they could help each other to respond. 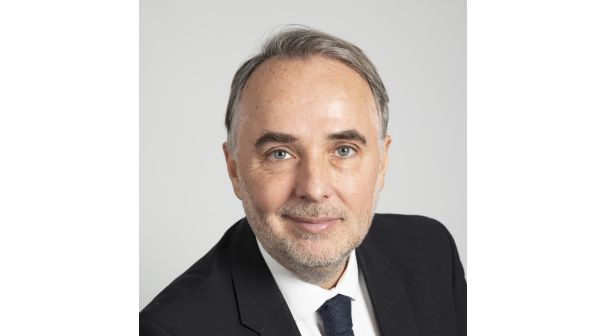 Experience from Asia proved particularly useful for European and North American railways as they introduced the revised cleaning regimes and social distancing measures necessary to keep their staff and passengers safe.

The taskforce met bi-weekly during the first wave of the pandemic, and for Mr François Davenne, UIC director general, the work emphasised perfectly a core value of the UIC: solidarity. “There are a lot of differences between our networks, but at the end of the day, we are all railway people and we were all confronting the same problems,” Davenne says. “This is what the UIC is about, spreading practical solutions.”

Davenne, who succeeded Mr Jean-Pierre Loubinoux in June 2019, made it his mission to reinforce the UIC’s status as the railway’s “back office”. The Covid-19 taskforce produced six documents to facilitate a suitable response, ranging from practical advice of how to wear a mask correctly to restoring passenger confidence in public transport.

Davenne also reports progress in 2020 with the introduction of an operations strategy for the UIC as part of the organisation’s “technical marketing” effort. The document is, in effect, a comprehensive catalogue of the UIC’s most used solutions and offers a clearer picture of what the association is doing and its value to the sector.

“There are a lot of differences between our networks, but at the end of the day, we are all railway people and we were all confronting the same problems.”

Davenne says that while the UIC acts as a sector standard-setting organisation through the elaboration of its International Railway Solutions (IRS), its real added value is in operation, something he admits has not always been clear. For example, while 5G standards have been drawn up by international standards body 3GPP, the UIC led the operational adaptation of those standards to the world of railways, a process described by Davenne as “in-depth technical work.”

It was a similar story in the development of GSM-R in the early 2000s. UIC invented the Eirene system which is able to facilitate seamless cross-border operation for GSM-R equipped trains and locomotives, and Davenne says its success is reflected in the assumption that it works effectively.

“That’s what we do at UIC, to be sure from an operational point of view that everything is designed correctly since inception,” Davenne says. “My wish with the document is that railways and others understand that with the UIC, they have a very powerful tool to improve operation and to implement common operational solutions.”

Such an approach is critical for Davenne if the rail sector is to evolve from a patchwork of individual networks with different operational rules to a single unified network.

Traffic management is the clearest example of where rail has the potential to improve, according to Davenne. Optimising peak time traffic management through the network-wide deployment of ETCS across Europe could increase network capacity by 25-30% without investment in track infrastructure. “That is exactly the kind of practical innovation that we should be working on,” Davenne says.

“What we need is to have a system vision for all of Europe and I think this starts from having common notions about operation. The added value of UIC is that we can act as a forum, as a place where we can provide part of the solution and where our members can think together on how to produce those solutions.”

One such project where significant progress will take place in 2021 is the new Open Sales and Distribution Model (OSDM) to replace the existing Price and Fare Information Storage (PRIFIS) international tariffs distribution tool for Europe.

The new service will become an important foundation for pan-European passenger travel by distributing international travel tariffs and prices among operators’ distribution systems and making them available to third-party vendors. In practice OSDM is distributing the fares of 38 companies covering regional and long-distance services across northern Europe. The system optimises possible travel options presented to the customer while eliminating the discrimination often present in current channels by not favouring one carrier over another. It also improves opportunities for multimodality and the provision of Mobility as a Service (MaaS).

“To deliver the shift to rail and public transport we have to guarantee that it is easy to use,” Davenne says. “One of our strategic issues for 2021 is to increase our collaboration with UITP so we can interface this system with local public transport systems that are not already within the rail ecosystem.”

With Austrian Federal Railways (ÖBB) set to use the OSDM as it introduces a new distribution system for Nightjet, and German Rail (DB) set to harness it for a new vendor ticketing system, Davenne says growing enthusiasm for platforms such as OSDM reflects a wider shift in the industry to improve collective efficiency of the overall system to encourage more people to use rail.

He points to the example of Italy, where private operator NTV-Italo is competing with Italian State Railways (FS) on high-speed services, which has resulted in huge growth of the overall market. SJ also recognises how the entry of MTR as a direct competitor has expanded the market in Sweden.

“There are satisfied customers and there are more people for each company to serve,” Davenne says.

While the pandemic has been the definitive issue of 2020, Davenne says climate change remains the number one challenge facing society today. Rail is heralded as a clean transport mode. And modal shift from more polluting forms of transport to rail is currently considered an optimal solution to reduce transport’s substantial contribution to global greenhouse gas emissions.

The pandemic also showed what life could be like with less traffic in cities and reduced pollution, aiding rail’s cause. “People realised what a burden congestion is and that there is a way to gain more access to public space for walking, cycling and more public transport,” Davenne says.

Likewise, rail freight did not suffer anything close to the same drop in demand as passenger services during the pandemic, emphasising its importance to keep goods moving and reinforcing calls in Europe to shift more freight from road to rail. The recovery has been similarly robust in Asia where rail freight traffic fell by only around 5% compared with pre-pandemic levels.

Davenne says the pandemic also demonstrated that strong political intervention can quickly change current trajectories. For example, governments acted swiftly to prop up ailing economies and support workers who were unable to work.

With governments keen to “build back better” through guiding policies such as the EU’s Green Deal, Davenne hopes rail can now receive the support it requires. “I hope in the coming months we will have much more determined public policies to tackle those questions and I do think rail should benefit from that,” he says. “I think the whole sector shares the belief that we can offer real value for money when tackling the climate issue if we have sufficient financing.”

One of the key areas requiring support is the next phase of Europe’s Shift2Rail programme, the new European Partnership on Rail Research and Innovation.

Davenne says this should act as the system pillar for European rail innovation and the forum in which railways and associated parties should work together to secure consistency. He says the UIC’s role will be to provide the common operational rules for the whole railway community as the system pillar within the new Shift2Rail is “far larger than the UIC.” It will also help the programme to think globally. For example, the possible convergence of digital rail freight platforms used in Asia and Europe.

“That means we will work in close cooperation with other technical bodies and initiatives, and manufacturers,” Davenne says.

Shift2Rail executive director, Mr Carlo Borghini, told IRJ at the time of the announcement of the next phase of the project in September, that he hoped it would build on the success of the existing programme and “go to the next level of a system-integrated approach.” There will be a focus on new methods of operation based on digitalisation, a stronger emphasis on freight, opportunities for high-speed to compete with regional flights, and better urban connections.

Individual members are expected to contribute €30m to the programme, which will also have access to funding from the Connecting Europe Facility (CEF), Digital Europe Plan, European Regional Development Fund (ERDF) and the Cohesion Fund. More details of how precisely it will work will be revealed in 2021. But with the programme anticipated to require €21-1.5bn of investment, Davenne says effective lobbying is still required to ensure the sector secures what it needs.

What the future railway will look like is very much dependent on the new normal that emerges beyond the pandemic. The largely successful adaptation to home working in the last nine months has left many people questioning the future of existing business models and how rail might adapt.

With this in mind, UIC is working alongside Roland Berger on its New Normal project, which Davenne says he hopes can be the cornerstone of assertive messaging for the sector for the next five to 10 years. “We will try to demonstrate some kind of roadmap which will show how rail is innovative, resilient and prepared for the new normal,” he says.

The sector’s ability to combat climate change will form the heart of this message and strategy and the findings will be a central element of the UIC’s contribution to next December’s COP26 event in Glasgow. Davenne also expects the UIC to host an event alongside a member partner in the second half of 2021 to present the study’s findings and to provide a forum for the rail sector to discuss how it can deliver improvements.

“We will try to demonstrate some kind of roadmap which will show how rail is innovative, resilient and prepared for the new normal.”

One of the benefits of the crisis for Davenne was the willingness and ability of people from different parts of the world to come together in online forums to discuss challenges and best practice. People who were reluctant to take time away from their day job to travel to conferences and forums in the past were all of a sudden more willing to participate, helping the UIC to improve work on technical projects with members from Asia, Africa and the Middle East.

Davenne hopes in 2021 this new-found capability will enable the UIC to facilitate more ambitious projects at a global level. Yet he is certain that the value of face-to-face meetings has not been diminished. The return of industry events in 2021, the UIC’s centenary year, is hotly anticipated and for many cannot come soon enough.

“We are an international association and our remit is to get people together,” Davenne says.