Protecting Finland’s trains from the cold 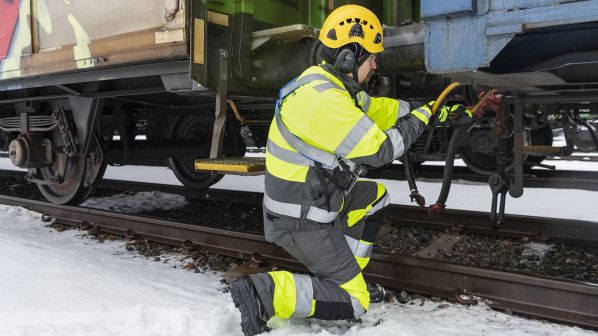 FINNISH train operator VR has to plan in advance to deal with the country’s icy winters, the unique condition of which poses a challenge to operating services.

Finland’s climate varies significantly between average summer temperatures of around 15° C-20°C, and winter, where temperatures plunge to between -10°C and -30°C. The country’s southern regions are typically covered in snow for around three to four months per year, with snow coverage in northern Finland lasting for up to seven months, according to the Finnish Meteorological Institute (FMI).

“A bigger challenge can be the changes in temperature on the same day and route, where the difference can be up to 30°C,” says Ms Nina Mähönen, VR’s senior vice-president of train operations.

A key example is the overnight service between Helsinki and Kolari, which runs 799km from Finland’s southern coast to within the Arctic Circle.

“Our methods are quite traditional, but it is important to plan ahead and carry out winter maintenance in advance.”

To cope, VR carries out a regular programme of maintenance to prepare its trains for the harsh conditions, and to prevent any disruption. This includes careful maintenance of brakes, couplings, bogies and heating systems, to minimise any risk of technical failure.

“Our methods are quite traditional, but it is important to plan ahead and carry out winter maintenance in advance to improve the technical reliability of rolling stock,” Mähönen says. “We try to ensure that every component is prepared for the journey. Diesel vehicles need more maintenance, and we need to replace the fuel with winter fuel, which doesn’t freeze as easily.

In contrast, the main requirement for electric rolling stock is to secure all components against potentially damaging moisture intrusion, which could interfere with the train’s circuitry and cause build-ups of ice in critical components.

Mähönen says that when rolling stock is parked in depots, the operator employs special “warming sheds” to safeguard rolling stock from the potential damage of extreme temperatures. She says that the warming sheds are heated using hydroelectric power which is also used in most yard operations. “We want to be a green operator in logistics, and we try to ensure that energy loss is minimal,” she says.

The annual winter preparations constitute a large operation, and Mähönen says that good management and logistics is an important factor in delivering work on time and to a high standard. Mähönen also says that carrying out the required preparations for winter is “quite expensive,” but that the costs are typically factored into VR’s regular operating costs, and ultimately the effort pays off by offering passengers safe and reliable services.

In addition to the operator’s regular winter maintenance, Mähönen says rigorous testing of newly purchased rolling stock takes place in advance of the start of operation to ensure that trains can function in the Finnish climate.

For example, a fleet of 60 diesel shunting locomotives, ordered from Stadler in 2019 for delivery in 2022, must be winterised to manage snow, ice and temperatures as low as -40°C.

As a result of these precautions, Mähönen says that seasonal changes are manageable on most routes, with no serious impact on the operation.

“During the last few years, extreme weather conditions have increased, and will in the long term.”

“I can’t give you an exact figure,” she says. “However, I can tell you that there is no significant difference between winter and summer temperatures in terms of operational performance and engine failures.”

Mähönen says another important factor in the logistics of VR’s winter operation is cooperation with other organisations to support planning. In particular, VR’s partnership with the Finnish Transport Infrastructure Agency (FTIA) and traffic control and management agency Finrail are crucial, both to ensure track and other infrastructure such as switches, catenary, signalling and control systems are well maintained and clear of snow, and so the operator can quickly respond if lines become inaccessible.

“We also cooperate with the FMI and receive regular updates every day which we use in our planning,” she says.

FMI’s involvement enables VR to prepare in advance of extreme weather, and helps the operator take precautions and plan alternative routes in the event of disruption.

While VR’s current model for winter operations is finely tuned, Mähönen says adaptations are likely to meet the new challenges posed by global climate change. Over the coming decades, Finnish winters are expected to become stormier and wetter, with periods of snow coverage becoming shorter.

“Strong winds and storms have noticeably increased, with trees falling on lines and electrification,” she says. “During the last few years, these extreme weather conditions have increased, and will in the long term. We have good processes for snow, but the storms happen suddenly, and we will have to find ways to plan for this.”