With United States railways closing in on the complete rollout of Positive Train Control, William C Vantuono, editor-in-chief of IRJ’s sister publication, Railway Age, assesses what is still required to get the project over the line and the potential for the technology to unlock future autonomous operation. 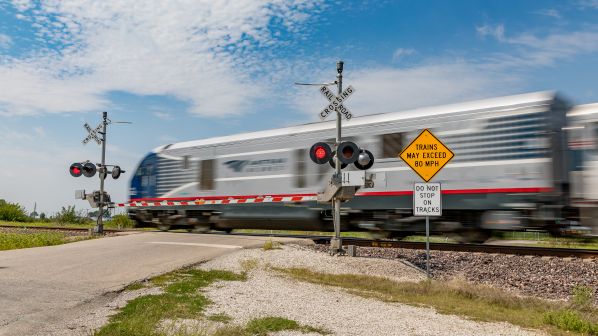 The US railway industry is drawing close to achieving its $US 15bn goal for full implementation of Positive Train Control (PTC). Photo: Shutterstock

CALL it the “home stretch,” the “race to the finish line” the “last mile,” or in this case, the “light at the end of the tunnel.” With, approximately 15 months left until the Congressionally-imposed December 31 2020 deadline, the US railway industry is drawing close to achieving its $US 15bn goal for full implementation of Positive Train Control (PTC).

It hasn’t been an easy task, and along the way, there has been some heavy lifting, as well as numerous obstacles to clear, on the part of railways, the supply and engineering/consulting community and the Federal Railroad Administration (FRA), the regulator charged with overseeing this monumental effort.

Much work still needs to be done, but as FRA Administrator, Mr Ronald L Batory, puts it, the agency he has led since late February 2018 “is determined to help all affected railways successfully satisfy the statutory deadline for full PTC system installation, testing and certification, and ultimately initiate operations governed by PTC on all required territories. FRA is currently directing its focus and resources on the technical challenges facing the railways, including commencing revenue service demonstrations, interoperability testing and safety plans.”

“FRA is committed to doing its part to ensure railways and suppliers are working together to implement PTC systems,”

Batory, a career railwayman and executive who brought 44 years of practical, real-world operating and safety experience to the job, is arguably the most effective Federal Railroad Administrator since the agency was established in 1966 under the Department of Transportation Act by president Lyndon Johnson. In a US federal government mired in controversy and gridlock, with a current president whose qualifications to govern and lead are in question, Batory is an exception.

When he took office last year, Batory - quietly working behind the scenes while his confirmation was held up by an unrelated tug-of-war involving the White House and Senate minority leader, Mr Charles Schumer, over federal funding for new Hudson River rail tunnels - immediately characterised progress on PTC as “uneven.” He pledged that the agency would take a proactive approach to ensure railroads acquire, install, test and fully implement certified PTC systems in time to meet the congressional interim deadline of December 31 2018. “FRA is committed to doing its part to ensure railways and suppliers are working together to implement PTC systems,” Batory said at the time.

It was the first time that FRA had publicly - and correctly - referred to the December 31 2018 date as “interim.” That deadline was met. Thanks in large part to Batory’s quiet but effective leadership style and cooperative approach, next year’s final deadline, for all intents and purposes, will also be met.

Batory has had to endure Washington’s business-as-usual political posturing - needless congressional hearings on PTC, a National Transportation Safety Board that at times appears to be talking out of the side of its mouth, and grandstanding politicians who, for the most part, are clueless about railways. But he soldiers on, rising above the circus, working closely with the FRA’s true constituents: the railways, and the signalling and train control suppliers which develop PTC hardware and software.

Here’s where things stand as of early September: based on the railways’ Second Quarter 2019 PTC Progress Reports, which were due to FRA by July 31 2019, the 42 carriers subject to the statutory PTC mandate are making steady progress. As of June 30 2019, PTC systems were in operation on approximately 80,950 (87%) of the nearly 93,340 route-km required to be equipped by Congress. This reflects a 4% increase since first-quarter 2019. Nonetheless, some significant work is still needed to fully implement the PTC rollout by December 31 2020, especially with respect to activating PTC systems on the remaining required main lines and achieving the necessary interoperability with their tenant railways - for example, freight railways that host Amtrak inter-city, regional or commuter services.

Class 1 freight railways reported that PTC systems are in operation on approximately 91% of their required main lines as of June 2019, a 4% increase since the first quarter. Amtrak also reports that approximately 1446 of its 1450 (99.8%) required route-km on the North East Corridor, and lines in Michigan and in California are governed by a PTC system. In addition, Amtrak informed FRA that its operations are now governed by a PTC system on at least 25,801 of the 30,769 route-km (84%) where Amtrak operates as a tenant railway.

“Class 1 freight railways reported that PTC systems are in operation on apporximately 91% of their required main lines as of June 2019,”

Host commuter railways reported that as of June 2019, they were operating their PTC systems in revenue service demonstration (RSD), a type of required advanced field testing, on approximately 1123 route-km and in revenue service on 713 route-km, which, in total, is 37% of the host commuter railways’ 5007 required route-km and a 12% increase since the first quarter of 2019.

“All railways have committed to fully implementing PTC systems on the required main lines by December 31 2020, if not earlier,” FRA noted. “Nonetheless, Batory and senior FRA officials continue to host meetings with dozens of individual railways and groups of railways, vendors, suppliers and subject matter experts to actively monitor developments and identify potential solutions where challenges arise.

“In addition, regular meetings are being held with the executive leadership of Amtrak and each commuter railway that operates on or near Amtrak’s North East Corridor and/or the commuter railway’s own PTC-mandated main lines in the northeast.

“Finally, FRA will host the remaining four of six PTC Collaboration Sessions over the next 16 months to further support all railways subject to the statutory mandate and to convene the industry’s technical experts to share best practices and jointly resolve common technical problems.”

Since 2008, through FRA, the US Department of Transportation has awarded nearly $US 2.6bn in grant funding and loan financing to support the railways’ implementation of PTC systems, which FRA said “amounts to nearly 18% of the industry’s estimates for initial PTC system implementation costs” of roughly $US 15bn.

August 27 2019 is arguably one of the single-most important days in recent North American freight railroading history. On a test track at Transportation Technology Center, Inc (TTCI) in Pueblo, Colorado, with railway executives and industry officials in attendance and locomotive drivers in the cab, a PTC-compliant, heavy-haul freight train formed of three EMD locomotives and 30 loaded freight wagons carrying 4725 trailing tonnes started and stopped solely under the command of an on-board computer.

Leader, widely deployed across the US rail industry as a fuel optimisation technology, demonstrated automatic operation of throttle, dynamic brake, independent brake and air brakes, controlling the train for 77km over a variety of terrain, starting and stopping on uphill and downhill grades and on level right-of-way, “providing precise control that conserves fuel and reduces in-train forces,” according to NYAB’s senior vice-president marketing, sales and service Mr Jason Connell. “The main purpose of the Zero-to-Zero demonstration was to show that Leader can precisely execute any railway operating strategy in the North American PTC environment.”

That PTC environment, as industry leaders envision, would be so-called “PTC 2.0,” which would begin to advance PTC from a federally-mandated safety overlay to a full-blown “smart railway” network utilising IT architecture, Big Data, the Internet of Things (IoT), data communications, analytics, Artificial Intelligence (AI) and related technologies currently under development.

The first version of Leader was Leader DriverAssist, first deployed on Norfolk Southern more than a decade ago. NYAB describes this version as “advising locomotive engineers (‘driver prompt’) on train handling (throttle and dynamic/pneumatic brake application) in a way that saves fuel.” The algorithms programmed into Leader DriverAssist generate “look ahead” scenarios that do not start and stop a train, but enable the locomotive driver to achieve, in railway lingo, a “golden run.”

Recently, Rio Tinto deployed the next generation, Leader AutoPilot, to automatically operate heavy-haul freight trains without drivers. The trains are also equipped with electronically-controlled pneumatic brakes supplied by Wabtec and Hitachi Rail STS’s AutoHaul technology to transport iron-ore from mines in Western Australia to ports hundreds of kilometres away.

Precision train handling using computers is improving railway operations and reducing operating ratios. While autonomous operation of PTC-compliant freight trains in PTC territory in select locations in North America is several years away, the computerised train handling test at TTCI in Pueblo is the first of what are expected to be many such demonstrations and evaluations during the next few years.

To view the public version of each railway’s Quarterly PTC Progress Report for Quarter 2 of 2019, visit each railway’s PTC docket on ww.regulations.gov