LONG-touted as the backbone of a sustainable European freight network, rail’s overall share of the logistics market continues to stagnate at around 16-17%, much to the frustration of European politicians and rail freight operators.

But in 2019 the sector is looking to retake the initiative. Joining the groups promoting sustainability and the environment at COP24 in Katowice last month was a new rail industry collective, which officially launched a year of promotional activities at the Polish city’s railway station during the summit.

Rail Freight Forward (RFF) is aiming to promote the sector’s cause by improving communication with the wider public and business community about the benefits of rail freight.

Members include major incumbent railways and smaller private operators (see panel) and is backed by the Community of European Railways and Infrastructure Managers (CER), International Union of Railways (UIC), European Rail Freight Association (Erfa), and the Association of German Transport Companies (VDV). According to Mr Clemens Först, CEO of ÖBB freight subsidiary, Rail Cargo Group (RCG), RFF is set to serve as a cross-sector pressure group which can help to speed up the development of rail freight flows across the continent.

“We realise as a railway sector that we have not been loud enough,” Först says. “We didn’t manage to tell a compelling story that is also understood by non-experts. We will use simple communication, modern-means of communication, social media, events and so on, to really transport this message forward.”

The cross-sector desire to collaborate reflects the condition of the overall market. Först says that while RCG is operating profitably, other major rail freight operators and some logistics companies are recording negative results. “It looks like the logistics industry did not profit from a prosperous European economy,” he says.

Först says RCG is expected to report revenues of around €2.3bn in 2018, an increase of 5-6% and well ahead of the market’s GDP growth of 1-2%. The company will also record “double-digit” Ebit growth and “triple-digit” Ebitda figures for the year. “We are very proud to be the only big rail logistics company which has been consistently operationally positive since 2012.

Först credits the improved profitability to RCG’s ability to increase traffic on international routes, helping to secure business from other railway operators by offering a better service and from road carriers.

The operator has done this by pulling “most of the levers available to us,” but particularly by improving productivity. Först adds that RCG has introduced high single-digit and some double-digit price increases in 2018 to sustain this profitability level into the future.

The RCG network is centred on the company’s domestic markets of Austria and Hungary, and four geographical points which form what Först describes as a parallelogram: the ports of Zeebrugge, Antwerp, Rotterdam, and Amsterdam, and the Rhine-Ruhr area in the northwest; Poland and antennas to Russia and China in the northeast; the Balkans, Greece and Turkey with links to Iran in the southeast; and Slovenia and Italy in the southwest with connections to the ports of Koper, Rijeka, Trieste and Ravenna.

Först says the lines connecting these corners are the real growth drivers for RCG. The strongest freight flows are import-export transit services on diagonal routes from Austria and Hungary. He also reports growth in north-south freight flows via the Brenner Pass, and east-west flows from Italy to Romania and the Balkans. There is also substantial growth from Poland to the Balkans and Turkey.

A key initiative to harvest this growth is the introduction of shuttle-trains, including new services between the Rhine-Ruhr and Austria, and improvements to existing shuttles between Austria, Greece and Turkey.

In addition, RCG is dramatically expanding its intermodal offer, announcing plans in November to add new connections between the Netherlands and Austria; Hungary and northern Italy; and Turkey and Poland. This will supplement the new twice-weekly Vienna - Picadena, Italy service, which improves connections from markets in northern Italy to Austria, Hungary, Czech Republic, Slovakia, Bulgaria and Romania; a bi-weekly service between the port of Rotterdam and the Bilk intermodal terminal in Budapest; and a weekly service between Lodz, Poland, and the Halkali intermodal terminal in Istanbul. The operator also reports major success with its services to China, growing from just 50-60 trains in 2017, to exceed a target of more than 400 trains in 2018.

“Our strategic position in the market is as a rail freight logistics provider,” Först says. “The time when we considered ourselves as a carrier are long gone. We envision ourselves as a rail forwarding company and an intermodal operator. We don’t just sell you station-to-station, but we sell you complete end-to-end transport, including first and last mile, including transhipment, innovative wagon materials, and customer service, which exceeds the customer service of a normal railway carrier.”

Critical to this approach is a new product marketing strategy. The network is now called TransNET, with conventional or intermodal rail freight service connections labelled, TransFER. “Everything will be branded and communicated in that consistent method,” Först says, adding that such a strategy is all about the rail operator doing its homework and adjusting to market demand.

This is no more evident than in its plan for the development of single wagonload freight traffic. Accounting for around 50% of all traffic volumes in Europe, this form of rail freight continues to suffer from inefficiencies, particularly relating to first and last mile operations.

Först says RCG is addressing this through its shuttle train strategy, which connects shunting yards that are a significant distance apart. “That way we can make single wagonload more attractive in terms of transit times and cost,” he says. “Running a single wagonload system the same way we did 100 years ago is like not doing our homework and assessing a 21st century customers’ needs. Doing direct shuttle trains, decreasing transit times between Antwerp and Austria from 48 to 16 hours is part of doing our homework.”

A new in-house wagon innovation could further revolutionise single wagonload in the next two years and beyond as fleets across Europe reach life expiry. The TransANT wagon has been developed by RCG in partnership with Voestalpine and built by ZOS Trnava in cooperation with TS Slovakia in Slovakia. One of 10 prototype wagons was shown at InnoTrans in Berlin in September. 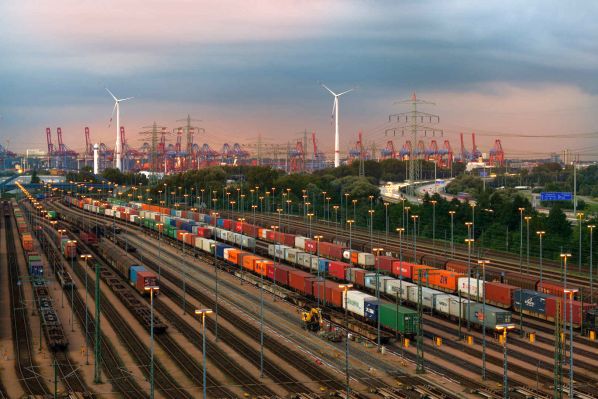 The prototypes feature a lightweight steel frame, which can increase payloads by up to four tonnes, while the length of the wagon can vary to between 10m and 21m. A customisable structure is available for use on top of the wagon structure, varying from four structures for bulk products to something akin to a lorry trailer.

Each of these prototypes is currently in active service and Först says the plan is to start production of a first batch in 2019 for a full rollout alongside the prototype wagons in 2020.

“The key differentiator with other modular concepts on the market right now is that they are used only in block trains,” Först says. “They cannot be used in single wagonload because the interface between the platform wagon and the structure doesn’t support the forces which a wagon experiences in single wagonload. TransANT is different.”

Further efficiency improvements are on the way through the complete end-to-end digitalisation of RCG’s processes. RCG is partnering with established and large companies as well as start-ups to deliver innovation, which includes introducing GPS sensors on RCG’s entire wagon fleet and fitting sub fleets with sensors to monitor conditions such as temperature and humidity, door opening and closing, and the weight of the load. The operator is also working on internal improvements by introducing new technologies and enhancing resource utilisation to make more intelligent planning and dispatch choices, and optimising wagon use.

While RCG and many other operators doing their homework is all very well, Först says this is not sufficient to change the overall market situation in a significant way. The entire sector is hamstrung by several key factors which will require collective effort at the European level.

Specifically, interoperability is a critical issue facing European rail freight operators. While rail is more cost-effective point-to-point than road, the price of first and last mile transfers continues to drive customers away. Rail is increasingly hindered by infrastructure bottlenecks and access to suitable paths in light of the growth of passenger traffic. On cross-border routes, an operator requires a license to operate in each country as well as having to certify a locomotive for operation and employing a driver who speaks the local language and is trained on the required track sections. For a comparative road journey, you need a driver with minimal training who is free to use any road as he pleases.

Introducing a level playing field between rail and road so shippers are offered a fair price is another critical issue. Here the true macroeconomic costs of road - such as CO2 and NOx emissions, safety and noise - are not paid for by the shipper but by society, giving road a seemingly unfair economic advantage.

“If you add these microeconomic costs, the cost reverses in a significant number of cases,” Först says. “We need to have a situation in which the shipper still decides which mode he is using dependent on the price he gets. But this decision should result in a macroeconomically optimum transport mix for Europe. I don’t want to make road more expensive - if you do, you immediately lose shippers. I would like to make rail cheaper to reflect the fact that a lot of these external costs are already internalised because we are safer, greener etc.” 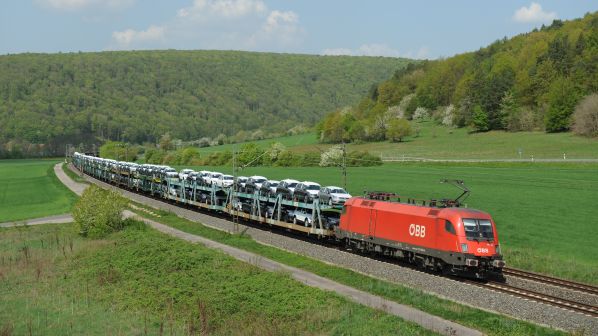 While the European corridor policy has concentrated investment, Först says power remains with national governments, with limited leverage at the European level to really change things.

“The key challenge is that rail freight has not been and is still not top of the agenda of political decision makers,” Först says. “There are obviously a couple of countries, including Austria and Switzerland, where the topic of sustainable transport policy is very present, and you see this with modal shares where Austria is at 30% and Switzerland is even a bit above. Unfortunately, these countries are in the minority.”

Yet there are signs in some key national markets that the tide is turning. Först points to Germany’s Master Plan for Rail Freight, which includes infrastructure investment in new and expanded routes and promises to halve track access charges to promote modal shift and innovation. The German government is justifying the policy as part of its efforts to cut road traffic and reduce emissions. The Netherlands has adopted similar legislation while Italy is subsidising some single wagonload freight.

By piggybacking onto these efforts, Först is optimistic that RFF will help to make the sector’s case in areas of Europe that are not yet onboard. By convincing decision makers that the sector is worthy of investment, they hope to finally make a real difference. “Through RFF, we believe we can finally move our cause beyond the tipping point,” he says.

2019 then might yet be the year that European rail freight finally turns the corner.