Rail sector urged to up efforts to reduce emissions

Speakers at the UIC’s low-carbon mobility conference in Brussels in February emphasised the urgent need for railways to step-up their efforts to reduce rail carbon emissions even further and make rail more attractive to achieve a shift from road and air. David Briginshaw reports from the Belgian capital. 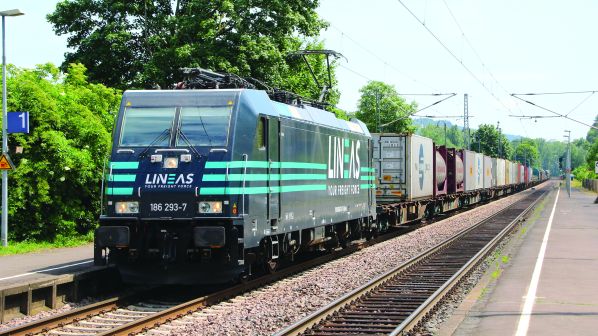 “If we want to reduce the consequences of global warming, which are now quite inevitable, we have to act fast and act now,” Davenne said. “Acting fast means that we have to reduce emissions using the technologies that are at hand.” Davenne believes the best way to achieve this is by promoting a shift to the least emitting modes, namely rail, public transport, cycling and walking. Davenne wants to see a collaborative approach to promote frugality and make modal shift desirable to the end user.

“If we continue to cherish a transport model based on individual vehicles that consume both non-renewable resources and contribute to global warming, it will be quite difficult to curb the rise in temperatures on our planet,” Davenne warned.

“Transport in its broadest terms is responsible for 24% of energy related greenhouse gas emissions but rail today is four-times less carbon emitting than the other modes and has a really important part to play,” Davenne continued. “Whilst accounting for 8% of global passenger and freight transport activity in passenger-km and tonne-km, rail represents only 2% of transport emissions and is therefore a particularly efficient and sustainable mode of transport. Rail benefits from a decisive advantage of frugality, which is a cardinal virtue for tackling the effects of climate change.”

Davenne listed four areas where rail is frugal compared with other modes:

But, in order to make rail more attractive and reliable for the end user, investment needs to be stepped up. Davenne also wants to see a level playing field so that all modes pay not only for the infrastructure they need but also for the impact they make.

Davenne wants rail to continue to innovate but with greater agility. He wants smooth interfaces between rail and public transport with a duty to be interconnected by design. “Town planning and mass transit must work hand-in-hand to provide urban areas which are people-friendly and provide for maximum accessibility,” Davenne says. “This will then free up public space for soft mobility: walking, cycling, or simply enjoying the open spaces.”

Ms Karen Vancluysen, secretary general of Polis, a network of European cities and regions cooperating on innovative transport solutions, pointed out that nearly one-third of transport-related CO₂ emissions are from urban passenger transport. “We need a systems approach to achieve a modal shift with public transport as the backbone,” she told delegates. “Just replacing cars with electric vehicles won’t solve congestion.

“The private car is the biggest user of urban space which is very scarce and therefore very valuable and gives cities the upper hand in reallocating space. We need more evidence of the trends to inform policy and steer urban mobility.”

With Mobility as a Service (MaaS) initiatives gaining ground, Vancluysen says that there is a risk that a purely commercial approach to MaaS could act as a disincentive to people making sustainable choices for journeys, such as walking or cycling, which don’t generate revenue. “We need to regulate to innovate, and maximise the benefits of new services and minimise the drawbacks,” she said.

Mr Thomas Möhring and Ms Eva Dijkema, from Dutch infrastructure manager Prorail, emphasised the need to get people out of planes and on to trains to reduce transport carbon emissions. Möhring said that we need to try to get people to think differently about journey times when comparing modes. “Time on a plane is lost, whereas you can be very productive on a train,” Möhring said. But that doesn’t mean railways should stop trying to reduce journey times to make rail more competitive with air.

Möhring highlighted two major barriers to rail which need to be addressed: the low cost of air fares compared with rail and often cumbersome and inconsistent train booking systems. He also says the night train concept needs to be rethought to make it a more realistic alternative to air travel.

Dijkma had just returned from a long sea voyage to try to reach the United Nation’s COP25 climate change conference in Chile without flying. The event was subsequently transferred to Madrid due to riots in Santiago and Möhring travelled there from Amsterdam by train.

Dijkma called for arrangements to be made to enable delegates to travel by train from Brussels to COP26 in Glasgow, although this will require a change of trains in London due to Britain’s restrictive loading gauge and strict rules on the type of passenger trains allowed to operate in the Channel Tunnel. Only the original Eurostar trains would be suitable to do this.

Mr Paul Hegge, director of public affairs with Belgian rail freight operator Lineas, shifted the debate to freight when he pointed out that the 75% market share which road freight enjoys in Europe is not sustainable. “We want to double rail freight in the next 10 years, but we need water to do the same, and we need to integrate more with other modes,” he said. “If we are successful we will only succeed in not making the current situation worse.”

Hegge pointed out that the road haulage industry plans to electrify. “Maybe 25% of trucks will be electric by 2030, but a truck will still use six times more energy than a train due to physics.” Rubber tyres on tarmac are less efficient than steel wheels on steel rails.

“Rail operators are not modern enough, nor multimodal enough,” Hegge continued. “Operators need to innovate aggressively over the next few years, but not singly. Rail is a network, so we need a network approach. Our productivity is too low which makes rail uncompetitive.

Mr Bertrand Minary, chief innovation and digital officer with Fret SNCF, added to the rail freight discussion. “Only a few players are earning money and we face huge competition from road freight with its external costs paid for by the state. To reinvent rail freight, above all it is a question of mind set. Most of the wagons are owned by leasing companies which don’t often have the same objectives as operators. We need a lot of cooperation to succeed, for example with customers, road hauliers, shipping companies, freight forwarders, customs authorities, terminal operators, ports and other rail operators and infrastructure managers.

“There is a huge challenge to prepare for the future,” Minary said. “Everything is still manual, and coupling and shunting are still based in the 19th century. We need automatic couplers, but we also need automatic operation to make them work. We need to form trains which run very long distances and with high volumes.

“We are working with German Rail (DB) on an autonomous freight train, and we are trying to create a modular control system so that we can update elements as technology develops in the future - we need to be very agile. The two railways are doing this because we want to take advantage of the best technology available,” Minary concluded.