Dr Jürgen Wilder, member of executive board, Knorr-Bremse, tells Kevin Smith that the manufacturer has performed better than expected in 2020 and is primed for further growth. 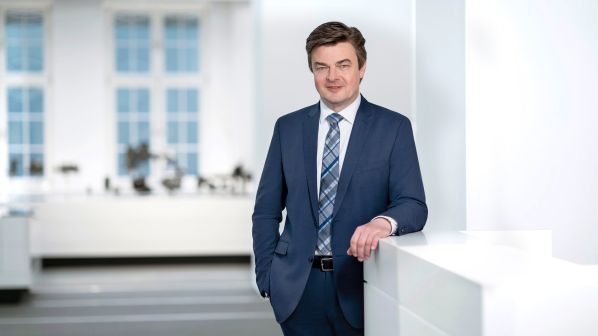 WITH activities in 29 countries covering braking systems as well as other key rail components and systems such as intelligent doors, air-conditioning, and vibration dampers, Knorr-Bremse is well placed to assess the impact of the Covid-19 pandemic on the global rail supply sector.

Dr Jürgen Wilder, member of the firm’s executive board, says that with up to 68 rolling stock plants closed at the height of the pandemic, it was an unprecedented situation. However, the outcome was not as bad as the company thought it might be in the early weeks “when no-one had a clue what might happen.”

“We saw some delays in projects and some delays in order entry and tenders, but our service business suffered much less than expected,” Wilder says. “I think the reason for that was that there was a lot of support from government. A lot of empty trains were running, which underlines how important rail infrastructure is to society.

“On the other hand, operators were afraid of running out of spare parts and that the supply chain would be impacted by the virus, so even in the time of crisis we saw an uptick in our service business because everyone wanted to put some spare parts in stock just in case. In the second half of the year, it has been a little less, so our second half has been a little weaker.

“Overall, we are suffering some losses in sales but we were also able to implement drastic counter measures to reduce our fixed costs, so we are ending up with a margin that is better than I expected at the beginning of this crisis, which I am not too unhappy about. This I believe is symptomatic for the rest of the industry.”

“Even in the time of crisis we saw an uptick in our service business.”

Wilder notes that the recovery has varied by region. Asia has experienced a much swifter recovery, where Knorr-Bremse’s performance was buoyed by orders in China. He says India is a very different story, while performance in North America has been hit by a downturn in the freight market. In Europe, the recovery has also taken longer, and been compounded by fresh restrictions which have hit railway operators during the winter months.

However, with restrictions more selective, Wilder says the impact on Knorr-Bremse will be less than in the first stage of the crisis. He is also extremely optimistic that rail is in a good place in the medium to long-term, expecting the business to return to the original growth path. “At some point we will forget about this Covid-19 situation and what will remain is CO₂ reduction and climate change discussions,” Wilder says.

“The pressure from the young generation on all of us to change the situation and to take climate change more seriously will come back drastically, I am totally convinced about that. And rail is part of the solution because of the CO₂ reduction.”

Wilder sees continuing demand from Europe where he says there is a significant need for updated infrastructure and new trains. It is a similar situation in North America. However, he is a little more cautious about prospects in China due to domestic protectionist policies.

“While there might be more growth in the market, the question is whether we can participate as much as we did in the past? We are a little cautious about that,” he says.

Whether the Chinese are realistically able to compete with Knorr-Bremse in other markets also remains to be seen.

Wilder says this has been an ongoing discussion for the past 10 to 15 years and the situation has progressed more slowly than anyone expected. He cites the difficulty in securing certification for Chinese products, particularly in Europe, for the delay and thinks that Chinese suppliers are likely to continue to focus heavily on their domestic market. “I think the discussion on trade wars and not globalisation, but the opposite, isolation, will slow down this trend a little,” Wilder says. “I’m not saying it will never happen, it probably will happen, but I think it is going a little slower than anyone expected.”

“We need to change transport for the better and make it more climate friendly.”

For Wilder, Knorr-Bremse’s unique selling point is its emphasis on delivering high-quality products, which offer its customers peace of mind. The company also has a strong focus on research and development, investing up to 6% of sales each year.

Wilder says the company is currently exploring entry into the couplers market, specifically digital automatic couplers, work on which has stepped up in recent months with trials underway in several European countries as well as on a project led by Shift2Rail.

Wilder says additional work is taking place on reproducible braking distance to reduce the stopping distance for trains and to improve the predictability of this process, which can vary from 600m with a train operating at 120km/h in dry summer conditions to 2km when rails are slick in the autumn. He says this information could be fed back into the signalling system, potentially leading to an increase in the capacity of traffic without expensive investments in new infrastructure.

Rail traditionally has a poor reputation for embracing innovation and adopting new processes quickly. However, if the sector has any chance of meeting its ambitious CO₂ reduction targets, Wilder believes this situation must change, and change soon.

“If you think of brakes and trains, you might ask what progress has been made in the last 50 years?” Wilder says. “There are tremendous opportunities for innovation in order to make the business cases of customers and society much better. And that is what we are looking for when we make the business case for our investment in these areas.

“We need to change transport for the better and make it more climate friendly. It’s very, very important and personally it is the reason we all come to work every day.”