THIS MONTH sees major changes in the organisation of Belgium's railway industry with the implementation of reforms that will abolish Belgian National Railways (SNCB) Holding and transfer all of its assets, liabilities, and activities to the state-owned train operator, SNCB, and infrastructure manager Infrabel. 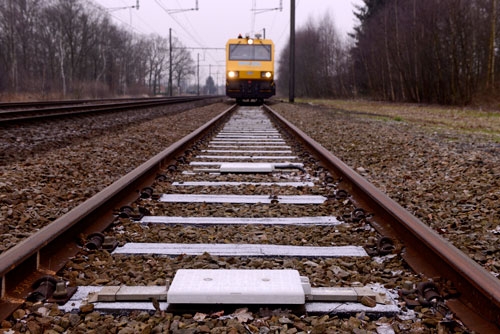 The group structure has been the subject of regular criticism in recent years, both from within the railway industry and externally. Politicians have questioned the value of retaining SNCB Holding, while the division of powers, operational inefficiencies, and duplication of functions between organisations have all fuelled the drive towards restructuring.

There have also been concerns that the current structure would not comply with European Union (EU) regulations on the liberalisation of the railway sector and the full vertical separation of infrastructure and operations.

Speaking at the European Rail Congress in London last November, Infrabel CEO Mr Luc Lallemand noted that the previous rounds of railway reform in Belgium incurred considerable costs, both in studies and implementation; focused management on problems that are a low priority for the railway's customers; and failed to bring the industry in line with European legislation.

Furthermore, Lallemand argued there was a need to simplify the industry by clarifying roles, eliminating duplication (in some cases triplication) of processes, minimising the number of external interfaces, and avoiding conflicts of interest.

The legislation passed by parliament last year, and now being implemented, therefore has six key objectives:

With the abolition of SNCB Holding, SNCB assumes responsibility for stations and security while Infrabel will take over the holding's IT and telecoms activities. Infrabel will still be responsible for building, maintaining, and operating railway infrastructure, as well as capacity allocation and track access charging, but passenger information functions will pass to SNCB. In preparation for this, Infrabel has developed software which will allow it to communicate information on train movements to SNCB in real-time.

"This is an important and positive reform which brings us into line with EU directives on liberalisation of the railway sector and puts us where we need to be," explains Infrabel's chief financial officer Mr Marc Smeets. "SNCB Holding was not a traditional holding company because it was still managing operational activities which could be managed effectively by the train operator or infrastructure manager."

A common subsidiary, HR Rail, has been established which will employ all 35,000 Infrabel and SNCB staff, taking on responsibility for pensions and healthcare funds. "This is important for the trade unions, because they were anxious that existing statutes might disappear with restructuring of the railways," says Smeets.

Under the new structure the Belgian state retains its 99.8% share in Infrabel and will continue to be the majority shareholder in SNCB. SNCB Holding's €4bn debt has been split between SNCB and Infrabel, and the two companies are keen to ensure these liabilities are appropriately distributed. "One of the challenges of the restructuring has been dividing the debt in a way that is fair," says Smeets. "Some of it is very easy to allocate because it is specific to infrastructure or rolling stock. Neutral debt has been allocated according to how it can best be managed in the future. The government wants both companies to be viable, and we have a solution in place that will allow SNCB and Infrabel to control debt according to the needs of our respective businesses and manage the overall debt more effectively than in the past."

Because Infrabel has been debt free until now, it is a newcomer on the financial markets. Nonetheless, Smeets is confident the company is in a good position to borrow at favourable rates. "My first impression is that we're an interesting company to the markets," he says. "Standard & Poor and Moody's have given us a similar credit rating to the Belgian state, even with the debt we have inherited from SNCB Holding, so I believe we will have easy access to the markets. We don't plan to increase our debt, but we do want to refinance existing debt and try to reduce it."

Smeets sees new commercial opportunities for Infrabel in the IT and telecoms functions it has taken over from SNCB Holding. "This transfer allows us to develop these activities a bit more and consider what services we could offer to the market," he says. "Infrabel has a major cable network and while most of the capacity is used internally we could develop new activities using spare capacity. It won't be a major activity, but there are certainly opportunities."

The 2013-2025 investment plan approved by the federal government last July allocates more than €1bn per year to Infrabel over the next decade for investment in the network, with a focus on renewing signalling systems and concentration of signalboxes to improve on-time performance and safety.

"Safety is a key priority for this period and there is a lot of emphasis on modernising signalling systems," says Smeets. "We want to be a European leader in ERTMS."

€5.2bn is allocated to investment in safety during this period, including €2.3bn for ETCS and the Transmission Balise Locomotive driving aid system (TBL1+), and this will allow Infrabel to complete the national ERTMS rollout by 2022 (IRJ March 2013 p39). In the meantime, the implementation of the TBL1+, which has already contributed to a significant fall in the number of signals passed at danger, will be fully completed by the end of 2015. By the end of 2012 all key junctions on the Belgian rail network were equipped with TBL1+.

Over the next decade train control will be increasingly centralised on a small number of signalling centres, a process that is already underway. The number of signalboxes has been more than halved in the last decade, from 368 in 2005 to 180 last year, and this process will continue with train control being concentrated at 31 locations by the end of 2016 and just 10 by 2022.

The increasing automation of infrastructure is expected to drive new approaches to asset management, and Smeets anticipates a shift towards a more preventative maintenance regime. "Increasingly data is being handled centrally, which allows better planning and organisation of maintenance work and gives us a much better understanding of the condition of our assets," says Smeets. "I think our organisational structure will have to evolve to take profit of new ways of working. This is a transition that is underway in other countries and I'm confident it will happen in Belgium, and it will result in much better coordination of maintenance activities in the future."

A key development over the last decade was the use of public-private partnerships (PPPs) to implement major infrastructure schemes,

including the Diabolo link to Brussels Airport and the Liefkenshoek Rail Link, which will provide a new rail connection between Antwerp's eastern and western docks. Yet while these projects have achieved widespread acclaim, Infrabel is not currently planning any further PPPs.

"These have been very successful projects, both on time and on budget, but they were very complex, they took a long time to set up, and they need to be managed and monitored by a dedicated team," says Smeets. "We want to test both projects in operation and see how they perform in the longer term, but it's clear that PPPs can't be a regular business for Infrabel because they consume a lot of time and resources. PPPs have limits and they are complicated politically because they affect governments 10 to 30 years into the future."

Smeets stresses the current policy on PPPs could be reviewed in the future, and is very much at the discretion of the country's political leaders, but for the time being at least it seems the Belgian government favours direct public funding for major railway investment projects.

Belgium's railways are set for significant change over the next 10 years, with the reorganisation of SNCB and Infrabel, an increasing number of open-access operators using the network, and investment in modern signalling and train control systems driving improvements in safety, punctuality, and efficiency. With continued growth in passenger and freight volumes, there will also be pressure to provide additional capacity, particularly on the north-south line through Brussels city centre and on the key freight routes to the ports of Zeebrugge and Antwerp. An efficient structure and political stability will be vital if Infrabel and SNCB are to meet the growth challenge.