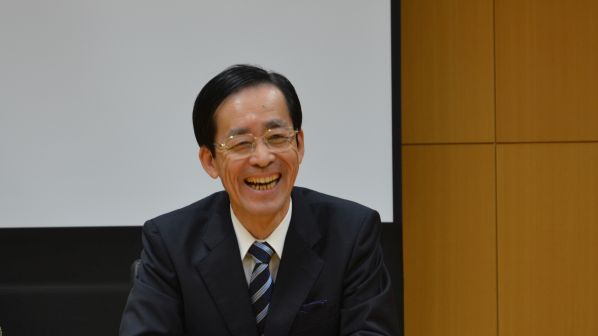 JAPAN’s Railway Technical Research Institute (RTRI) is set to launch a new five-year master plan in 2020. The institute hosted October’s World Congress on Railway Research (WCRR) in Tokyo and president, Dr Norimichi Kumagai, says topics under discussion at the event will influence the direction of Research 2025 as it is developed and deployed in April.

Speaking to IRJ at the conclusion of WCRR, Kumagai says the vision of RTRI, and the biggest objective for the organisation, is to develop a railway network that enriches society and delivers a happier population through innovations in mobility. Achieving this objective is not simply about changing technology but producing innovation in society.

The strategy will emphasise developments in the following areas:

“Our institute has not only enhanced the hardware of the railway but also the software,” Kumagai says. “We are similarly focused on inspiring the motivation of researchers and preparing a comfortable work environment for innovative research and development.”

About 400 researchers of 531 total employees are engaged in more than 300 research projects that take place every year at RTRI, with around 150 of these relating to safety across all aspects of the railway; from high-speed and mass transport to infrastructure resilience and human resources. Work is divided between practical technology which helps to solve the issues of the day and fundamental research, looking at and presenting solutions to major phenomena such as the wheel-rail interface, EMC interference, aerodynamics, noise reduction, pantograph performance and wear.

“We must make a tough railway that is resilient to natural disasters,”

Kumagai says a critical mission of RTRI’s work is improving the resilience of the Japanese railway network to natural disasters. Situated at the confluence of four tectonic plates, earthquakes are common in Japan, with the country suffering around 1500 events per year.

Of course, the severity of these events varies vastly, from a minor tremor to the disastrous consequences of the Tohoku earthquake and tsunami in 2011. Research intensified following the 2011 earthquake with studies focusing on improving the capability of Shinkansen rolling stock to remain on the track during an earthquake and enhancing the immediacy and reliability of earthquake early warning systems to help operators optimise their response.

As autumn 2019 showed, Japan is also at the mercy of tropical typhoons. This year was particularly bad with rail services severely affected. And with climate change set to make such extreme weather the norm, Kumagai says the railway needs to respond.

“We must make a tough railway that is resilient to natural disasters,” Kumagai says. “We also need a more sustainable railway.”

Other areas of research relate to maintaining the performance of the Shinkansen high-speed network. There is an emphasis on reducing noise emissions with the maximum 75dB permitted in Japan. Mitigating the impact of snow in the north of the country following the addition of the Hokuriku Shinkansen in 2015 is also a focus of current research to maintain high levels of punctuality.

While RTRI has an impressive track record of delivering relevant research and new innovations to the Japanese rail sector, as a research institute, RTRI does not operate its own railway. This can hold the institution back from acquiring firsthand knowledge of operational issues as well as acquiring and accumulating maintenance data and conducting tests on tracks used for commercial services.

“It is quite important to make connections with railway companies which are operating railway networks,” Kumagai says. “Human resources are also a challenge. Our newest researcher must have experience in the actual railway, which is important and useful in our future activities.”

To overcome this challenge, after five years of working at RTRI, 30 freshmen engineers are distributed to the seven main Japanese railways but primarily, JR East, JR Central and JR West. Kumagai says this provides the engineers with invaluable practical experience of the working railway and its everyday challenges.

Technological change is also presenting challenges to RTRI, particularly the advance of digitalisation, and this is the major change in focus for Research 2025 compared with the previous plan.

“It is crucial that we gain and understand how new methodologies will work in the railway field,” Kumagai says. “For example, we must acquire knowledge of how imaging technologies using sophisticated cameras, deep learning processes and Artificial Intelligence can support railway operation and benefit management. We are also exchanging knowledge on high-performance computing, 4k cameras, and 5G networks.

“The Japanese workforce is ageing, and the number of young people is decreasing, making it difficult to maintain the number of workers needed to run the railway, particularly drivers and maintenance staff. We need to achieve higher work efficiency through digitalisation in order to manage this change effectively.”

To support this work, Kumagai says RTRI is continuing to invest in its equipment and testing capabilities. For example, a new wheelset testing facility is under construction with the objective of developing new lightweight wheelsets for the next generation of Japanese high-speed trains. New testing equipment is also set to support dynamic and electrical tests of pantographs and catenary for trains travelling up to 500km/h. Similarly, RTRI’s new moving train model rig can test the aerodynamic performance of rolling stock travelling at up to 400km/h.

RTRI’s work with Japanese railways will increasingly take an international slant as these companies expand into international markets such as India, Indonesia and Southeast Asia. This will require technologies that keep pace with other developments from around the world.

“Japan’s railway has a style and special characteristic fitting with the country’s geography and customer needs, which are not necessarily common with European railways,”

However, he feels the work underway here will not have a major immediate impact in Japan. “Japan’s railway has a style and special characteristic fitting with the country’s geography and customer needs, which are not necessarily common with European railways,” Kumagai says. “Even if the Shift2Rail companies want to connect with us and our railways, they must think about our special situation; it may need a level of mutual understanding to connect with our railway.”

Looking ahead, Kumagai says he expects research to increasingly focus on superconducting technology and innovations.

JR Central is targeting the start of operation on the Shinagawa - Nagoya section of the Chuo maglev project in 2027. JR Central is responsible for much of the research and development work taking place in Japan in relation to its project. However, there are around 20 RTRI staff dedicated to superconducting technology, including maglev research at RTRI.

Their work focuses on next generation innovations, including dealing with higher temperature superconducting materials and how to apply superconducting technology to the conventional railway, emphasising the importance of RTRI’s role in improving not just the Japanese railway of today but tomorrow as well.

“We believe maglev technology and research will become the major topic for us in the next 30 years,” Kumagai says.