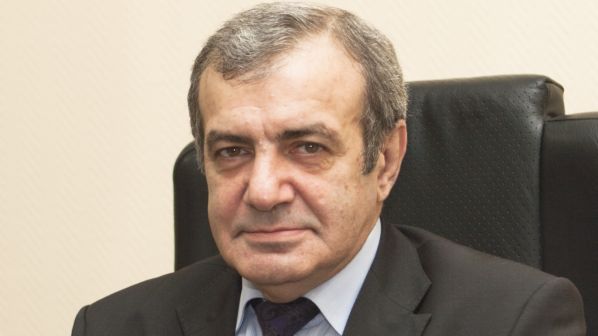 Russia has finally moved from years of discussion regarding its rail transit potential into execution mode. Yuri Saakyan

RUSSIAN president Vladimir Putin’s executive order on Russia’s national long-term development objectives up to 2024 published in May puts transport infrastructure development among the key priorities to spur economic growth. This is not just a vague idea, as growing Russian exports and rising transit traffic urgently require an increase in capacity.

The pressure on the rail network reflects steady traffic growth over the last few years due to the favourable global market and the success of Russia’s manufacturing sector. Rail freight traffic on the Russian Railways’ (RZD) network increased by nearly 47 million tonnes during 2016 and 2017 compared with 2015. Moreover, the first half of this year witnessed a 10-year growth record with an additional 21.1 million tonnes compared with the first half of 2017. According to our estimates, total freight traffic could reach 1271-1287 million tonnes this year. Aggregate rail freight growth will climb from 4.7% to 8.3% over three years.

Rail transit traffic is also growing, having risen by 4.3% between 2015 and 2017 to reach 21.7 million tonnes, and it is expected to grow to 23 million tonnes by the end of the year. Container traffic in Russia - the mainstay of Asia - Europe transit freight - has grown strongly during the last five years at an average of 6.5% per annum, compared with a 5% growth rate for all modes of transport between Asia and Europe. In 2017, rail transit container traffic rose by 59.2% to 417,300 TEU.

A milestone in 2017 was the launch of container trains carrying timber goods from Belarus and Finland to China. Transit traffic’s share of the rail transport market in Russia is quite modest however, accounting for only 10% of overall rail freight.

The development of rail container transport plays an important role in Putin’s executive order with an almost fourfold increase in capacity, development of transport and logistics hubs, and upgrading of main lines linking Asia with Europe. According to industry experts, rail container traffic through Russia en route from Asia to Europe may exceed 1.5 million TEU by 2025, provided these plans are fulfilled.

Simultaneous development of transport and logistics technologies and the capture of new traffic flows gives added impetus to infrastructure development. Improving RZD’s in-house investment capacity became a priority when Mr Oleg Belozyorov was appointed RZD president in 2015. The strategy involves efficiency improvements, introduction of digital systems and better performance of rolling stock to enable RZD to use in-house resources rather than state funding which is irregular and dependent on the political environment.

These efforts have improved RZD’s key performance indicators during the last few years. For example, between 2015 and 2017 RZD’s expenses fell by more than €1.3bn, the average distance travelled by freight trains increased by 3.9% to 386.9km per day, and in the case of transit container trains, it is much higher at 1000km/day, while operating efficiency improved by 15%.

A long-term rolling stock procurement strategy has also been implemented, the main principle of which is to acquire “economically efficient” equipment produced mainly in Russia. The strategy allows manufacturers to plan investment in new technology and modernisation and implement IoT. For example, Transmashholding has invested €107m in a new freight locomotive production line with an output of 300 units per annum at its Bryansk Engineering Plant.

Locomotive maintenance is being outsourced by RZD to the manufacturers, which are currently maintaining more than 18,000 locomotives. At the same time, the locomotive maintenance sector is becoming a benchmark for RZD’s digitalisation initiative. For example, LocoTech is implementing the Smart Locomotive system, which will improve maintenance efficiency through online component failure prediction.

These changes have already had a positive effect on financial performance. For example, RZD’s net profit has increased more than 17-fold since 2015 to €2.11bn in 2017. With improved financial performance in late 2017 and early 2018, global rating agencies Standard & Poor’s, Moody’s and Fitch have upgraded RZD to investment grade ratings. This means that RZD now has much better fund raising opportunities. As a result, investment increased by 48.7% between 2015 and 2018 to €7.1bn per year, while the proportion of public funding share shrank from 37.4% to 19.2%.

Discussions started this year on the construction of a bridge to connect continental Russia and Sakhalin Island in the Far East. The project could potentially include a link from Sakhalin to Japan, a country with one of the largest freight flows from Asia to Europe, as revealed by Belozyorov during the St Petersburg International Economic Forum this summer.

The project would certainly change trading relations between Asia and Europe while making Russia more attractive as a transit country.
It also indicates that Russia has finally moved from years of discussion regarding its rail transit potential into execution mode.