2020 was a year of mixed fortunes for railways in East Africa as plans to construct new standard gauge railway (SGR) lines in Kenya and Uganda stalled, forcing railways to divert more of their resources to refurbishing sections of their metre-gauge railways (MGR). 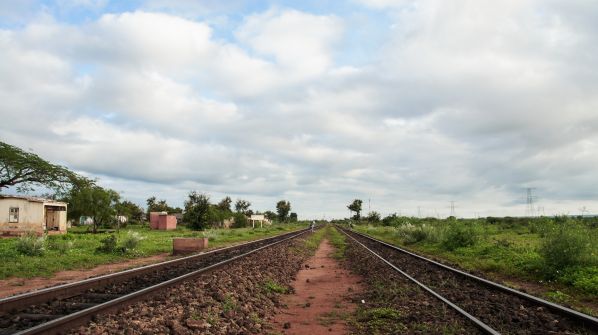 FOR Kenya Railways Corporation (KRC), which operates a 2778km MGR network, and Uganda Railways Corporation (URC) which has 1250km, investing in rehabilitation schemes in 2020 was a stop-gap measure as both the Kenyan and Ugandan governments unsuccessfully sought additional funding to complete the ambitious 1243km SGR project to link Mombasa with Kampala.

TRC is also implementing the World Bank-financed Tanzania Intermodal and Railway Development Project which includes rehabilitation of the 970km MGR line between Dar es Salaam and Isaka. Work involves relaying 308km of rails and rehabilitating 144 weak bridges with an axleload of less than 15 tonnes. TRC is also rehabilitating the 86km Moshi - Arusha MGR line with a view to completing the work this year.

However, Kenya failed last year to obtain funding for the remaining two phases of the SGR network: the 262km phase 2B between Naivasha and Kisumu and the 107km phase 2C linking Kisumu and Malaba on the Kenya-Uganda border.

Instead, KRC is rehabilitating sections of the MGR network in western Kenya. KCR plans to complete the work on the 78km Gilgil - Nyahururu, Longonot - Malaba, Nakuru - Kisumu, and Thika - Nanyuki lines in 2021.

KRC intends to link the rehabilitated MGR lines with the SGR to achieve a seamless connection between western Kenya and Mombasa. This includes upgrading Longonot station to serve as an interchange point between the two networks in preparation for the completion of a 24.3km link between Naivasha inland container depot on the SGR and Longonot.

Performance of the Kenyan SGR, however, has been mired in policy confusion and conflicting directives from government, courts and the Kenyan Parliament.

To generate adequate revenue to repay Chinese loans used to construct the SGR, Kenya’s Ministry of Transport made it mandatory in 2019 for all container freight to be transported by rail from Mombasa to the 180,000-TEU Embakasi inland container terminal in Nairobi.

However, this ruling was overturned in November 2020.

In Uganda, where construction of the 273km Malaba - Kampala SGR line has been delayed due to a lack of funding, the government has focused on rehabilitating part of its MGR network. URC, with $US 25m from the European Union, is rehabilitating the 378km Tororo - Gulu MGR line, which has been out of service since 1993. Gulu could then become a railhead for freight moving from South Sudan and the Democratic Republic of Congo to Mombasa

In June 2020, the Ugandan government approved $US 376m to refurbish the 215km Malaba - Kampala MGR line, although work has yet to start, and a further $US 12m to purchase locomotives. An additional $US 2.5m was approved for repairs to the MGR network.

In Rwanda, progress is expected this year with a feasibility study for a new line from Kigali northwest to Rubavu and detailed design of the Rwandan section of the Isaka - Kigali - Keza - Musongati SGR line.

Finally, the South Sudan government is expected to announce in 2021 the next phase of a project to build an SGR line from Juba south to Nimule on the Uganda border.

The government is reported to have finalised preliminary engineering design and signed an engineering procurement and construction contract for the project.