Swiss train door safety under the spotlight after traincrew fatality

The death of a conductor crushed in a closing train door has brought the issue of rolling stock safety under intense scrutiny in Switzerland in recent weeks. Anitra Green looks at the response to the incident and the long-term implications. 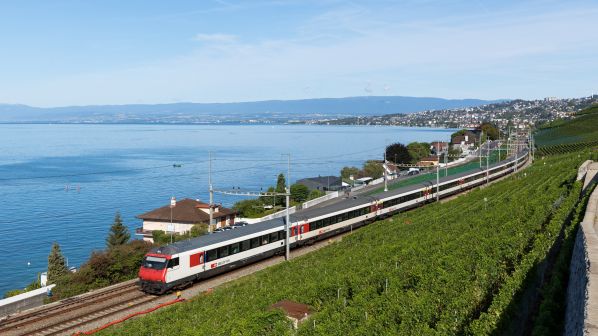 IT must be every traincrew’s worst nightmare: getting caught in a closing door on a departing train. This is exactly what happened on August 4, when a conductor on a Swiss Federal Railways (SBB) inter-regional service leaving Baden lost his life as the result of a defective crush protection mechanism.

Normally SBB carries out passenger train door inspections every seven to 10 days, but in the wake of this accident the company set up a task force to take emergency action with the aim of ensuring the tragedy is never repeated.

The incident involved one of SBB’s EW IV coaches, which were originally built between 1981 and 1992.

All the doors on the EW IV fleet were subjected to a special detailed inspection. SBB said on August 29 that it had inspected 1832 doors on 458 EW IV coaches and found 572 defects. Most of these were not safety critical, but SBB identified defects in the anti-trap protection system on 69 doors and the system was not working at all on seven doors. SBB says all safety-critical defects were rectified immediately, or the doors were locked out-of-use.

In line with the recommendations of the Federal Office of Transport (FOT), SBB is now commissioning an audit of the entire coach maintenance organisation and process with a view to producing specifications and a timeframe for the implementation of any changes by the end of October.

“There is a total of 17 different door systems in use on the highly diverse fleet of coaches that SBB operates, and all have different inspection intervals.”

The taskforce has also carried out a risk assessment of door systems across the remainder of the passenger fleet. In addition to the vehicles inspected by SBB, 90 IC-Bt4 driving cars and 232 EuroCity coaches are fitted with door systems that are similar (albeit more modern) to those on the EW IV fleet. For this reason, SBB plans to extend the special inspection programme to include these vehicles. The remainder of the coach fleet is equipped with more modern door systems with additional safety features.

The EW IV episode highlights the challenges of maintaining a fleet with a wide range of ages and configurations. To illustrate how complicated the situation is, SBB CEO, Mr Andreas Meyer, pointed out at a recent press conference that there is a total of 17 different door systems in use on the highly diverse fleet of coaches that SBB operates, and all have different inspection intervals.

While the immediate problem has been dealt with, SBB begins the much longer process of rebuilding trust. According to the Swiss press, there have been numerous cases of faults with the anti-trap system on the EW IVs over the years.

SBB says it is now reviewing the inspection regime and control procedures for the EW IV fleet. However, any changes will take time to implement and SBB will have to consult with all affected personnel groups - conductors, train drivers and rolling stock technicians - who must be involved in the process.

The FOT has already made several stipulations, based on a special report into the case from the safety inspection body SUST. This recommends that the warning light should only go out when the door is completely shut and that the pneumatic door actuation system is replaced by something more reliable. Implementing the latter measure across the entire EW IV fleet would take four years to complete.

According to SBB’s latest assessments, it will not be necessary to take the entire EW IV fleet out of operation and it is satisfied that the current additional safety measures are enough to protect both staff and passengers.

SBB acknowledges that in very rare cases doors have opened very slightly due to the variation between internal and external air pressure. This phenomenon occurs around 10 times a year, out of around 200 million door opening and closing cycles across the EW IV fleet.

In July SBB began rolling out a solution to this problem as part of a project to protect the EW IV fleet against corrosion. On modified vehicles an additional switch monitors the door status and the driver cannot start the train if the door has not properly closed.

The tragedy at Baden shocked the Swiss railway community and the rapid response by both SBB and the authorities reflects the seriousness of the incident. Time will tell whether the measures introduced in the wake of this tragic accident succeed in closing the EW IV door safety loophole.