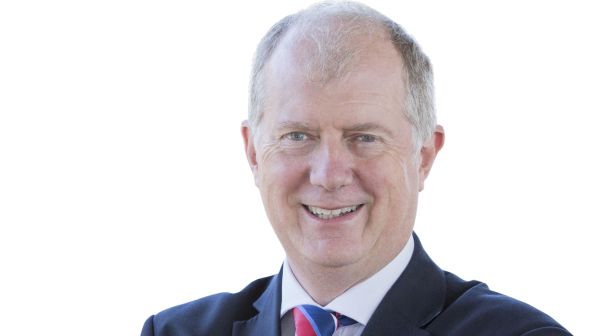 THE transport networks around Sydney, Australia’s largest city, underwent a major shake-up in December last year when the Roads and Maritime Services (RMS) department was rolled up and its functions transferred to an expanded and fully integrated Transport for NSW (TfNSW).

The New South Wales minister for transport and roads, Mr Andrew Constance, says the move marks a historic shift for all transport in the state.

“With a single transport agency, we will no longer have roads being built in one corner of the state and transport delivered in another, without people talking to each other,” Constance says. “With $A 55.6bn ($US 38.3bn) being invested in transport and road infrastructure in the state over the next four years, an integrated transport agency that meets the needs of the community is vital.”

“Starting in February 2020, my new portfolio will have a much broader range of responsibilities, Sydney Trains will be part of the portfolio along with metro, maritime services, roads, buses, ferries and light rail.”

Collins told IRJ that the aim of the new strategy is to ensure greater coordination and get the best outcomes for all customers across all modes of transport.

“Starting in February 2020, my new portfolio will have a much broader range of responsibilities,” Collins says. “Sydney Trains will be part of the portfolio along with metro, maritime services, roads, buses, ferries and light rail.

“In simple terms, it will mean embracing all the opportunities available to ensure that when you leave your house in the morning, and you’re heading out on a journey, that we manage the collective modes to operate in a much more integrated fashion. We will be endeavouring to ease that journey and make sure the right investment decisions are made to that end.

“An important factor will be improving communication between the Transport Management Centre (which controls road movements around NSW), our brand-new rail operations centre (ROC), and the other control centres across the cluster - there’s even a security control centre on Sydney Harbour Bridge. How do we bring all these parts together, virtually if not physically, to ensure that we get the best communication between people and to our customers?”

Collins says that while Sydney Trains and the modes have done a “fantastic” job in improving customer service, there are still gaps in the level of service provided where these modes meet.

“There’s what I call a physical ‘tide mark’ between our sparkling train station and the tumbleweed and rubbish in the car park because responsibility has fallen between the council, the bus operators, and others,” he says.

“When you go to New York or Paris, there’s much more connectivity between operations and the transport modes.”

“Everyone using public transport is using more than one mode on their journeys, whether that’s walking or getting a bus and then the train, light rail or the metro. We need to focus more on the place, as well as the linear experience.

“Quite a few cities already do that. When you go to New York or Paris, there’s much more connectivity between operations and the transport modes. Here, until 2013, they were completely separate entities, with rail, bus operators, and the department for transport. This new strategy is about bringing them together, while still respecting the various agencies’ identities.”

Collins is keen to emphasise that this is not a move to brand everything as one amorphous department. Individual agencies will still operate individually and feel they are a business that is important. Instead, the change is focused on coordination and communication between these agencies.

Sydney Trains forms a major part of Sydney’s overall transport infrastructure with an annual patronage of 377.1 million, including 58% of passengers using the rail network to commute. The operator runs 3200 timetabled services every weekday and employs more than 10,500 staff, making it the single largest public transport undertaking in Australia.

Collins says one aspect of his new role will be making sure that Sydney Trains is connected with the other operators, modes and communication functions to maximise its potential.

“One of the things Greater Sydney creates is the opportunity to bring all the planning into one place,” he says.

Sydney is basically formed by three smaller metropolitan areas, Collins says, with the CBD ‘Eastern City,’ the traditional centre around the harbour, and Parramatta ‘River City’ out to the west. These will be joined in the next few years by the expanding Western Parklands, a major new developing area that includes Badgerys Creek, Sydney’s second airport. Greater Sydney is looking to integrate these areas together.

“As with any network, the customer should be at the centre of it all, and at the end of the day we have to maintain this at the forefront of our planning,” he says. “We can’t treat our customers as train numbers on a diagram with no thought for their real life experience.

“This is why the social media team sits right next to the duty control manager at the ROC, because we want to ensure that as soon as the customer starts to give us feedback about what’s going on out there, or as soon as we have information, we can connect with them and provide accurate information.”

“We are actually pioneering some great apps for our customers and we’re continuing to push technology.”

Collins says it is important to be upfront and honest with customers, providing information they need. For example, in the event of a broken rail, passengers on social media should be shown a photograph of teams trying to fix the issue instead of the incident being passed off with generic language such as signal failure or another technical issue.

“We are actually pioneering some great apps for our customers and we’re continuing to push technology,” Collins says. “There’s a lot more we can do, whether it’s stations without gates that instead use some form of recognition that lets you in and out, a Netflix-style subscription service, or changing the way we deliver information to our customers. People are experiencing major technological changes in many other aspects of their everyday lives and we’ve got to keep up.”

A challenge with Sydney is that the geographic rail network coverage isn’t as significant as in other global cities. This is partially due to the shape of the harbour and historical factors, with public transport to the northwest or southwest of Sydney ignored until recently. It has relied on a legacy system that really has not been updated with the times.

“Shanghai built 10 metro lines in 10 years, and we’ve built one in 60!” says Collins. “We don’t have enough capacity or infrastructure: that’s why we’re building metros, and that’s why we’re trying to increase capacity by running more trains and more services. The two complement each other, metro and heavy rail.”

With Sydney Trains’ ridership growing at 5% to 6% per annum, Collins sees the immediate challenge is getting everyone to their destination as the network gets even busier. In certain areas at peak times, platforms are staffed with up to eight people to help speed up the movement of passengers on and off the trains - “a formula one style approach,” as Collins calls it.

“I would say we’re heading towards being the scale and size of London or New York, with Greater Sydney’s population set to grow from around five million to eight million.”

“We’ve got to continue to do that, but one of my jobs is to keep front and centre of all the decisions made on capital investment across the public transport spectrum,” he says. “We need to make sure that we don’t let up and continue investment. We have a great deal of catching up to do.

“At the end of the day this is all about our people, and the thing I’m really most proud of in recent years is how our people have adapted to change, how they’ve managed the massive growth in patronage, and how small, heroic gestures every day keep this place going.

“Despite our customers always letting me know how they feel about things when they go wrong, I’m pretty proud of the fact that I get more feedback than ever before now that Sydney Trains is cleaner, smarter, and more reliable than it has been. It’s my view that, while there is more to do, we’re making progress.

“I would say we’re heading towards being the scale and size of London or New York, with Greater Sydney’s population set to grow from around five million to eight million.

“Sydney is a fantastic city, with a great outdoor lifestyle. But we cannot for a second stop focusing on creating greater capacity for its transport networks, improving reliability, and thinking of how we can provide better services for its people. If we stop for a moment, we’ll be overwhelmed by the growing number of people who want to use our services, whether or not they have a choice to use public transport.”