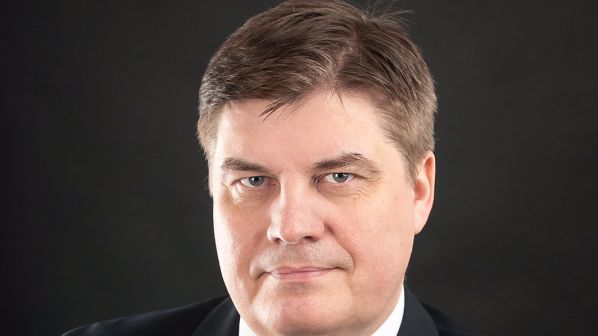 2018 has been a busy year for Škoda Transportation. The Czech company, which dates back to 1859 and began producing rail vehicles after World War 1, was taken over by investment company PPF in April, and has since finalised a number of large orders across Europe.

On June 20 2018, Škoda announced that it had won a contract to supply 80 low-floor LRVs to Rhine Neckar Transport (RNV) for use on tram lines in and around Mannheim, Ludwigshafen and Heidelberg. The contract includes an option for 34 additional vehicles with a base order valued at around €250m, making it Škoda’s largest-ever international LRV order.

This was followed in September 2018 by a Koruna 1.9bn ($US 82.5m) order from the board of Ostrava Public Transport (DPO) for 40 low-floor trams. Five suppliers submitted offers for the contract, but Škoda was reportedly the only bidder to meet all requirements of the tender. The Czech company also offered the lowest-priced bid.

PPF’s purchase of Škoda announced in November 2017 for an estimated Koruna 10bn ended months of speculation surrounding the future of the manufacturer.

PPF is owned by Mr Peter Kellner, the Czech Republic’s wealthiest person who was worth an estimated $US 15.5bn in 2018. The takeover included all of Škoda’s assets, including property used for operation and manufacturing under the Škoda trademark.

“Since the end of April 2018, when the acquisition of Škoda Transportation by PPF Group was finalised, our company has been entering a new era of favourable conditions in every aspect,” says Škoda CEO and chairman, Mr Petr Brzezina, who was appointed following the acquisition. “The level of production revenue for 2018 and partly 2019 reflects the orders contracted two years ago. In recent months, Škoda Transportation has signed several important contracts worth more than e500m which demonstrates the focus on our future growth.”

Before his appointment with Škoda, Brzezina worked with ABB, General Electric and Alstom, where he was president for the Czech Republic and Slovakia area focusing on transport and energy between 2008 and 2015.

“The effect of PPF Group on Škoda Transportation is very positive, because PPF is a global investment group, one of the largest investors in Central and Eastern Europe,” he says. “They continually support and develop their strategic assets over an extended period. Their investment in Škoda Transportation is a strategic investment for them, because they have already announced their vision to actively participate in the ongoing consolidation trend in the rolling stock industry.” 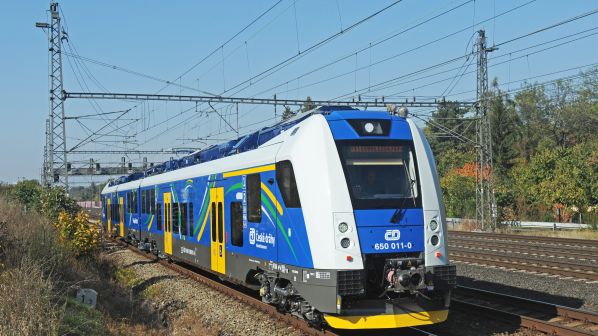 In line with the long-term objective of cementing its position in the Western European rail market, Škoda became the sole shareholder in Transtech Finland in May 2018 when it purchased the remaining 25% stake. This followed the purchase of a majority share of the company in 2015, and the company was subsequently renamed Škoda Transtech.

“The acquisition enabled Škoda Transportation to expand its product portfolio with Artic trams, double-deck driving trailers, 1524mm-gauge trains and, last but not least, it helped us enter the Nordic market where we are the only rolling stock manufacturer,” Brzezina says. “Škoda Transtech is an important reinforcement for our group in the effort to penetrate Western European markets. In addition, thanks to Škoda Transtech we were able to sign important long-term contracts like the contract for double-deck rolling stock up to 200km/h for VR Group, and Artic trams for Helsinki and Tampere.”

Škoda has also been pushing further afield, and in September introduced a new fleet of 14 battery-powered 28T ForCity LRVs to Eskisehir, in northwest Turkey, as part of a contract which it won over local manufacturer Bozankaya. This followed the introduction of a Škoda-built fleet in the Turkish city of Konya in 2015.

The LRVs are fitted with Škoda’s Catfree catenary propulsion technology, which uses high-performance nano-lithium-titanium batteries that are mounted on the roof of the vehicle and provide around 3km of catenary-free operation.

Despite entering 2019 on the back of this positive period, the year ahead is not without its challenges. Brzezina says the proposed merger between Siemens and Alstom, which is expected to be finalised in the first half of the year subject to regulatory approval, will change the global market dynamics.

“The Siemens-Alstom consolidation sends a strong signal not only in terms of the size of the combined operations, but also in terms of the geographic footprint of their activities,” Brzezina says. “The merged group’s market share will be three times bigger than its nearest competitor in signalling and rolling stock. The Chinese will continue their export expansion. We must react to this development and find our place in this market. We believe we have good things to offer and our experience, technical knowledge, flexibility and good value for money will be the key building blocks of our future strategy.”

Brzezina points to digitalisation as one of several key factors that are shaping the future of the rail industry, along with liberalisation, private financing and urban growth. The ability to deliver real-time analysis and monitoring, identify problems before they can cause delays, facilitate automated and preventive maintenance, and ensure that dispatchers have an accurate overview of the train’s location are all areas the company is looking to further develop in 2019.

“We are finalising our long-term strategy, and 2019 will be an important year for its implementation,” Brzezina says.