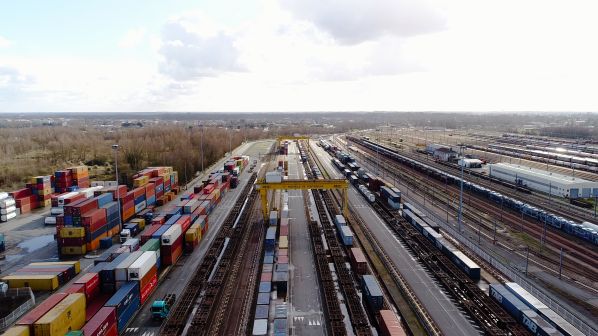 Traxens is using technology developed for the shipping industry to convert standard wagons into smart wagons.

OPENING a digital platform to see in real-time where every wagon is around the world, what parameters are affecting operation and when it will arrive at its destination may seem like a dream for fleet managers and freight shippers. However, Traxens is looking to make this a reality using technology developed for the shipping industry to convert standard wagons into smart wagons.

Traxens was launched in Marseille, France, in 2012, with a goal of making the maritime transport industry more resilient, cost efficient and sustainable through the use of smart assets. Standard and reefer containers were equipped with technology to connect with the Internet of Things (IoT), opening up opportunities to monitor and track a range of parameters and conditions.

These parameters include geolocation. Using the Global Navigation Satellite System (GNSS) interface, Traxens’ system can provide high-precision geolocation anywhere in the world, while also automatically detecting the mode of transport in use, calculate mileage and computing CO2 usage. The system can track geofencing and predicted transit time, allowing operators and freight owners to create alerts when the containers reach predetermined zones of interest (ZOIs).

“We are having very interesting discussions with customs authorities and trying to push new kinds of standards in the way we control the transport of freight thanks to new data generated by smart containers.”

Among the other features is the ability to detect the size and severity of shocks with a g-force of up to 200G as well as changes in temperature and humidity, sending alerts when certain ranges are breached. Door openings can be monitored and controlled, allowing operators and shippers to react to unauthorised entry.

“It’s very important to secure the container, and with a smart container you can control the door openings which means being able to react in real-time,” explains Traxens head of strategy, Mr Sylvain Prevot. “But it’s also an ability to really have a fully secure process, and we are having very interesting discussions with customs authorities and trying to push new kinds of standards in the way we control the transport of freight thanks to new data generated by smart containers.”

The device transmits the information via the GSM network to Traxens’ servers, where it is collected and enriched before being provided to the customer through an online portal. “Global GSM is still a very big way of connecting the data, because it is everywhere in the world, but we are also looking at specific innovations for new kinds of connectivity that are more efficient than GSM for connected assets,” Prevot says. Traxens has also developed an API that allows developers to incorporate the data into any other application, making it more readily available for customers.

While Traxens’ technology is unique, Prevot says the company’s biggest point of difference is its business plan. Instead of acting as a supplier, Traxens looks to develop partnerships with stakeholders who benefit from the value created by the data.

“We are not just a company providing technology,” Prevot explains. “We have a specific business model where Traxens is ready to take some part of the risk in the valuation of the data. When you’re a shipping line, it’s a lot of investment to equip all your containers with electronics and try to resell it to your customers. Because we have a lot of knowledge of the data itself we have a deal with the shipping line, and the same in the other markets, where Traxens and the shipping line enter into a partnership and as part of this partnership we support the shipping line in the validation, valuation and modernisation of this data.”

There are two main types of value that are created by using smart assets, Prevot says.

The first is through fleet management, as the data allows a fleet owner to see where the assets are in real-time, how long they have been in use or sitting idle and where they could best be used next. This also benefits repair and maintenance, as the monitoring of fleets and assets improves maintenance schedules and assists with predictive and preventive maintenance, reducing costs and downtime.

Door-to-door monitoring also creates value for freight owners, who are able to follow and create efficiencies in the way freight is transported. “When we talk about this door-to-door monitoring, it’s all about creating efficiency by creating visibility for all the different stakeholders involved in the transport of the asset and the freight,” Prevot says. “The ultimate goal is to be able to reduce the transit time.”

While these technologies were initially developed for the maritime freight industry, Prevot says there has always been the idea to move into the rail market.

This opportunity came when Traxens was selected by SNCF Logistics in March 2017 to develop the “digital freight train.”

“It’s the exact same way of approaching the business model in the rail business and the shipping business - the data is valuable to all kinds of stakeholders.”

“What is interesting is we use the exact same technology, it’s the exact same way of approaching the business model in the rail business and the shipping business - the data is valuable to all kinds of stakeholders,” Prevot says. “So this ability to generate data, to collect data, to enrich data and share the right data to the right stakeholders - those are exactly the same objectives.”

The service can also offer a number of optional benefits, depending on the additional equipment installed on the wagons, including:

Other sensors can monitor transport conditions for sensitive freight, such as the pressure and humidity inside tank wagons, while a digital assistant can be installed to remotely open and close dry bulk hoppers, optimising loading and unloading operations.

The box enabling this technology can be installed in 15 minutes, with one placed on each wagon. These are connected wirelessly with each other and with the sensors placed on the wagons. Information is transmitted to the server by the box with the highest energy reserves and the best connection to the communication network, saving energy and ensuring a strong continuous link.

Prevot says one of the biggest advantages of monitoring the wagons remotely is the ability to conduct brake tests automatically from the cab. The test usually takes two staff members up to an hour to conduct, but the Traxens system allows the driver to simply push a button, shortening the process to as little as 15 minutes.

Traxens further expanded into the rail market in May 2019, partnering with freight operator CFL Multimodal to install the technology on wagons operating around Europe and through to China. The goal was to streamline train preparation through automation, including digital brake testing.

The partnership came about after Traxens and CFL launched a pilot project at the end of 2018 to fit the Traxens Box on flat wagons travelling between European destinations. This was followed by a second test on wagons delivering freight to more distant European destinations. In April 2019, Traxens’ rail freight telematics technology was successfully tested on wagons travelling to China.

From its beginnings as a start-up, Traxens has since grown substantially through large funding rounds and investment from other major players in the transport industry - shipping line Maersk joined CMA CGM and MSC Mediterranean Shipping Company as a shareholder and customer of Traxens in May 2019.

Two months later, Traxens closed a series C funding round worth close to €20m, led by Itochu Corporation, Bpifrance and Supernova Invest. This financing will be used to launch a global large-scale sea-land fleet of IoT tracking systems on vessels operated by companies including CMA CGM and MSC. Traxens expects to have 100,000 containers equipped with its technology by end of 2020, with this set to increase further after Maersk placed an initial order for up to 50,000 containers. The company has so far equipped 30,000 containers and 6000 wagons.

Having cemented its place in Europe, Traxens is now looking to expand into the Asian market, partnering with its investor Itochu in Japan and opening an office Shenzhen, China, in January, its first office outside France.

“The last fund-raising round was an opportunity to raise cash, but it was also an opportunity to bring into our company some specific partners who can help us develop in Asia,” Prevot says. “China is a region by itself, and we want Traxens to be one of the leading IoT players in China.”

The trick will be whether Traxens can continue this growth and replicate its success in Europe to cement itself in the highly-competitive Asian market.

“We really have a multimodal approach where we are targeting different markets, which are all very similar in the way that we will use the same kind of technology and the same kind of business model,” Prevot says. “I think it will create a lot of synergies.”