BOMBARDIER Traxx four-system electric locomotives equipped with ETCS Level 2 onboard signaling equipment have been banned from operating between Germany and the Netherlands because the German Federal Railway Authority (EBA) and the railway department of the Dutch Environmental and Transport Inspectorate (ILT) have failed to synchronise their authorisation procedures. 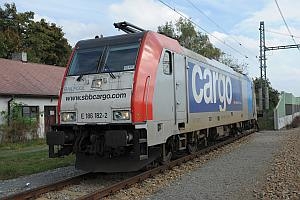 Photo Credit: Photo: Quintus Vosman
Currently 60 Traxx electric locomotives are approved for operations between Germany and the Netherlands, including access to the freight-only Betuweroute, which requires ETCS.
The ILT says it is not satisfied with the level of performance of the present version of the ETCS software, and wants the locomotives to be upgraded to the latest 2.3.0d version. For the last year, the present Traxx software (version SW6) has been authorised only under a temporary ‘declaration of no objection', which has already been extended several times. The ILT says it is not willing to allow a further extension and SW6 was banned from March 31.
Meanwhile Bombardier has developed a new software version (SW7), which is compliant with the new ETCS 2.3.0d baseline. Implementing the new version ensures the locomotives meet the ILT's requirements and allow operation across the Dutch railway network, including the Betuweroute freight-only line and Rotterdam port line, with full ETCS Level 1 and Level 2 coverage.
However, the EBA has not approved SW7 for use in Germany, and wants the new software to include additional features such as control of the brakes and checks on cracks. This effectively prohibits cross-border operation between the two countries.
In a recent crisis meeting between the Dutch Ministry of Transport, locomotive leasing companies and operators, a compromise was reached which will allow Traxx locomotives equipped with the new software to operate as far as Emmerich on the German side of the border. This is based on an interim authorisation by the EBA, which does not see any particular risk in the locomotives operating on the short section from the Dutch border. This will allow operators to continue using Traxx locomotives on the Betuweroute with a locomotive change at Emmerich.
Categories: Europe, Fleet, Freight, Infrastructure, Locomotives, Signalling
Tags: Bombardier, ETCS, Germany, Netherlands, Regulator