Construction is expected to start this month on a public-private project to build a 1500km railway aimed primarily at tourists visiting Mexico’s popular Yucatan Peninsula. Michael Renouf describes the project and some of the challenges it faces. 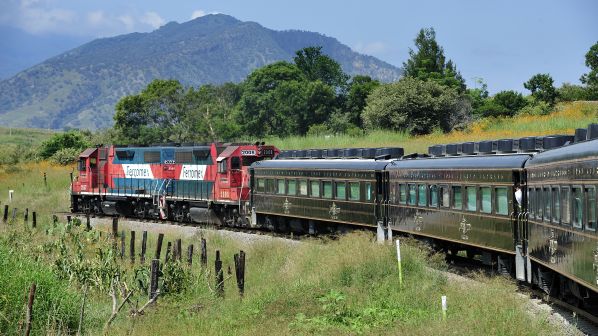 AT last it is coming: the Maya Train project to build a passenger railway to transport tourists around Mexico’s Yucatan Peninsula, which has been discussed since 2012, has appeared over the horizon and is about to pull into the station.

Mexico’s president-elect, Mr Andres Manuel Lopez Obrador, made the building of the Trans-Peninsula Tourist Train (TPT) line one of his core campaign promises and with Amlo, as he is known in Mexico, set to take office on December 1, and the first works on the project due to begin on December 16 with a ceremony in Palenque, Chiapas, it is on the verge of becoming reality.

This is the second attempt to build a new railway in the area. The Mexican government granted funding in 2012 for studies for a 278km line serving the states of Yucatan and Quintana Roo, but the project never got off the drawing board.

The TPT has grown from 12 stations to 17 and will now connect the five states of Campeche, Tabasco, Chiapas, Yucatan and Quintana Roo. The original length of the line was expected to be around 900km and has now increased to 1500km, in part thanks to the incorporation of an existing railway running from Palenque along the Gulf of Mexico to Valladolid. Although not currently used, the government has been able to add this line to the projected route with minimal consultation.

The new line will run from Izamal via the Mayan ruins at Chichén Itza and Valladolid to Cancun, and then along the Caribbean coast through Playa del Carmen and Bacalar, before turning inland to Escárcega to connect with the existing line. There will also be a branch line to serve another Mayan archaeological site at Calakmul.

The project is currently in the process of tendering regarding topography, geophysical, environmental, pre-feasibility and release-rights-of-way studies which will start to highlight the challenges ahead.

Alongside the budgetary issues are the additional difficulties of negotiating with indigenous communities and land owners as well as protected areas along the route. The National Institute of Anthropology and History will conduct a comprehensive study in order to identify and take the necessary measures to protect and preserve archaeological and historical heritage as well as identify areas within the peninsula that have a higher probability of containing as-yet undiscovered archaeological remains. The institute will only intervene to suggest a route adjustment if it discovers an important structure or buried city.

In addition, engineers will not have an easy task as the railway will have to traverse rivers, lakes, underground cenotes and harsh jungle terrain. The new government plans to give work visas to migrants in order to put adequate manpower behind the project.

There is currently 162km of existing track between Merida and Valladolid, but it only has 40kg/m rails. As the project specifies 57kg/m rail, the track on this section will have to be replaced.

Current proposals call for the railway to operate from 06.00 to 21.40, with trains initially running every 30 minutes. As demand increases, plans are in place to increase the frequency to a 20-minute-interval service.

The current plan is to use high-performance diesel-powered passenger trains with each DMU having at least 200 seats with a 0.42m2 allowance per passenger and an additional 1.5m2 in each car for wheelchair access.

The railway is targeting the tourism industry with the objective of enticing many of the visitors to the region, who currently stay on the coast in places such as Tulum and Playa del Carmen (two of the proposed stations), to experience other attractions in the region. It is also proposed to use the railway at night for freight which will include heavy fuel oil movements to a thermal power plant in Valladolid.

AMLO has stated that it will take “at most four years to complete” the project, which is down from the previous estimate of six years. While the predicted construction time has reduced, the forecast cost has risen considerably. Originally the budget was set at $US 3.4bn but now figures ranging from $US 6 to 8bn are being quoted.

The Mexican government will stump up Pesos 28bn ($US 1.4bn) over four years which will be collected through Mexico’s Tourist Tax (DNR). The remainder of the funding will come from the private sector, although the leftist president-elect has recently knocked investor confidence in Mexico by cancelling the construction of Mexico City’s New International Airport (NACIM) despite the project being 30% complete. However, this should not have come as too much of a surprise to people paying close attention as AMLO opposed this project throughout his election campaign. There has also been concern in Mexico that the new president will raise taxes to help finance the railway project, but he has emphatically denied this.

Mexico’s Grupo Vidanta, which specialises in hotels, resorts, tourism and property development, has already expressed an interest in the project. “The Maya Train is a great idea because in a decade of operation it will double the income of foreign currency to the country,” said Grupo Vidanta’s president, Mr Daniel Chavez Moran, recently. “We are interested in participating in the financing.”

However, the use of funds from the tourist tax has not received universal approval, with Mr Pablo Azcárraga, chairman of the National Tourist Business Council (CNET), strongly opposed to it. Azcárraga has stated that if the funding for the project comes from the Mexican Tourism Promotion Board (CPTM) it could result in certain death for the country’s tourism sector. Most of CPTM’s revenue comes from the DNR, a tariff that is charged to all foreign tourists flying into the country.

“If all the resources from the DNR are used for the Maya Train project we would have to cancel all advertising and promotion campaigns in the tourist sector for the next 25 years, which would mean certain death for tourism in Mexico,” Azcárraga says.

Mexico is now amongst the top 10 most-visited countries in the world. Cancún is home to the international airport that serves the region, and in 2017 added a desperately-needed fourth terminal to help cope with the 23 million annual passengers that move through the airport. The Maya Train and its investors will hope to turn many of these people into rail passengers.