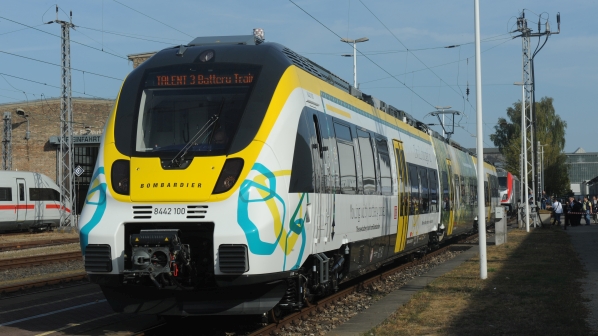 The depot will maintain the fleet of 52 new Bombardier Talent 2 EMUs Abellio has ordered for operation on Baden-Württemberg Network 1a (Neckar Network).

The depot is an integral part of Abellio’s operations on the Neckar Network, which will begin in June 2019, as the company needs the facility to be completed before services can begin. The workshop will employ about 50 staff.

The 8-hectare depot, which is close to Pforzheim main station, will have three tracks on which three trains can be maintained simultaneous with jacks to lift the trains, while one track is equipped for inspection.

Abellio intends to use the facility for the entirety of the regional contract, which expires in 2032.