Construction of the new line will take two years and cost up to $US 120m. 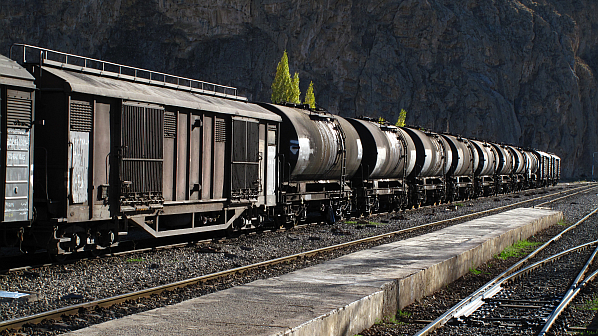 Trade will be boosted once the cross-border line between Iran and Iraq is finished.
Photo Credit: Shutterstock.

AN agreement has been signed to build a 32km rail link from Shalamcheh in Iran to Basra in Iraq. The estimated cost of the project is $US 100-120m with construction expected to take two years.

Mr Rostam Ghasemi, Iranian minister for roads and urban development, says the line is important for passenger transport and the relationship between the two countries. He says a connection to the Mediterranean Sea is another motivation for building the line, pointing out that the line between Iraq and Syria requires reconstruction having been damaged during the conflict.

Ghasemi also confirmed that no dates have yet been agreed for the start of construction although the project manager has been identified.

Each country will have a 50% share in the investment. Ghasemi says the private sector in Iran has already confirmed interest in investing in the project.

For data on rail projects in the middle east, subscribe to IRJ Pro.