THE Alaska-to-Alberta Railroad Development Corporation (A2A), which plans to construct a $C 13bn ($US 9.5bn) 2414km railway between Fairbanks, Alaska, and Fort McMurray, Alberta, has begun detailed surveying of the planned route through the Canadian province of Alberta. 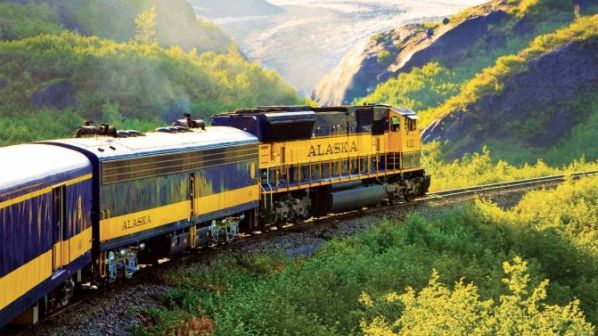 Ground crews will begin setting targets and benchmarks immediately for the aerial survey, which will go ahead pending the approval of flight plans by NAV Canada.

The work will be carried out by engineering firm HDR and will include field investigation and topographic modelling, with the process expected to be completed in three to six months. HDR will work with local contractors including geospatial analytics firm Quantum Spatial, and indigenous-owned surveying firm Lawson.

The proposed route will connect the Alaska Railroad (AR) via Yukon, British Columbia and Alberta, to the North American railway network, in accordance with a cooperation agreement made in 2019 between AR and A2A.

Under the terms, A2A and AR will cooperate in applying to the Alaska Department of Natural Resources for guaranteed right of way for a rail connection to Canada. The partners will also develop a joint operating plan to specify the track needed to connect Alaska to Canada, but also identify work needed to upgrade existing rail facilities, bridges and tracks on Alaska’s 824km main line.

The railway will improve freight connections between Alaskan ports such as Anchorage and Port MacKenzie with the rest of the continent and support the transport of commodities such as oil, grain, ore as well as intermodal freight. In addition, it is believed that the line could provide a significant economic stimulus to the region.

“The new line will create new economic development opportunities for a wide range of businesses, communities and Indigenous communities in Canada and Alaska,” says Mr Sean McCoshen, chairman of A2A. “We estimate that A2A could increase GDP by $C 60bn by 2040, and lift household incomes by an average of 40%.”

There have been several previous attempts to construct a railway between Alaska and Canada dating back to 1898. However, all attempts have failed and the Alaskan network remains isolated.

A2A is a private rail company founded by McCoshen in 2015. McCoshen is CEO of the McCoshen Group, which owns 11 companies in industries such as manufacturing and finance and has secured in excess of $US 1bn in transactions and has an asset base of $US 740m.