Approval given for next section of Korea’s Middle Inland Line

$US 987.3m Mungyeong - Gimcheon line is expected to act as an engine for regional growth. 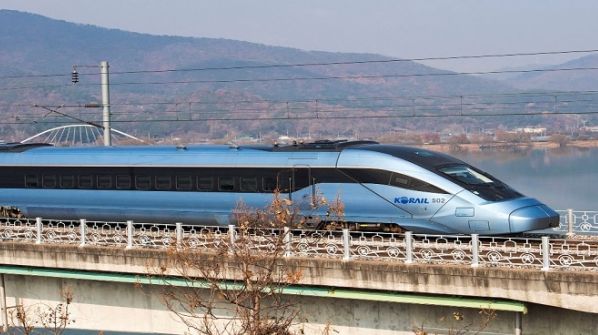 There are hopes that the Middle Inland Line medium high speed line will act as a regional engine for growth.

THE Korean government has given the green light for construction of the final Mungyeong - Gimcheon section of the Jungbunaeryuk or Middle Inland Line medium high-speed route.

The single-track Middle Inland Line is being built in stages as a 250km/h line between Seoul and Gimcheon on the Seoul - Busan high-speed line. As part of the project, an existing 21.3km line will be electrified and upgraded for faster passenger services, while other sections will run on a new alignment, including tunnels.

The Mungyeong - Sangju - Gimcheon section of the Middle Inland Line was selected as a preliminary project under the National Balanced Development Project in January 2019. Although it was expected that the project would not easily pass preliminary examination due to its low cost: benefit ratio, it has remained the largest pending project amongst the railway schemes promoted by North Gyeongsang province.

During the government examination process a strong case was made that the 54km section of the Middle Inland Line from Icheon to Chungju, which opened in December 2021, is only half a railway. A 39km extension from Chungju to Mungyeong is under construction and due for completion in December 2023, but it was argued that extending the route further to Sangju and Gimcheon would provide economic benefits and act as a growth engine for the region.

The governor of North Gyeongsang province, Mr Cheol-Woo Lee, also emphasised that the longer route would enable mass transport of people and goods in an environmentally friendly manner, would enhance communication between regions and would be a driving force for sustainable development.

These arguments helped the rail project to pass the financial project evaluation of the Ministry of Strategy and Finance.

There are further plans mooted for a 350km/h high-speed line from Gimcheon to the island city of Geoje, with connections likely to be constructed between this line and both the Seoul - Busan high-speed line and the Middle Inland Line.