ARGENTINE Trains Infrastructure has completed a $US 27m project to upgrade a 127km section of the San Martín line between Cabred and Buenos Aires Retiro to improve ride quality and safety. 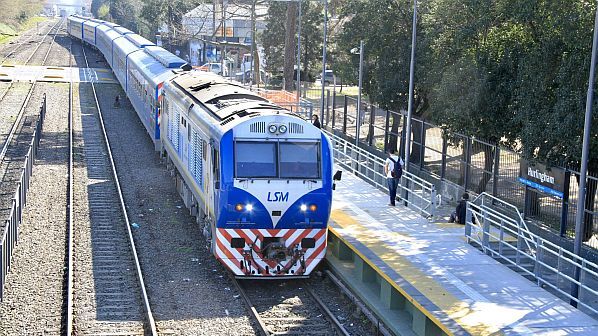 A 127km section of the San Martín line has been upgraded at a cost of $US 27m.

Prior to the work, the track was in poor condition and caused the trains to have excessive lateral movement and generate excessive noise. Speed restrictions were also in force in areas where the wear was greatest.

The work was carried out in two phases. Upgrading of the first 65km section between Cabred and Muñiz was completed in June followed by the remaining 62km between the Muñiz and Buenos Aires Retiro.

The upgrading of the San Martín line complements the construction of an elevated section between the Palermo and La Paternal stations, which eliminated 11 level crossings, and was completed in July.

These projects are part of a $US 500m scheme for the comprehensive renovation and electrification of the railway.