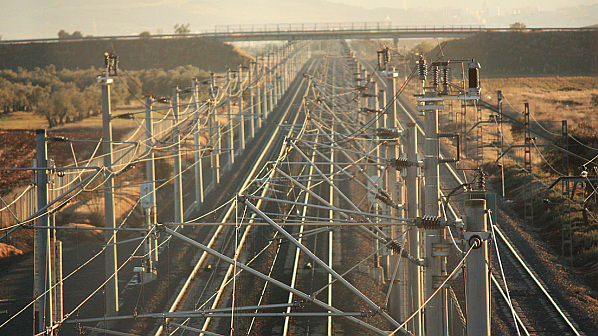 Assystem will oversee the development of the line.
Photo Credit: AIIB.

ASSYSTEM has been appointed by General Directorate of Infrastructure Investments (AYGM) of the Ministry of Transport and Infrastructure of Turkey to oversee development of the €640m 67km Ispartakule – Çerkezköy section of the Halkali – Kapikule line from Istanbul to the Bulgarian border.

As part of the 51-month contract, Assystem will monitor the project and provide a range of technical support activities for AYGM’s Project Implementation Unit (PIU). This will include environmental and social implementation support and compliance management, training of AYGM’s PIU, procurement and contract implementation support, technical railway engineering support, design and technical specifications, review, financial documentation compliance management and reporting, and project monitoring and evaluation.

The double-track, electrified line, has received a €300m loan from the Asian Infrastructure Investment Bank (AIIB) towards construction costs, and this followed a similar €150m loan from the European Bank for Reconstruction and Development (EBRD) in November.

For data on railway projects across Asia, subscribe to IRJ Pro.