The line from Slovakia to Vienna was first proposed in 2008. 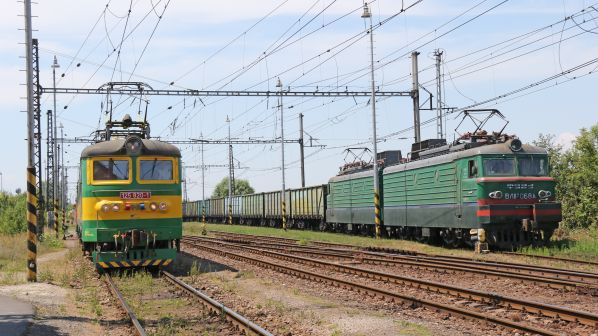 THE Austrian government has confirmed it has no plans to approve the construction of a proposed 1520mm-gauge line from eastern Slovakia to the Vienna area.

Federal transport minister, Ms Leonore Gewessler, informed the Austrian Parliament in late April that there are no plans to issue regulations that would enable any further planning of a broad-gauge railway project to be undertaken. In her statement, the minister cited the lack of progress in Slovakia and uncertainty over the project’s funding.

The lack of government support means the plan is effectively dead in the water, a move which has been welcomed in the area surrounding the proposed line. Five locations for potential transhipment terminals had been identified east of Vienna, which had led to wide scale local opposition from both the regional government and all 33 local authorities in the area.

However, the decision has been criticised by some industry groups representing logistics and other companies in the region. Some estimates had suggested the project would create around 127,000 jobs and boost overall Austrian GDP by €16bn.

Plans to create a 1520mm-gauge line from eastern Slovakia to Vienna were first announced in 2008. The new 450km line was due to be an extension of the 87km-long 1520mm-gauge ŠRT line opened in May 1966 from Užhorod in Ukraine to carry raw materials for a major new steel works at Haniska. The line was electrified at 3kV dc in the early 1970s.

Whilst the Russian, Ukrainian, Slovak and Austrian railways and governments were involved in the planning of the new line from 2009, no major progress was made on either detailed design or financing.

The Russian annexation of Crimea and intervention in eastern Ukraine from 2014 has disrupted Russian-Ukrainian relations, with cross border rail traffic largely ceasing. Despite both Austrian and Russian officials restating their intention to build the line in 2018 and early 2019, it remained unclear how the estimated €6bn project cost would be funded. Austrian elections in September 2019 resulted in a new government with the Green Party as coalition partners to the Austrian People Party, which changed the level of support for the plans.

During the 13 years since the project was announced, the rail market between the former Soviet Union and the EU has also been changed by the growth in “New Silk Road” carrying rail freight between China and the EU. Much of the China - EU traffic is currently routed via Belarus after transiting Russia before crossing into Poland at Terespol where the extensive Małaszewicze marshalling yards are used for the transhipment of containers and other freight such as coal.

The EU Commission opposed the project on the grounds that the expansion of standard gauge lines is key to the Trans European Network. In 2018, the commission stated that no EU funds would be available for the project. Some neighbouring countries such as Poland also opposed the plan, seeing it as a means of reducing transit traffic via Poland rather than an expansion of the overall European rail network.

The Austrian government’s decision is not unexpected given the lack of progress over the past decade. Russian Railways subsidiary Transcontainer also appeared to recognise the lack of development in the project when it decided last year to terminate early a 15-year lease from Slovak operator ZSSK Cargo on the 1520m/1435mm gauge intermodal terminal at Dobrá near Čierna nad Tisou on Slovakia’s eastern border.