The line speed has been increased to 200km/h, reducing journey times. 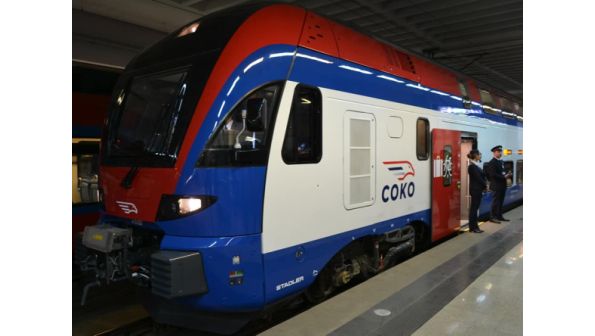 China Civil Engineering and China Railway 11th Bureau were awarded a Yuan 2.4bn ($US 370.4m) contract to conduct civil engineering and track upgrades for the 350km railway between Hungary and Serbia. Testing on the Belgrade - Novi Sad section began in January.

National operator Srbija Voz has introduced a new online ticketing system to coincide with the reopening of the line. Tickets will initially be offered at a reduced rate until April 30, with a one-way ticket on the inter-city and regional services at Dinar 300 ($US 2.81). Fares will then increase to Dinar 1000 one-way or Dinar 1600 return.

Reconstruction of the 108.1km section from Novi Sad to the Serbia-Hungary border north of Subotica is due to be completed in 2024. Upgrading the full line from Belgrade to Budapest is expected to cost €2bn, and will reduce travel times between the cities to 2h 40min.