Brightline Holdings has acquired a 44.5 hectare area of land that will be the home of Brightline West’s Las Vegas high-speed terminus station. 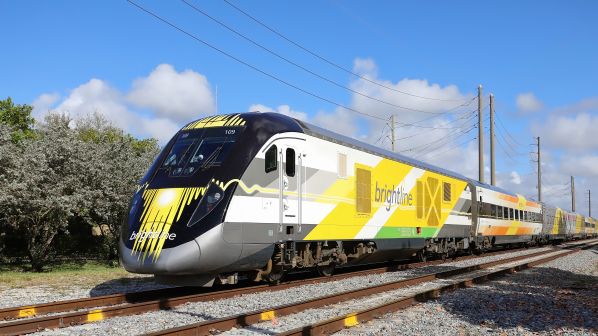 BRIGHTLINE Holdings has acquired a 44.5 hectare area of land that will be the home of Brightline West’s Las Vegas high-speed terminus station.

The company is developing an electric railway to connect Las Vegas and Los Angeles that is expected to carry more than 11 million passengers per year.

The newly-acquired site will also be used to develop an interchange for passengers to reach other key destinations from Las Vegas.

The site is at the southern end of the famous Las Vegas Boulevard and will offer easy access to the city’s Strip, Raiders’ Allegiant Stadium and the McCarran International Airport. It is seen as a central location within the city for those travelling to southern California.

“This announcement represents another important milestone for the project and is tangible evidence of our commitment and progress,” says Mr Michael Reininger, CEO of Brightline Holdings. “The location and quality of the site matches our aspirations for what will be the showcase for new high-speed rail in the country.”

“The site affords us the size and optimum characteristics to fully execute our vision that will be anchored by the most convenient connection between two of the most significant markets in the west,” says Ms Sarah Watterson, president and chief development officer of Brightline West.