THE 15.4km Ceneri Base Tunnel under the Swiss Alps is due to be handed over to Swiss Federal Railways (SBB) on September 4, 14 years after construction started, with operation due to begin by the end of the year. 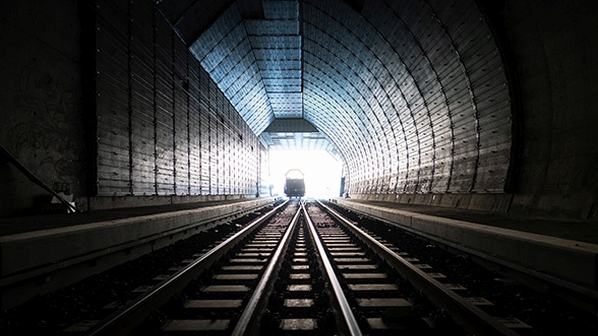 The tunnel is the final section of the Zürich - Milan New Alpine Rail Link (Neat) corridor project, which also included the Gotthard Base Tunnel. The opening of the Ceneri Base Tunnel will cut journey times between the two cities to less than three hours.

The tunnel was originally due to open in December last year, but this was delayed in 2015 due to a dispute over tendering for the railway systems.

SBB began commissioning the ETCS Level 2 system in the tunnel on February 29 ahead of the start of line testing by Alp Transit Gotthard (ATG), a wholly-owned subsidiary of SBB and the developer of the tunnel, the following day. Testing was disrupted in March due to the coronavirus pandemic, but resumed in April, with a ICE-S measuring train on loan to ATG reaching 275km/h in the tunnel at the start of May.

Due to the pandemic, the ceremony to hand over the tunnel will be smaller than originally planned, which would have seen 650 guests in attendance. On September 3, the Swiss president Ms Simonetta Sommaruga will meet with representatives from neighbouring countries to conclude the Neat project. The talks will include a visit to the north portal of the Ceneri Base Tunnel.

The official opening will be held on September 4, when Sommaruga will be joined by federal councillor, Mr Ignazio Cassis and the Ticino state council president, Mr Norman Gobbi. The CEO of ATG, Mr Dieter Schwank, and the CEO of SBB, Mr Vincent Ducrot, will also be in attendance.

The opening ceremony will take place at noon in front of the north tunnel portal near Camorino with a ribbon cutting ceremony broadcast live by Swiss broadcaster RSI. During the ceremony, a freight train will also make its first journey through the tunnel.

The tunnel will enter operation with the December timetable change. SBB is planning to hold an event on December 12, with the first scheduled service due to run on December 13.