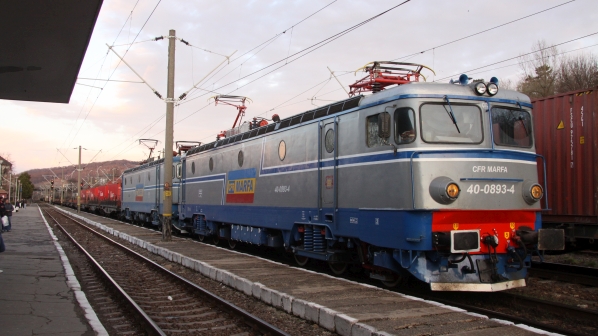 The contract covers upgrades of the 28km line between Caţa and Apaţa to allow for operational speeds of up to 160km/h for passenger trains and 120km/h for freight trains, as well as the construction of twin-bore tunnels with a total length of 13km.

Other tasks include the electrification of the double-track line at 25kV ac, and the implementation of digital interlockings, ETCS Level 2 signalling, GSM-R, passenger information systems and a traffic management system with a traffic control centre in Brașov.

Work is scheduled to be completed on the section in 2024.

Asocierea RailWorks, which comprises Alstom, Aktor, Arcada and Euroconstruct, was previously awarded contracts for lots 1 and 3 of the same project in March. The addition of Lot 2 means that the group is now responsible for upgrading the entire 128km line.

The upgrades are intended to drastically reduce travel times on the line from between 2h 40min and 4h 10min at present to under an hour. In addition, it is hoped that the upgrades will improve the line’s safety, efficiency and capacity.

Turkish firms Alsim Alarko and Makiol had originally been selected for the contract in 2019, but have since been dropped.

The Sighișoara - Brașov project is part of the Trans-European Transport Network (TEN-T) Rhine - Danube Corridor, which connects southern Germany with the Black Sea. Since 2012, Alstom has participated in upgrades to 75% of the Romanian section of the corridor, with five signalling and infrastructure projects on the route underway and two completed .

The project is primarily funded through a European Commission (EC) grant through the Connecting Europe Facility (CEF), with the remainder made up through government funding.