CHINA has reportedly resumed work on all rail construction projects outside Hubei province, the epicentre of the coronavirus outbreak. 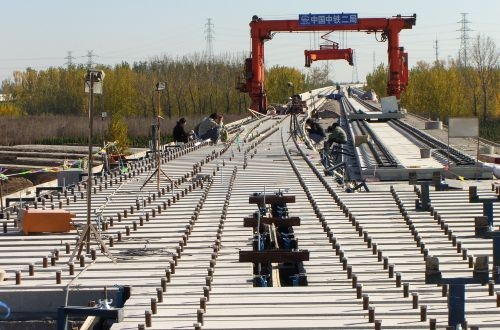 This follows a meeting of the Standing Committee of the Political Bureau of the Communist Party’s Central Committee, which called for an acceleration of work on major projects and infrastructure schemes identified in the national plan. China is keen to restart economic activity after the devastating effects of the shutdowns prompted by the coronavirus outbreak.

As of March 23, for example, work on construction projects in Yunnan had fully resumed, including the 751 construction sites on the Kunming - Wan, Dari, Dalin and Lixiang rail projects. On the same day, the first box girder was completed by China Railway Group on the 105.6km line to link the Beijing - Shanghai and the Qinhuangdao - Shenyang high-speed lines.

On March 25, passenger rail services started to resume at 17 stations in Hubei province except for stations in the Wuhan area. On March 28, trains will start to call at stations in Wuhan, but only to set down passengers. On April 8, passengers will be able to start boarding trains departing from Wuhan.