Route connecting Tibet with Kathmandu to be studied. 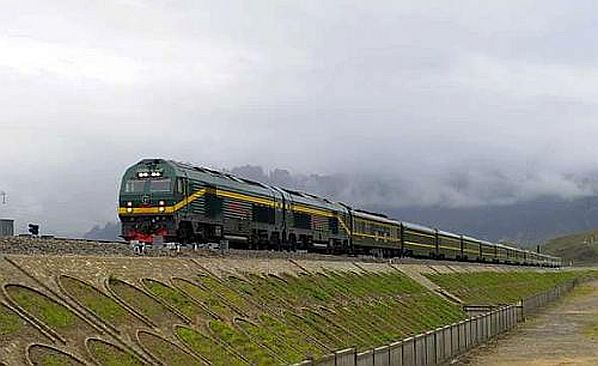 The route to Nepal would be an extension of China's railway to Tibet.

CHINA’s foreign minister, Mr Wang Yi, has announced that surveyors will be sent to Nepal to examine the feasibility of building a railway from the capital Kathmandu to the city of Kyirong in southern Tibet.

Yi made the announcement during a meeting with his Nepalese counterpart, Mr Narayan Khadka, held in the Chinese province of Shandong.

China and Nepal signed a Memorandum of Understanding to build the 150km Kyirong - Kathmandu route in 2018 under the Belt and Road Initiative (BRI). The new railway was expected at the time to open by 2025.

However, little progress has been made to date, due in part to the high cost and technical difficulty of building the line through the Himalayas.

In May 2021 he lost a parliamentary vote of confidence and was succeeded as prime minister by Mr Sher Bahadur Deuba, who has followed a more pro-Western policy, ignoring a call from China to turn down a $US 500m grant from the United States.

“No matter the changes to the international and regional situations, China and Nepal have always firmly supported each other on issues concerning our core interests, and have always stood side by side in the face of challenges,” Wang says.

He also announced that China would provide Yuan 800m ($US 118m) to Nepal this year.

“The two foreign ministers expressed their commitment for the timely implementation of the agreements signed and understandings reached during high-level visits in the past,” says a statement issued by the Embassy of Nepal in Beijing. “They agreed to expedite the implementation of China-assisted projects in Nepal.”