The contracts include the use of the largest TBM deployed in Singapore. 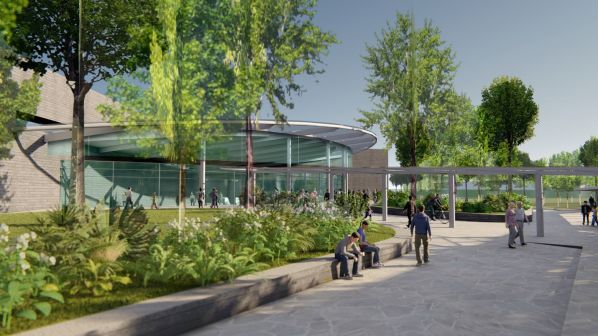 An artists impression of Aviation Park station on the CRL1.

Nishimatsu Construction has been awarded a $S 446m contract for the design and construction of the bored tunnel between Tampines North and Defu stations. The contract includes the construction of a facility building with underground basements to cater for the electrical and mechanical requirements of CRL1.

A 12.6m-high tunnel boring machine (TBM), the largest ever to be deployed in Singapore, will be used to construct a single 2.9km-long tunnel that will carry two tracks. This is expected to increase work productivity and reduce staffing requirements. The tunnel will be constructed at an approximate depth of 35m underground, reaching 50m at its deepest point.

The tunnel will mostly run through old alluvium, a predominantly soil-like substance comprising sandy and silty clay. This abrasive ground condition is expected to cause some wear to the TBM’s cutting equipment. LTA and the contractor will closely monitor the TBM’s progress and ensure that all works are carried out safely and timely with minimal impact to existing structures, including shops in the area. Construction of the tunnel between Tampines North station and Defu station is expected to start in December.

A second $S 320m contract was awarded to Hock Lian Seng Infrastructure for the design and construction of the underground Aviation Park station and tunnels. Construction works for the station, located next to Changi Coast Road and Aviation Park Road, are expected to start in the first quarter of 2022. The ground conditions in this area are expected to be challenging as they comprise thick layers of underlying marine clay. Safety measures will be taken when carrying out the earth retaining and stabilising structure and deep excavation works to ensure ground stability.

The 26km CRL is Singapore’s eighth metro line, and will serve existing and future developments in the eastern, north-eastern and western corridors, linking major hubs such as Jurong Lake District, Punggol Digital District and Changi region when it opens in 2030. Nearly half of the line’s 12 stations will interchange with another rail line, improving connectivity for passengers.