IRAN and India have moved to allay concerns that India has been excluded from the construction of Iran’s 628km line connecting Chabahar and Zahedan. 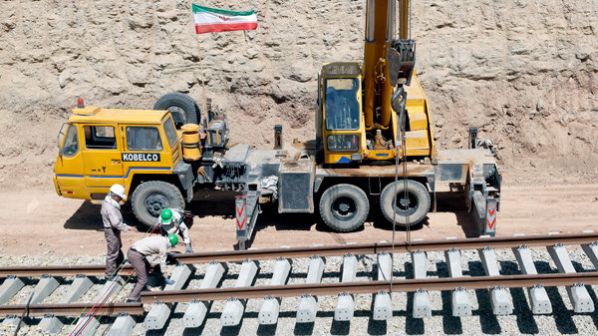 India’s future engagement with the project was muddied after Tehran, in a recent communique to New Delhi, expressed disappointment over the Indian government’s engagement and partnership, citing delays from India in funding and starting the project.

Without naming the United States, the Iranian government’s missive says that “no third party’s measures or restrictive policies such as unjust unilateral sanctions should be allowed to hamper the historical cordial relations between India and Iran.”

In the four years since India and Iran signed an agreement to develop Chabahar port and construct the new line at an estimated cost of $US 1.6bn, New Delhi has been accused of slowing the release of funds for the project, fearing US sanctions against Iran.

While an Iranian government official recently claimed that no deal with India on the rail line construction had been signed, the Indian government’s position is that the project continues to remain on track.

“Indian Railways Construction Company (Ircon) conducted the project feasibility study in association with the Iranian Construction and Development of Transportation Infrastructures Company (CDTIC) and issues related to the financial challenges Iran was facing were reviewed at the 19th Indo-Iran Joint Committee meeting in December 2019,” India’s foreign ministry spokesman, Mr Anurag Srivastava, said in a statement. “The Iranian side was to nominate an authorised entity to finalise outstanding technical and financial issues. This is still awaited.”

Iran echoed the position that India is still involved in the project. The Indian embassy in Tehran tweeted that the ambassador to Iran, Mr Gaddam Dharmendra, was invited by Iran’s minister of roads and the head of Iranian Islamic Republic Railway (RAI), Mr Saeed Rasouli Dy, to review ongoing cooperation on the project. “Rasouli stated that vested interests were behind recent reports that Iran excluded India from the Chabahar - Zahedan railway,” the tweet said.

India has reportedly begun shipping $US 150m worth of track equipment to Chabahar to build the line, for which India had pledged an additional $US 400m. Iran allocated another $US 125m to the project in December 2016.

Speaking to IRJ, Ircon chairman and managing director, Mr S K Chaudhary, confirmed that additional funds had not been allocated from the Indian side in recent years, but said that the “project was on track, as he had not been told about any change in plans.”

India’s Ministry of Railways spokesman, Mr D J Narayan, refused to comment, saying that the matter was being pursued by India’s Foreign Ministry.

These developments come on the back of reports of a Sino-Iran economic and security partnership agreement currently being developed that envisages $US 400bn in Chinese investments for infrastructure development over the next 25 years.

Iran began tracklaying on the line on July 7. The line will connect with the Zehadan - Bafgh - Tehran main line, allowing for direct freight services between Chabahar and the rest of Iran, as well as the landlocked countries of Kazakhstan, Turkmenistan and Afghanistan. China Railway is expected to participate in the project at some stage.